You are not qualified to read this piece if you didn’t celebrate the children’s day with  at least any child. If you didn’t, pause reading, meet a child and bless him or her with a gift, words of encouragement prayer or any other way you can put a smile on the child’s face.

As a parent, please cook their favourite, take them to amusement parks, go out to meet their neices and nephews, allow them some time to.play, argue and get back together as kids. That’s the feeling of being a child. If you had done any of these, you can read on.

Children they say is future of any family or nation. A family is said to be incomplete without the presence of a child(ren), this brings about the emotional imbalance and vacuum found in families without an issue. The value of children in the family and the society at large cannot be overemphasised. 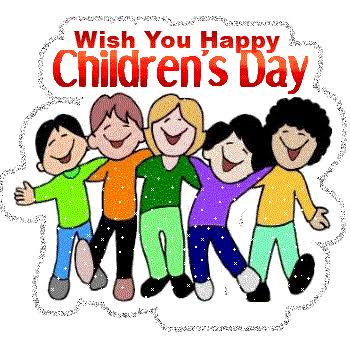 It’s  of great interest that the concern and care of these children should be put into consideration both in the family and the society at large. Many children has suffered neglect and no love from the family which creeps into the society. Therefore it is not only necessary but also heavenly to show a great demonstration of love  towards children

This action of love and care is not ruled out in the family. The family is the primary contact of any child. The impression and attention a child gets from the family has alot to contribute to the perception of how a child views Children’s Day. Parent(s) should see it as an obligation to use the Children’s Day as an opportunity to treat their children with special love and attention.

Taking time out of their tight schedules to impress these children and if possible also pay visit to the Orphanage with gifts, this will create a mindset in these children that Children’s Day is not just a public holiday but a day that every child should enjoy love and care from parents and the society at large.

History says that children’s Day began on the second Sunday of June in 1857 by Reverend Dr. Charles Leonard, pastor of the Universalist Church of the Redeemer in Chelsea, Massachusetts: Leonard held a special service dedicated to, and for the children. Leonard named the day Rose Day, though it was later named Flower Sunday, and then named Children’s Day.

It went further to become a commemorative date celebrated annually in honor of children, whose date of observance varies by country. In 1925, International Children’s Day was first proclaimed in Geneva during the World Conference on Child Welfare. Since 1950, it is celebrated on 1 June in most Communist and post-Communist countries. World Children’s Day is celebrated on 20th of November to commemorate the Declaration of the Rights of the Child by the UN General Assembly on 20 November 1959.

For Turkey, children’s Day was first officially declared a national holiday by the Republic of Turkey in 1920 with the set date of 23 April. Children’s Day has been celebrated nationally since 1920 with the government and the newspapers of the time declaring it a day for the children. However, it was decided that an official confirmation was needed to clarify and justify this celebration and the official declaration was made nationally in 1929 by the founder and the President of the Republic of Turkey, Mustafa Kemal Atatürk.

27th May is recognised nationally as the Children’s Day in Nigeria. This day should not just be an observed holiday but rather it should be an important day for the children whereby the government if possible should map out funds for the children most especially those in the Less Prevailed Homes and Orphanages as well. This we believe will create a feeling of belonging to these children and making 27th May of every year an expectancy date for them and also a memorable one as long as he or she is still a child.

While growing up, I envisaged 27th May each year, because it was a day that I set to see my classmates who had left my school to another school where we’ll meet in the local government. We will then, enjoy the match pass, dances and choreography. Sometimes, have a hand shake with men of great caliber. But it is so saddening that those days have become memories not fljusy for me but for almost all the children in Nigeria.

Certainly, no parent will let her child out in an  insecure country as mine. Things have really changed. This wasn’t the country we wished for and prayed for our children.

Please I plead again, if you have a child, make him happy. Let’s stop the maltreatment, child abuse. Our children are seeing enough already to be ill treated still in this nation.  We want a nation where the children can still gather to play without fear of being kidnapped, killed or abducted for an unjust reason. Our children cry for freedom and they yearn for a safe country.

To all children of this nation, I wish Happy children’s day.