Hagiography 109: Blessed Iwene Tansi,Priest-Monk whose One Eye Sees many Things

Each time we celebrate the Saints, what we celebrate is not their earthly titles or awards, but their holiness of life which accorded them a transition from being the pilgrim Church on earth unto the Triumphant Church in Heaven. Every January 20, the Church, especially in Africa, and most especially in Nigeria, celebrates the Feast of Blessed Iwene Tansi who by God’s prerogative, enjoys the privilege of having the trouble attribute of a priest and a monk.

In other words, we rejoice with Heaven that our brother, Tansi, who, had one eye, was both a Diocesan priest and a Cistercian monk, but despite his earthly deficit in sight, now sees God as He really is in Heaven. Why is there emphasis on this man’s sight? What is so special about his eyes that requires a strong attention?!

The life of Tansi is that filled with sorrows. In fact, these sorrows are depicted in both his Igbo name and surname – Iwene (in full, Iwegbunam) and Tansi (in full, Tabansi) respectively. While, I cannot claim to be an authority in exegesis of these names as a linguist, both in its orthography and its pragmatics, at least, the striking point of these names is the semantics.  _Iwegbunam_ is rather in form of a plea, and it means “let sorrow or anger not kill me.”

_Tabansi_ appears in form of a command meaning “May you endure evil (poison) with patience”, yet the context of these names come from the practical situation (pragmatics) that formed them.

To a great extent, we become what we bear. In like manner, the bearer of these names truly experienced their meanings when evaluated from human and spiritual binoculars. Having renounced and destroyed his personal idol at a tender age, Tansi devoted himself to being a Christian by being first a catechumen. 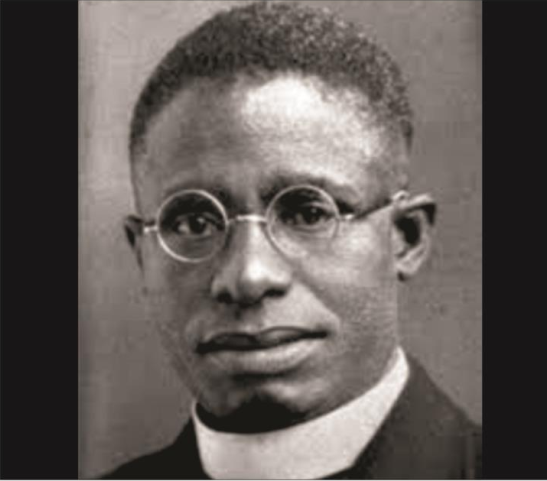 Later on, he lost his sight while playing with his friends. Yet, those who knew this were less in number than those who knew not. In Tansi’s world, he took this as a life-long penance that will remind him of Jesus’ condition for discipleship – carrying our crosses and following him. It was later discovered that he confided in his fellow Cistercian monk who found out not to disclose this to anyone. Under obedience, he preserved it till his death.

Tansi is not a Blessed because he lost the sight in one of his eyes, but rather because he accepted the lost sight as a blessing just as Jesus accepted the Cross as means of saving us. This is evidenced by the truth that he never spoke of this to anyone, yet he and God alone knew what he was battling with all through his life. It does not mean that He enjoyed blindness on one eye, for to be blind is to be half dead.

Tansi, did not see this as a distraction. And so, our own brother teaches us that our the way we handle our cross determines the way we go towards our salvation. Instead of frequent complaints, he encourages us on frequent Thanksgiving, for in thanking God for making us sharers of penance, our crosses become less burdensome. This is the secret behind Tansi’s holiness.

He teaches us to learn be courageous and take up our cross, for it brings a crown at the end, and that if God wishes to prove to us that He loves us by giving us opportunity to bear witness to Him in suffering, we should prove to Him that we love Him by accepting it in a loving manner.

When this is done in thanksgiving, then we are blessed and sanctified. Perhaps, this is logic and inspiration behind the two books written by Blessed Tansi, _Irrational Love_ and _The Royal Way of the Cross._ Today, we celebrate Tansi who now receives the divine royalty forever after making serious efforts to be in Heaven.

His life tells us that we too can make Heaven because it is our true and best home. The simple truth about him is that despite losing his sight in one eye, he always used it to see many ways of being a holy man, and today he is. With his blind eye, Tansi saw holiness. Let us imitate him and pray to him saying:

That we may be made worthy of the promises of Christ!

Written for *School of Mary*