The sole offspring of a middle-aged mother vulture on a fateful day went to market and bought six cups of pre-boiled breadfruit. When he came home, he pleaded with his mother to cook it for him. Afterwards he proceeded to the farm to cultivate some crops. He worked tirelessly for about six hours.

Then he became tired and hungry. My people say that hopeful hunger does not cause harm. He went home salivating on the way because of the six cups breadfruit that his mother must have cooked and garnished for him.

Eventually he arrived home. The aroma of the delicious breadfruit, which was his favourite, filled the whole house. He happily beckoned on his mother to give him the special delicacy. The caring mother went to the kitchen and brought it in the pot with which it was cooked. Knowing that her son was a difficult person, she dared not take any portion for herself.

When the hungry young vulture opened the steaming pot, he was disappointed with what he saw.  Instead of the breadfruit to increase in quantity like rice, it sunk down to the base of the pot. The English adage says it right. A hungry man is an angry man. I hope woman is included here. Or is a hungry woman a happy woman? Thus the hungry son vulture accused her mother of consuming the major quantity of the breadfruit while leaving a small quantity for him. 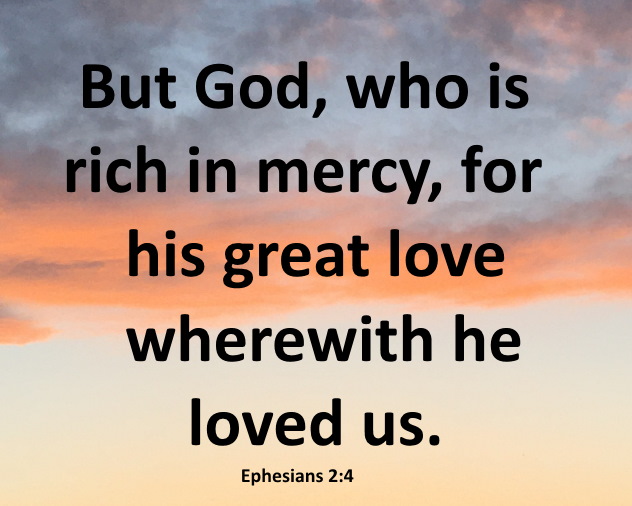 The mother swore an oath that she did not. She only tasted with a small spoon when she felt it was done. Out of extreme anger, the hungry young vulture locked his mother in their hut and set it on fire. Then he flew away with his heart boiling. The innocent mother vulture screamed and shouted for help, but none came. The inferno consumed her, the breadfruit and the hut.

When the son’s anger subsided, he regretted his excessive action. He flew back to rescue his mother. But it was already too late. It was like offering a sick person drugs after death. What he saw threw him off balance. His mother and their hut had been burnt into ashes. His father died few weeks after he was born.

Now he has stupidly killed his caring mother. In addition he had nowhere to lay his head. Being the only child he had nobody to go to. His situation became hopeless. He wept while hovering over the smoking fire searching for his mother. He regretted and cried helplessly, “Had I known!”

This is the reason why till today the vulture hovers over any place something is burning, still searching for his mother. This is a great lesson for us and rich food for thought.

History continues to repeat itself. Not long ago, a female married lawyer accused her husband of marital infidelity. Let me digress a bit. Are all those working and banking in Fidelity bank free from godly and marital infidelity? A big reward awaits the best answer. Back to land. The aggrieved wife was nursing her anger and was waiting for an opportunity to retaliate.

It happened that the unsuspecting husband came back from work tired on one fateful evening. He excused himself from the wife to have a little sleep before supper. When he started snoring like a local pig, the aggrieved wife went and lay beside him with a sharp kitchen knife concealed under her pillow. She pretended fondling her darling husband.

The sleeping and snoring husband was enjoying the caressing half asleep and half awake. At the climax of the artificial love affair, the devil struck. The angry and suspicious learned wife quickly brought out the concealed sharp knife. She chopped off the manhood of her validly married partner from its base.

He screamed in great pains and eventually bled to death. No one was around to help. The murderer was arrested and is now waiting for the hangman’s rope in prison. She cries everyday “Had I known!”

When the hunter saw that her victim has given up the ghost, she was confused and downcast. She pushed him severally shouting, “Darling! Darling!! Darling!!! Please wake up!” But it was medicine after death. The deed had been done. Indeed she did not intend to kill him, rather her intention was to render him manly powerless. She regretted her violent and bloody action. If she had the power, she would have raised him back to life. It was too late. She shouted and cried, “Had I known!”

According to the Book of Genesis, the Almighty God created human beings in his own image and likeness. Male and female he created them. He further commanded the first couple, Adam and Eve, to increase, multiply and fill the earth and subdue it (Gen. 1:28). In his benevolence, God housed them in the Garden of Eden (Paradise) to be happy always. He gave them all the animals and trees for their wellbeing.

However, he warned them not to eat from the tree of life and death. They were placed under the penalty of death should they eat its fruit. Later they were seduced by the devil in form of a serpent to disobey God. Consequently they were driven out from that Garden of happiness to the field of suffering.

Adam accused Eve of being the cause of his failure while Eve accused the serpent for seducing her. Invariably, Adam and Eve might have cried, “Had we known!”

Our God is kind, merciful and loving. In normal parlance, a merciful mother beats her child with the right hand and later consoles him or her with the left hand. Likewise, God chastises and saves. He sent prophets to the fallen humanity times without number.

Even when he destroyed the world and all human beings in it in the deluge, except Noah’s Family, male and female of all animal species, God later regretted his action. At the fullness of time he sent his only Begotten Son to salvage sinful humanity through the Cross. What a merciful Father! Through the sacrificial mission of Jesus Christ, God opened once again the Gate of Heaven, which was closed after the fall of man from grace to grass.

My people say that you cannot marry a wife for a man and also purchase mat for them. A good teacher cannot promote a lazy student to the next class. Hard work leads to success. Thus, only the righteous can make heaven. However, no one is righteous enough to see God who is perfection par excellence. The equation goes like this: Struggle + God’s mercy = Heaven.

We shall have ourselves to blame if we do not make heaven. Each of the damned souls in hell is languishing and crying daily, “Had I known!” If we who are about to die do not retrace our steps, then we shall cry and regret with them. God forbid! I must go to heaven. If you are optimistic, then God approves.

History is the best teacher. It is unfortunate that the Federal Government of Nigeria has abolished the study of History in our school curriculum for selfish reasons. Hence our children are wallowing in ignorance of the past. It is the past that begot the present while the present leads to the future.

The past, the present and the future are indispensable as far as humanity is concerned. We learn from past mistakes. There cannot be corrections without mistakes. In my primary, secondary and higher institutions of learning, corrections were done after academic tests. From the corrections one becomes a brighter student. Again my people maintain that a stick does not choke one’s eyes twice.

As rational beings, created in the image and likeness of God, we must think before we act. Action follows deliberation; not vice versa. I still remember the Motto of Young Christian Students (YCS), which says, “See, Judge and Act” (SJA). If you see and do not judge before acting, you will end up regretting. Likewise, if you act before seeing and judging, you will end up in great trouble. If you eat every edible thing you see without making enquiry, you will end up in your untimely grave.

Since my childhood I have been hearing that opportunity comes but once. That saying has not been altered. Since there is no reincarnation, we must make good use of this human life endowed to us by God the Creator. Remember that the divine eternal examination is at the doorstep. According to Saint Paul, “Each and every one of us will give account of one’s life before the judgment seat of God” (Rom.14:12). Shall we succeed or fail? A stitch in time saves nine. We shall reap what we sowed (Galatians 6:7). ‘Had I known’ shall not be my portion and your portion! Say a big AMEN! “Onye kwe chi ya ekwe” God helps those who help themselves.