A group, Peter Obi Support Network (POSN) says it has commenced action to raise the sum of N6 billion for the presidential bid of former governor of Anambra State, Mr Peter Obi.

The group said the money, when sourced, would go into only two projects: hiring a private jet for Obi to tour the entire country with his campaign message, and also funding the former governor’s media budget.

One of the coordinators of POSN, Mr Daniel Elombah, media practitioner and publisher of Elombah.com, announced in a message, that already, the group was recruiting bloggers and other media practitioners for the project. 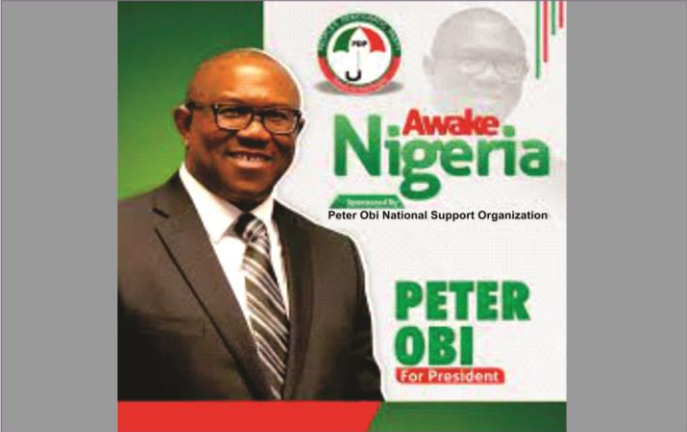 Part of the message read: ‘The Peter Obi Support Network (POSN) is crowdfunding for Peter Obi’s presidential campaign because they are worried that Mr Obi appears to have no formidable mobilization structure on the ground.

‘As you all are aware, running for President in Nigeria is way beyond social media or speaking grammar. He needs to hit the ground running and so POSN has come to the rescue.

‘PETER OBI SUPPORT NETWORK is made up of Nigerians in Nigeria and in diaspora who have come together to contribute personal efforts and to contribute financial resources to help finance the expenses of Mr Peter Obi’s presidential campaign, given the belief that he is the most suited to lead Nigeria at this time.

‘POSN aims to raise 6 billion Naira for Peter Obi. Peter needs a hired private jet for 14 days to crisscross the 36 states of country and Abuja to meet the national delegates to solicit for votes. Peter Obi needs the media.

‘POSN will use every money raised to finance the two activities above,’ Elombah wrote.