This was contained in a communique issued by the group at the end of a one day convention, themed, “Peace, Reconciliation and Stability in South East”, held last Thursday in Awka. Fides gathered that the group comprised Ohaneze Ndigbo Youth, National Youth Council of Nigeria (South-East), Nigerian Youth Congress (South-East), National Association of Nigerian Students (NANS) and other youth leaders of South East extraction. 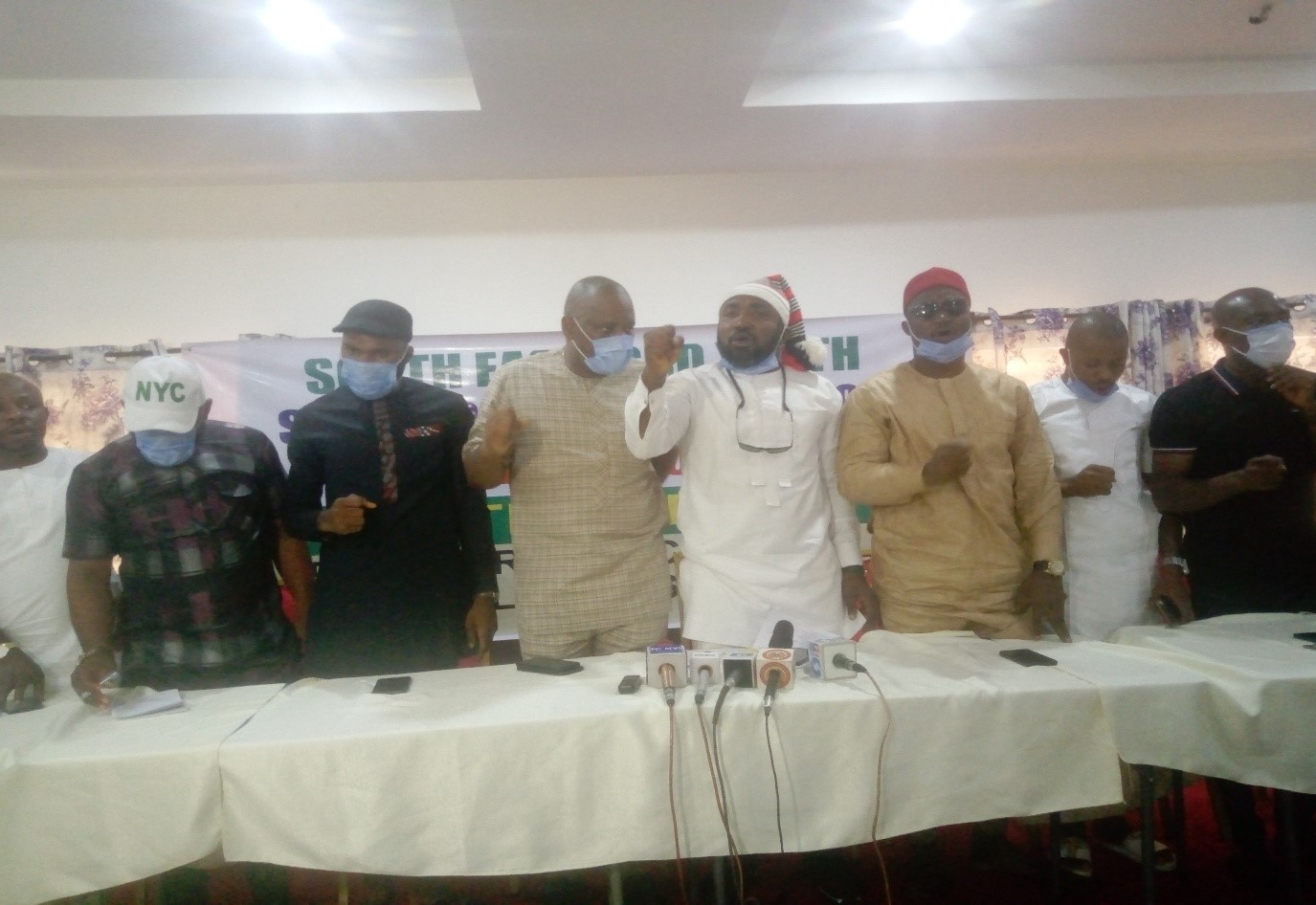 A cross-section of Ohaneze Youths reciting their solidarity anthem

‘The heightened insecurity in the South-East which has resulted in the loss of lives of our people, security agents and property, is highly regretted and we deeply commiserate with the families of the bereaved. We therefore call on the South-East governors to synergize and liaise with relevant stakeholders, especially the youth, to arrest the current security challenges in the South East.

‘We condemn in totality the wanton destruction of life and property in the South-East and call on the perpetrators of these criminal acts to desist from such forthwith and seek for a proper means of airing their grievances,’ the group said.

Speaking further, the leader, Mr Chukwuma Okpalaezeukwu, demanded that South-East governors, as a matter of urgency, de-proscribe IPOB (Indigenous People of Biafra) as a terrorist organization, and to also release all political prisoners of Igbo extraction

He also advised the South-East governors to fully implement the recommendations of the ENDSARS panel reports, especially on Youth Development; even as he charged that they review the Laws of their various State Security Council Committee to include critical youth stakeholders.

Mr Okpalaezeukwu appealed that for the sake of fairness, equity and justice, every political party should zone their presidential candidate to the South-East.