Greatest Love of All to our Children, Our Future, on Children’s Day

Home, as far as I’m concerned is wherever you return to and feel peace. I left home about eight weeks ago and every day I spent outside my home, I felt a tug at my heart strings that was super proof that I greatly missed my children. I tried calling them as much as I could, but whenever I couldn’t do so, I would be shrouded with guilt.

Children are indeed precious gifts from God. What would life be without them? As my friend would usually say, what would marriages be without these children? Believe me when I say that children can be likened to the balance that has kept most of the pendulums of marriages swinging without crashing.

Take them away from the family tree and you’ll be left with a lifeless piece of wood without branches. Children are truly the future we see. They are the people who truly have consciences that judge our actions and inactions as their parents, caregivers, mentors or teachers. Children are the truth. They are life. They are soothing balms to our ever aching hearts, bodies and souls. The 2020 Children’s Day has just come and gone without the usual fanfare, and it’s all thanks to the Covid19 pandemic.

I however, think they deserve to be celebrated all the same in every little way we can. My friend, Ikeddy Isiguzo wrote a beautiful piece which is dedicated to these children. I hope you enjoy it as much as I did. He captioned it ‘Greatest Love of All to Our Children, Our Future, on Children’s Day’. Please read…
I believe the children are our future
Teach them well and let them lead the way
Show them all the beauty they possess inside
Give them a sense of pride to make it easier
Let the children’s laughter remind us how we used to be

THE lyrics of The Greatest Love of All, Houston Whitney’s 1985 hit challenge our love for our children who we claim are our future. Just go through those words again as they radiate how much we have failed woefully in catering for our children. No excuses are good enough to explain our lack of care for our children.

Is it not a reflection of disinterest in the future unless the future is about the next elections, the best appointment to offices, the next multi-billion naira contract? Where do these leave our children? What future do we have for the children? Are we running the country as if it has a future? Is there a future for the children distinct from what Nigeria is becoming? Concethat of that song that date back to 1977 when Linda Creed wrote it while battling with cancer.

George Benson performed it then and it was used as the theme song for Mohammed Ali’s epic film, The Greatest.

Since then many artistes including Shirley Bassey have made versions of it. Benson did four versions including three with world famous Italian performer Luciano Pavarotti. Younger generations are more familiar with Houston’s popularisation of the song. What stands the song out in every version, on every stage, every performance is the children theme, the future, and the need to nurture.

It is sheer hypocrisy to mouth happy Children’s Day as we mark their day today. This celebration is unique to Nigeria. Different countries have different dates for their Children’s Day. However, the United Nations through UNICEF annuallycelebrates World’s Children’s Day on 20 November.

Nigeria’s celebration of children on 27 May originated from the Empire Day celebrations that saw children marching enthusiastically to honour the day our lands were taken over by the British. It was still Empire Day into the first decade after independence.

The origins and the re-naming of the event has not done much for the children except that they get a day off school. Over the years, the celebrated marches at divisional headquarters and state capitals have ceased. There is nothing to celebrate. We have refused to make our children happy on their day. We have comprehensively compromised their future by refusals to act with the children in mind.

The examples are in child marriages, child labour, the high number of out of school children, and the poor environment in which those in school learn. Nigeria has the highest number of out of school children. It is a national challenge but worse in some parts. The official figure of 13.2 million out of school children is based on Demographic Health Survey, DHS, the United Nations Children Fund, UNICEF, conducted five years ago. A few millions could have joined the streets with displacements through insecurity and climate change.
Executive Secretary of Universal Basic Education, UBEC, Dr. Hammid Bobboyi, at the Northern Nigerian Traditional Rulers Conference on Out-of-School Children pre-conference briefing in Abuja in October 2018 gave the official figure of 13.2 million children who are not in school.

To put the number of our children who are not in school in perspective, if they were to be a country, they would be the 25th most populated country in Africa, ahead of Zimbabwe, Tunisia, Guinea, Chad, among others. The number of our children out of school is more than the combined population of these seven African countries – Namibia, Botswana, Lesotho, Gambia, Gabon, Guinea-Bissau, Mauritius.

Is the Child Rights Act (2003) still a law in Nigeria? The 17-year-old law that emphasises the rights of the child, makes provisions for every child to have basic education, frowns at child labour, and is against child marriages, is the most disobeyed law in Nigeria. States under different guises refuse to implement its provisions. Millions of our children are hawking. More are begging.
They are on the streets daily endangering their lives, rising from petty thieves to the next set of big time criminals. It does not concern the leaders whose children are in better circumstances. They are unmindful of the consequences of millions of today’s uneducated children becoming adults, uneducated, and without any skills for survival in the digital age. When politicians call children leaders of tomorrow, do they know no tomorrow is possible without today’s children?

Are they deliberately excluding some children from their tomorrow? Lest we forget, tomorrow only means the next election. Elections matter, children do not, that is the thinking of politicians. For them children are photo opportunities. Nigerian children are not the only ones endangered, neglecting them endangers the Nigerian society. Nigeria insists on defying logic by building the future without children.
Nigeria is building a dreadful future without taking care of her children. Before us is the future – today’s street kids are future criminals. Enough of the hypocrisy. Children do not count in Nigeria. They are just counted. We are breeding generations of street gangs if we ignore the child hawker, the beggars, and whatever else we call them.

If these children are the future, what type future awaits our society? Do we still talk of a better future? Whose job is it to get the kids out of the streets? Everybody can do something to save our kids, but our governments should lead. They should also support those who are taking the children off the streets.

A great first step for governments would be to implement the Child Rights Act. It is Children’s Day. Just speeches and more speeches. The speeches are filled with the same lies we have shamelessly told ourselves about the importance of children.

If we are serious with the future, everyday should be Children’s Day. These days when we say the children are the future, our future leaders, it sounds like we are mocking not just the children but our extensive capacities to live comfortably with our own lies.

Smell the Coffee, Nigeria is Five Minutes Away from Afghanistan (Part 2) 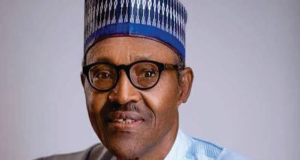 Smell the Coffee, Nigeria is Five Minutes Away from Afghanistan 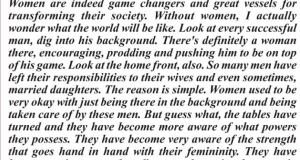