Ask any Nigerian sports administrator what their priorities are, they will tell you that grassroots sports development and harvesting of talents rank high on their wish list.

So desirable is the need for developing sports at the grassroots that successive administrations make it a catchphrase when rolling out plans for youths and sports.

According to the circular, the department was established to scout, identify and develop talents as well as raise fitness consciousness and mass participation in sports and recreational activities amongst Nigerians. 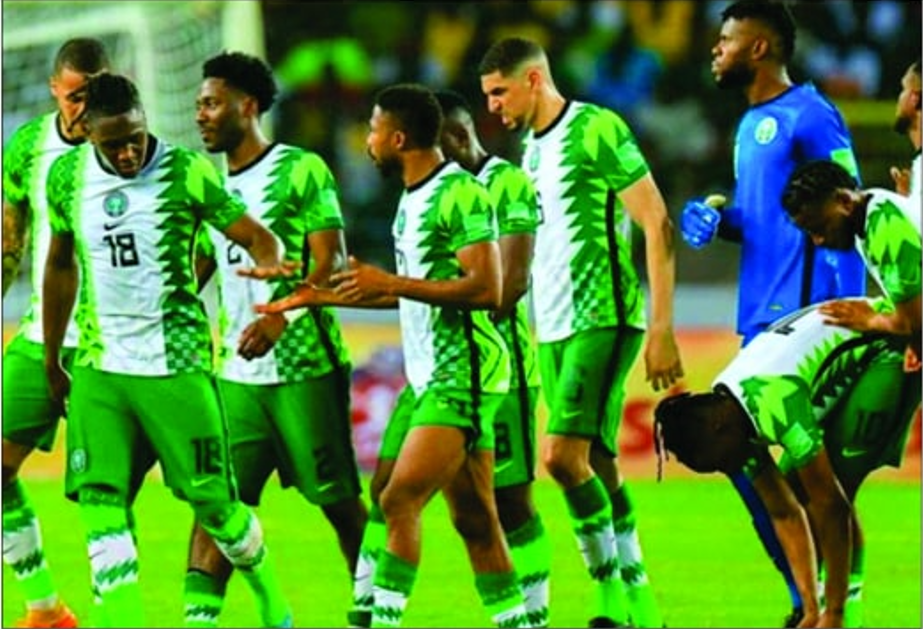 The GRSD has 10 specific functions, including guiding the implementation of grassroots sports development policies with a view to increasing the number and quality of talents in sports.

It is also saddled with the responsibilities of initiating policies on grassroots sports development in the country and identifying and developing sports talents.

Other responsibilities of the department are: to plan, organised and co-ordinate the National Youth Games; encourage mass participation in sporting activities; and coordinate school and youth sports activities within and outside the country.

Similarly, in 2011, the then Minister of Sports, Prof. Taoheed Adedoja, inaugurated a 28-man committee to revive and widen the scope of the Nigerian Academicals Soccer Competition to include other sports.

The committee was headed by former Nigerian football international, Segun Odegbami, a product of academicals football in the early 70s.

It was expected integrate other sports like badminton, volleyball, handball, table tennis, gymnastics, track and field, taekwondo and swimming into the ‘ACADA’ framework.

Adedoja said then that government intended to return to the glorious days of the Academicals in the 60s and 70s when secondary schools participated in football competitions nationwide.

Grassroots sports development received a boost with the introduction of the sporting competition among Nigerian university students, organised by the Nigerian Universities Games Association (NUGA).

So was the introduction of the National Sports Festival during the Yakubu Gowon administration shortly after the Nigerian Civil War.

The Youth Sports Federation of Nigeria (YSFON) also came into existence to add energy to the new enthusiasm in grassroots sports development that was sweeping across the land.

However, sports enthusiasts believe that those sports development models started to decline when their core objectives were compromised.

“I can tell you that I was old enough to witness the days when those competitions flourished.

“But later, instead of using them as platforms for talent hunt, they were compromised by the desperation to win laurels at all costs.

“For instance, after the Second National Sports Festival hosted by Lagos in 1975, the U-13 category was scrapped due to age falsification.

“The YSFON capitulated for lack of support. Although both the NUGA competition and the National Sports Festival are still running, they add little value

Today, mercenary sportsmen and women are recruited to win medals so that officials could earn promotions,” said  Clem Oluwole, a sports enthusiast.

Credit to the present administration, the National Sports Festival was revived in 2018, following six years of in the limbo, as its 19th edition was held in Abuja.

Enthusiasts say one of the major impediments to sports development is a lack of adequate sports facilities, especially in rural and sub-urban areas where raw talents abound.

Another snag identified is the shortage of games masters both in schools and facilities that are supposed to lay the foundation to grow grassroots sports.

“You have to trust people enough to commit resources to them and be patient, as results come slowly.

“If you are impatient and demand quick results from baby steps, then you will end up using a sledge hammer to kill an ant,” he said.

In a 2017 article: The ‘death’ of grassroots sports in Nigeria, Odegbami said the breeding ground for sports talents had shifted to Europe and America.

“This development clearly shows that there is something very wrong happening to the country’s grassroots sports development,” he said.

But the dividends of developing sports at the grassroots go beyond harvesting talents to represent the nation in competitive sports.

For instance, researches show that when young people channel their energy into sporting activities, social vices reduce drastically. There are also mental and physical health benefits.

Involvement in grassroots sports enhances a shared sense of community, not only among participants, but also in the larger community; it strengthens bond of understanding and fosters unity.

In April, Sunday Dare, Minister for Youth and Sports Development, promised that two major all-encompassing documents that would reposition sports in Nigeria were being developed.

“The National Sports Industry Policy (NSIP) and Football Masterplan Committee would produce two wholesome documents that would further foster sports development as well as provide a comprehensive framework to guide sports development in the country,” he said.

But critics say rather than spend time and resources on new policy documents, government should revisit previous unimplemented documents gathering dust in the shelves.

There also has to be a clear understanding of how sports development programmes are to be funded.

Thus, the GRSD should collaborate with the Ministry of Education and government at sub-national level to come up with a grassroots sports development model capable of returning Nigeria to its glory days.

President of the Nigeria American Football Association (NAFA), Babajide Akeredolu, has said that the country can get more local and foreign investors to contribute to the development of sports when American football eventually becomes one of the top sports in the nation.

Speaking in Lagos at the unveiling of the U-18 boys and girls national teams, Akeredolu said the discovery that Nigeria has the largest number of players of African descent playing in the National  Football League (NFL), the highest level of American Football, which is one of the richest team sports in the world, indicates that there are abundant talents across the federation that can make American football a money-spinning league in Nigeria.

Akeredolu, who was excited about the establishment of the first U-18 national team for Flag Football, said Nigeria’s participation in an international championship next year will boost international awareness of American football in Nigeria and also expose young secondary school players discovered in the country to a high level of competition in the sport.

He added that arrangements were in top gear to search for more talents in the sport across the country, saying that NAFA’s organisation of a vibrant American Football League is in the pipeline

“NAFA has so far experienced fast and steady growth due to Nigerians’ acceptance and embrace of American Football.

“We are delighted that the organisation of American Football has finally brought the country into the multibillion-dollar industry, where Nigerians abroad are seen to be overachieving.

“An example is the fact that Nigeria has the largest number of players in the American Football league (NFL). A number that is said to be up to 10 times more than any other nation in the world except America.

“The sport is another pathway to success for Nigerian youths. We are focused to train and engage the youths and create more opportunities for them in the sport,” he said.

NAFA General Secretary, Lawrence Ojaideh, told The Guardian at the weekend that the association has commenced a capacity-building practical school team set-up programme across the states to train more coaches for the sport.

He said: “We have spread the capacity building exercise we started in Lagos to other states.

“Osun State, Ondo State, Akwa Ibom and FCT are also listed for the capacity building exercise.. NAFA is committed to creating more awareness of American football to all the geopolitical zones of the country,” he said.

He also revealed that screening for more players across the country for the junior national teams will hold next year, adding, “catching players young will help develop the sports in Nigeria. We are also  focused on taking the training of the sport to more schools in the country.”