One saddening aspect of our national life is the penchant of our people to exploit any available opportunity to their advantage. From civil servants to business people, the story is the same. But it is among the civil servants that this attitude has become more pronounced and nothing has exposed this more than what is now known as the Monday sit-at-home strikes.

On such days it has become customary for government workers to shun work and face other businesses on the pretext that it is a sit-at-home day which the Indigenous People of Biafra (IPOB) had earlier proclaimed. But even though IPOB would later suspend the sit-at-home strike on Mondays, it has seemingly stuck, especially given the antics of the enforcers to scare people with violent activities.

But this has now been exploited by workers who now stay away from work on such days. Last Monday at General Hospital,  Enugwu-Ukwu, Fides found no sign of life there when it visited the hospital around ten in the morning. All the offices were under lock and key, with no doctor, nurses, or, indeed, any member of staff seen. One can then imagine the fate of patients at the hospital if they were to need the services or attention of the doctors. 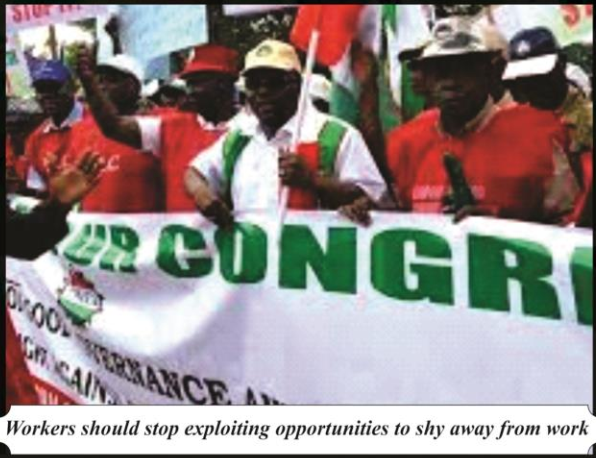 But right across the road, where there was a private hospital, it was a different story as the hospital was doing business. This means that workers know what they are doing. While they take their private businesses seriously, they treat government work with levity because it is not their own.

While we acknowledge that there, indeed, exists a security threat on such days, the threat is mostly in areas like Ekwulobia, Ihiala, Nnewi and Onitsha. The Awka axis has remained the safest because of adequate security. It then means that any government office that does not operate on such days has workers who are capitalizing on the sit-at-home to stay away from work. And when such important institutions as hospitals join in the charade, the situation becomes precarious. This should no longer continue.

The Anambra State Government should find ways of addressing this anomaly. It should do the needful by providing adequate security where needed and taking decisive action in situations where absence from work is done out of cheating.

We should not be seen to be encouraging indolence by our actions because we want to dodge our responsibilities. We should also not encourage those who enforce sit-at-home strikes by staying at home when we know such has since been suspended. Continually obeying such orders is like refusing to travel because of the possibility of an accident. It is time we collectively rose up and put a stop to this nonsense. Enough is enough.