We are blessed in Anambra State to have Governor Willie Obiano at this time as the Governor. Everyone talks about how Governor Obiano has improved and strengthened the security architecture of the state, minimising crime, chasing away armed robbers and kidnappers.

For me, I like to look at it from the point of social and economic impact of a safe and secure state. The multiplier effect can be felt in the communities. Every weekend, you can see the events, burials, weddings, Chieftaincy title taking, ofala and other festivals that take place. Ndi Anambra come home now confidently to hold these events in their villages. In the past, these events were held in Lagos, Abuja etc. 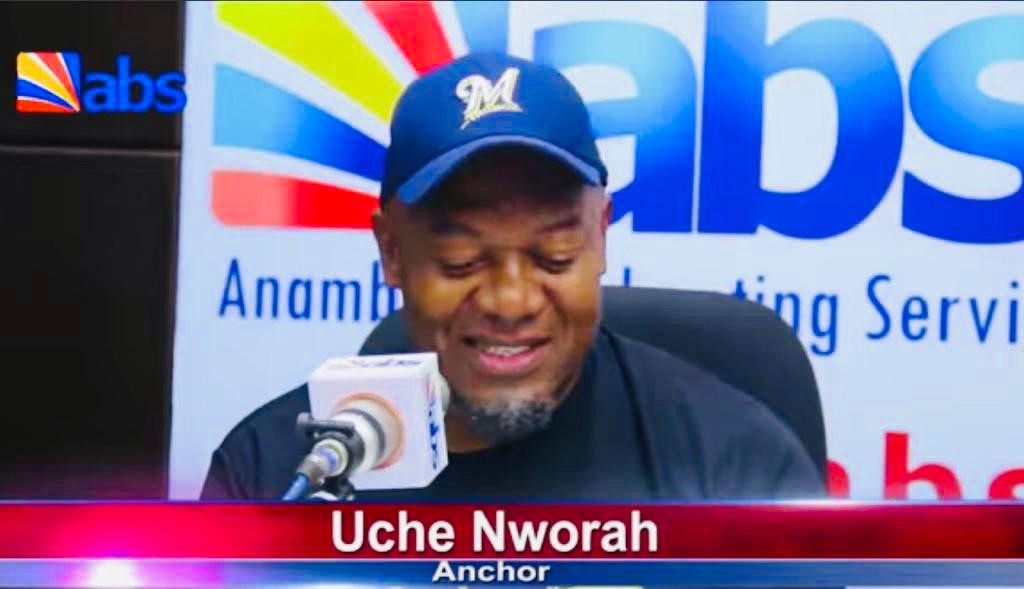 You can also see that the infrastructure stock of Anambra state has gone up exponentially. The Governor elevated the status of Awka as a state capital by constructing the flyovers at Aroma, Kwata and Aroma junctions. He has built some other bridges across Anambra state including Nengo Bridge, Nteje, Iyi-Ora bridge and others connecting the agrarian communities.

The Governor built some inner city roads too in Awka, Onitsha and Nnewi, Enugwu-Ukwu and in other communities, installed street lights in the whole Awka and in several other Anambra communities thereby creating a 24/7 economy. We also benefited from the street light project at Enugwu-Ukwu, my home town.

Governor Obiano is committed to finishing strong hence the frantic pace of work at the Anambra International Cargo Airport, Umueri, The International Conference Centre Awka, The Awka Township Stadium and other ongoing signature projects. These will all be completed shortly to the glory of God.

He has already completed the NYSC permanent orientation camp at Mbaukwu. When Anambra hosted the police games in 2020, some of the athletes stayed there.

There is a lot to talk about, youth empowerment, social re-orientation, what Sir Willie Nwokoye, the Principal Secretary to Governor Obiano calls ‘value curve reconfiguration’,  prompt payment of workers salaries hence people call him ‘the alert Governor’, the revolutionary N20M Community-Choose-Your-Project initiative which is in its 3rd phase now.

Under this scheme, 181 communities in Anambra state received N20M to invest in a community project. Some built markets, others built skill acquisition centres, civic centres etc. Governor Obiano is also responsible for the Agricultural revolution that gave rise to Anambra rice and vegetable export.

Credits also go to Governor Obiano for the agencies that he created, backed by law for example, Anambra State Health Insurance Agency (ASHIA), which is ensuring affordable healthcare for Ndi Anambra, Anambra Small Business Agency (ASBA) which grants loans to small and medium scale enterprises, the engine rooms of every economy.

There is also the Anambra State Investment Promotion and Protection Agency (ANSIPPA), the one-stop investment powerhouse that has attracted investment inflows into Anambra state running into billions of Naira. Fisheries and Aquaculture Development Agency (FABDA), Anambra State ICT Agency are also some of the others.

Coming to the media, those who knew Anambra Broadcasting Service (ABS) before Governor Willie Obiano became Governor are now testifying of the great improvements that have occurred. The Governor has invested extensively in both equipment and Human Resources.

Even those living in Nigeria receive our radio and TV signals from distant places. We currently have over 800,000 followers on our Facebook page alone, attracted by our quality contents. No state owned media in Nigeria can boast of such numbers. I am hoping that we would have crossed the one million followers mark by the time we exit in 2022.

The quality of our content has improved tremendously and we have received several industry awards for these. We now produce our own TV series, dramas, documentaries and movies both for our own TV audience, and for syndication and distribution.

We are now exporting Anambra culture to distant lands. ABS is now a magnet for creatives in the South East. Young people now want to work with us. This wasn’t the case before when the brand was derided. There is a lot going on at ABS at the moment, we have a Film Academy and have trained over 200 students in broadcasting, film making, animation etc. The future is even brighter, thanks to Governor Willie Obiano.

The Governor has cleared a backlog of gratuity dating over 25 years, has enabled management to promote staff twice. Before the Governor came, promotion hadn’t happened for 10 years. Staff morale is quite high hence the increased productivity.

Governor Obiano has been the biggest supporter in our brand repositioning efforts. We thank him immensely.

There have been several high points at ABS since I came on board. In 2018, Governor Willie Obiano honoured me with a commendation award and certificate, for Sterling performance as MD/CEO of ABS. No public servant has been so honoured.

In 2020 I became a Federal government of Nigeria awardee and recipient of the Labour and Productivity Leadership award. On the strength of that. Governor Willie Obiano publicly recognised and honoured us with a ‘golden handshake’ at an event held at the State Secretariat.

Probably, being able with my team, the hardworking staff, the Board of Directors, the management team and our critical stakeholders to reposition Anambra Broadcasting Service (ABS) as an innovative, and creative media brand and powerhouse in the South East, remains my biggest achievement so far.

I am also happy, and very proud that we have successfully refreshed our brand and repositioned it as a forward looking media organisation. We have rebranded our logo, colours and slogan. Our slogan which we launched in 2014 is ‘Heartbeat of the East’, and this has resonated with the people. Also, the brand refresh has attracted many young people who are the ones almost running things at ABS.

This gives us much hope of a brighter future. What we have tried to do early on when we came was to institutionalize change, thus we started succession planning long ago. We trained many of our staff locally and internationally, empowered and gave them responsibilities.

I was quite lucky that we convinced the Ford Foundation, BBC and some others who have trained our people at New York Film Academy, Montana Film School etc. I leveraged a lot on my private sector contacts to make these possible but it’s all paying off.

The challenges are there but we are a progressive management and have long imbibed Governor Willie Obiano’s ‘can do’ ethos, doing more with less. Also, my former boss, Mr Tony Nnacheta, former Commissioner for Information says that the job of management is to solve problems, that’s what we are doing.

My current Boss, Mr C Don Adinuba encourages us a lot too. He says that ABS is one of the agencies under his ministry that doesn’t give him much hassles. We are encouraged by these words hence our determination to solve the problems as they come.

Proudly, I have a supportive Board of Directors, Board of Management and staff. We all work as a unit to serve Ndi Anambra. ABS Board of Directors parades the most cerebral professionals. Mr Emeka Maduegbuna is the Chairman, Igwe Rowland Odegbo, traditional ruler of Nteje is the Co-Chairman, we also have the likes of Chief Pete Edochie, MON, Bob-Manuel Udokwu and others. But there is room for improvement.

We are praying that the Governor completes the signature projects he has embarked on as promised. The global and Nigerian economy have been on a downward slide, internally generated revenues are going down, likewise federal allocations due to exchange rate and oil revenues fluctuations. In such situation, prioritisation of projects takes precedence, but I am quite confident that the Governor has all these worked out, and will finish stronger than expected.

Our prayer is that after Governor Willie Obiano, by which time I would have completed my tenure in ABS as MD/CEO, the guys that will come after us will take the brand further, even to greater heights. We are already winding down, having fought the good fight these past 7 years. Hopefully, history will be kind to us, and Ndi Anambra will appreciate the work we have done.