Architect Darius Dickson Ishaku, governor of Taraba State, has hailed the contributions of NYSC to the development of the State, especially in the area of education.

He made the remarks when Brigadier General Shuaibu Ibrahim, NYSC Director-General, paid him a visit at the Government House, Jalingo. 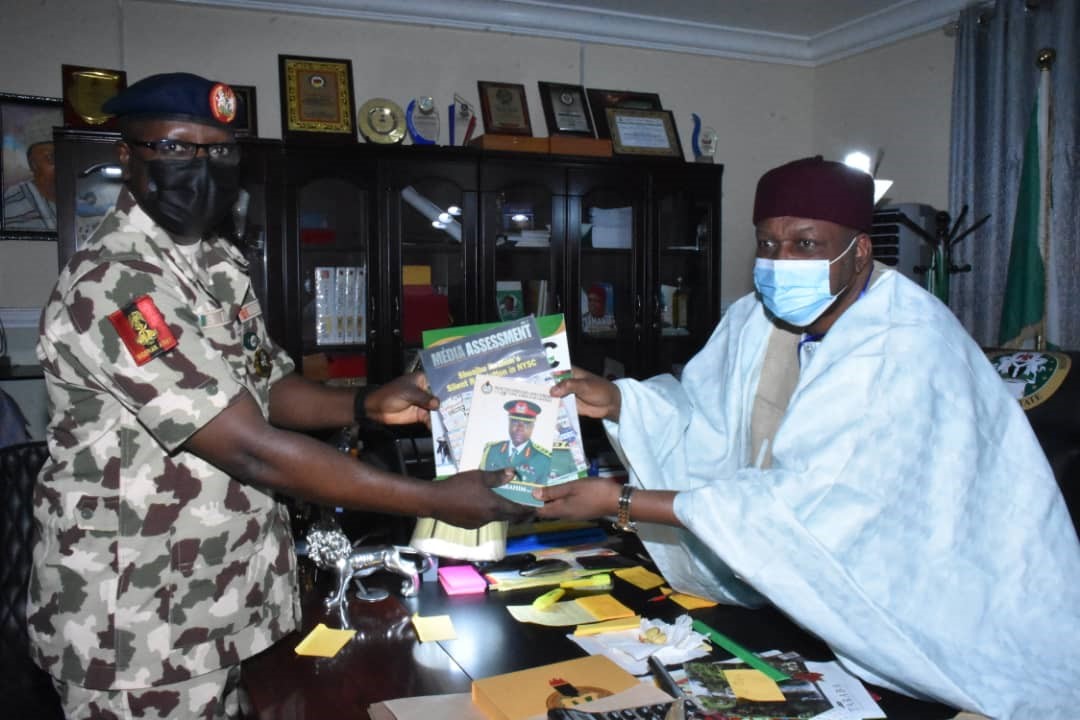 The Governor said under the present administration in the state, students’ success in the Senior School Examinations improved from thirty per cent to over eighty per cent, adding that Corps Members on teaching assignment contributed to the achievement of the feat.

He indicated his administration’s interest in the proposal made by the Director-General on the operation of mobile clinics by the NYSC Medical Teams, adding that further discussion would be made with the State Ministry of Health.

The Governor, who reminisced on his experience as a Corps Member in Imo State, noted the role of the Scheme in the promotion of national unity.

Ishaku advocated increase of NYSC service period to two years for greater impact, saying the first year should be wholly dedicated to military training while the second would be for primary assignment and other programmes of the Scheme.

He opined that the arrangement would ensure more discipline and greater sense of patriotism among the youths.

The Governor expressed gratitude to the Federal Government for awarding contract for ecological project at the NYSC Orientation Camp, Jalingo.

Earlier, the Director-General, Brigadier General Shuaibu Ibrahim, had described the Taraba Orientation Camp as one of the best in the country, but added that some parts of the facility needed renovation.

He thanked the State Government for its intervention in the wake of the vandalization of the Camp facilities by hoodlums, especially through replacement and repair of some of the stolen and damaged items.

‘Corps Members have enormous potentials and would contribute more to the development of the state if provided with the enabling environment.’ Ibrahim said.

The Director-General proposed the setting up of mobile clinics with the support of the State Government to enable the Corps Medical Teams make deeper penetration of the rural areas.

He said ‘Apart from provision of medical services to the communities, the arrangement would also serve as avenue for the gathering of health data for the government.’

Ibrahim used the occasion of the visit to thank the Federal Government for appointing NYSC to the Technical Working Group on the Mambilla Power Project.

Noting that the mandate of the committee was to source local manpower for the project, he said corps members would be among those that would be engaged as they were skilled in various aspects.