Give Hope A Chance

When fate meets with hope, they are bound to surmount mountains and conquer them.  Derek Clark here, shares  the stories of  his growing up filled with fears, insecurities and potholes. But amidst all of these, he has grown to become an inspiration to all and even his family.

Below are the excerpts of his life story, his growing up and what fate held for him. One thing was sure, he didn’t give up on himself. Hope you find this story inspiring.

Here I was, a child desperate for love and affection, a scared little boy who was getting ready for what would be the longest ride of his life.  I can’t say I remember the drive to the orphanage, or the place where kids were stored, but I do remember not bringing along any toys.  I remember the sun being out and the sky being blue. The day was pleasant, warm, and peaceful, in stark contrast to the foreboding anxieties that were raging inside me.

I didn’t know where I was being taken, only that this day would likely be the darkest of my life.  The “longest ride” eventually ended at a place I considered an orphanage.  It was a big building with lots of space and rooms.  I figured it was an orphanage because all I saw were homeless and unloved kids.

Kids who were no longer wanted by their Moms and Dads.  I could see the sadness and fear in their eyes, and imagined that same fear must be showing in mine.  We were now disposable, kids who could be thrown away or tossed overboard, never to be loved or comforted by our parents again.

Seriously, who would have cared if we were drowned or burned to death? At this point, it was already like we were being buried alive. We were being killed, suffocated, by lack of love.  We were now the county’s worry, pain and nightmare. 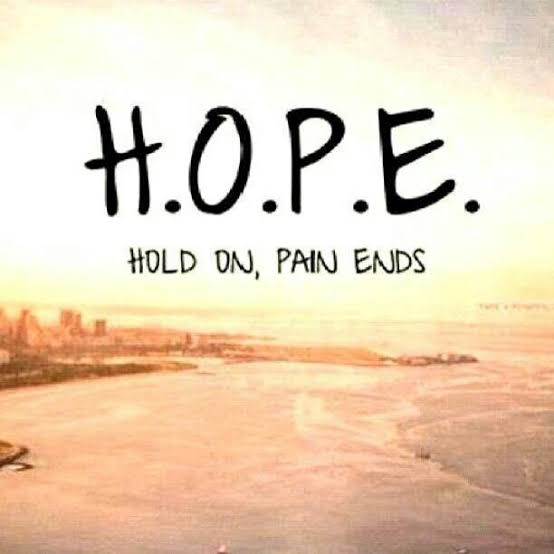 My parents had given up!  They were weak, and now I had to somehow become strong and survive. I felt deep misgivings and anxiety, the memories were killing me.  I kept thinking, ‘Where is my big sister?’  I thought that surely she would come and rescue me because she loved me. I expected her to show up at any minute.

But nobody came!  Here I was, a helpless little five year-old boy, and my heart no longer beat for anybody but myself.  Hope was lost for me at that point.

I don’t even remember seeing my mother’s eyes, or her giving me one final hug, or her even saying something as simple as “I love you Derek,” or, “I will be back for you son.”  How could she not even give me a goodbye hug? She was the one who had placed both herself and me in this position.

I was the son, paying the price for all of her bad choices. She could have at least said, “Well, take care Derek, I love you.” Or how about just a few basic words of tenderness and encouragement?  “You will make it through this Derek.”

I guess it wasn’t like she was wishing me well as I went off to college. I’m sure she quickly got rid of me in order to avoid the emotional impact of her actions, of seeing herself throwing away her own blood, her selfish desire to choose her husband over me, her son.

But as her blood son, I probably reminded her of past mistakes, of the regretful choice she made to start a romantic relationship with my biological father.  I have no doubt my stepfather comforted her, and told her she was making the right choice in giving her son away.

Even as a little boy, I was certain he had been the one pushing to give me away.  He was a piece of crap! No doubt he still is today.  He broke up our family. I hoped that every day after he gave up me he lived a life of hell, and that when he died, hell would take him back.  My Mom used to call me the devil, but as far as I could see, she’d married the devil. She got it all mixed up. Mother, you married the devil.

After she dropped me off, my little life as a boy who nobody could or would love began.   At this time, I wasn’t even able to love this little boy.  Plagued with insecurities and doubts about my self-worth, I was now going to have to make a home here in hell.

I was left alone with all the bigger boys, who just stared at me like wolves salivating at their thoughts of feasting on a weak, vulnerable little lamb.  I was the proverbial sheep being lead to the slaughter.

A woman took me into another room and showed me around. It technically wasn’t an orphanage, but there was very little difference between an orphanage and whatever this place was. Besides, what difference did it make?  It was an imposing, overwhelming, cold, impersonal and institutional building.

There was no love here. This was a place of pain and ghosts. We were throwaways or misfits. Possibly we were angels who nobody recognized as such, but that could hardly have occurred to us at the time.

This was to be my new home while a new family was being prepared for me.  I didn’t know who or what kind of people might invite me to share in their life.  Or for that matter, if anybody would want me at all.

I remember thinking that my Mom would of course be coming back for me.  I could care less about my stepfather, but I trusted that my mother’s love would override whatever other concerns she had.  I felt a deep hatred for my stepfather.  He had taken my Mom away from me.  If she didn’t come back, I placed the blame squarely on his shoulders. I cried from loneliness and fear.

The older boys were antagonizing and threatening me, trying to push my limits. I got angry and taunted them back, so one of the boys pulled out a toothbrush with the end sharpened for use as a weapon.  I ran for my life.

I thought I was going to die. I knew what death was even at a young age. According to the county reports I had a kind of morbid fascination with death. Later that night, when it got dark, I grew even more frightened. It became obvious that if my mother was going to come back for me, it wouldn’t be any time soon.

We slept in what appeared to me like a giant classroom with a bunch of beds placed in it. It was some kind of enormous warehouse for storing kids.

I remember hearing lots of crying in the middle of the night, puncturing through the silence. Other kids were missing their Moms and Dads, brother and sisters.  Where were mine?  I wondered why my brother and sister got to stay with our mother and I was stuck here in this sad, terrible place.

There are millions of little kids who have been given up on, and I hold their parents completely responsible. The ignoble actions of parents will always be remembered by their children.

I know, because that five year-old foster child still lives within me, constantly striving to be empowered, to make his insecurities my own. But I refuse to be a victim; I am a conqueror. I am stronger than my unworthy parents!

There is no question; the mental and physical struggles of my life have proved very difficult to overcome. They say the first five years of a child’s life are the most critical to his or her development, and that children soak up everything they experience like a sponge.

I agree. I have seen my own three children sponge both my strengths and weaknesses. Kids watch their parents, and mimic what they observe. The influence of my first five years contributed to many destructive behaviors throughout my life. I often wished I had been given away at birth, so that I wouldn’t have had to endure the memories and nightmares which have haunted me these many years.

There is always a lesson to be learned from adversity. I have learned many such lessons the hard way, but have found there is a light at the end of the tunnel. The light that leads us out of the darkness is the positive energy that comes to surround those who continually search for what life has to offer.

The answer is always within. By harnessing this positive energy you can accomplish anything. Nothing has ever held me back from “going for it.” I have not let anyone or anything stop me from making my dreams a reality. I keep on keeping on. I am an unstoppable force. I am headstrong and know exactly what I want. I have always trusted my intuition.

My search for life’s meaning eventually brought me through a baptism by fire, which cleansed my soul. I am like the mystical “Phoenix” that has risen from its own ashes, a resurrected soul, a lost boy who evolved into a man. In life’s journey, I was meant to shine.