The NYSC Osun State Gender Desk Officer, Mrs Salawu Kehinde, stated that it is imperative that women across ages are treated fairly in order to ensure improved societal development.

Mrs Kehinde noted this while addressing corps members at the NYSC Permanent Orientation Camp, Ede last Friday, where she noted that stereotypes against women have prevented them from participating productively in the running of the affairs of the society. 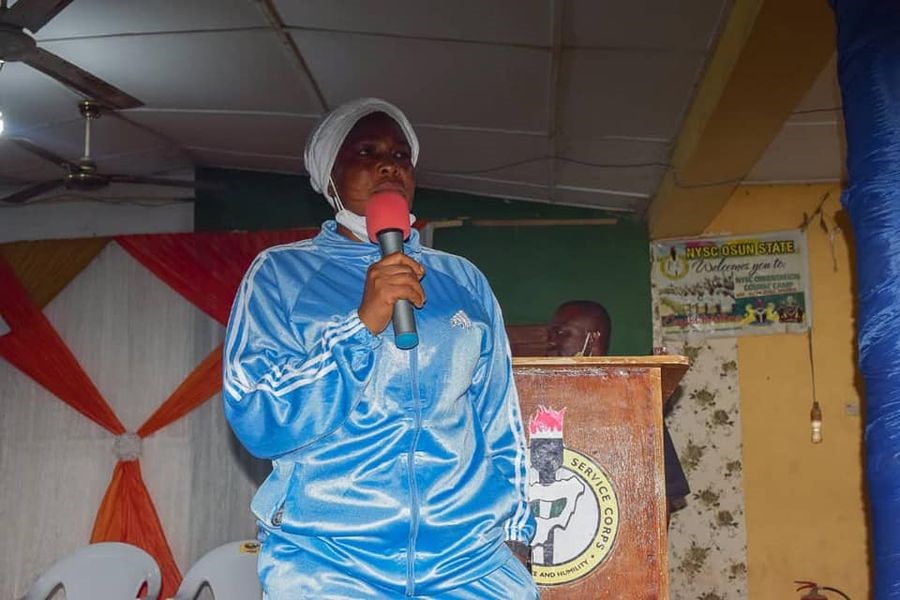 According to her, when women are not given a chance to speak, they become docile and as such cannot contribute much to the growth and development of the society they live.

Speaking further, she stated that there is a need for people to be assessed based on their individual qualities and not merely by their genders as this will allow for unbiased judgements.

Again, she encouraged the Corps members to sensitize the populace in their places of primary assignment on the need to enroll their females in school and to also encourage their active participation in politics and the economy.

‘Explain to people around you the need to allow ladies participate in the decision makings of their lives ; Kehinde said

Finally, she stressed on the importance of female Corps members to dressing modestly and decent at all times to command respect and avoid any form of embarrassment.