The Federal Road Safety Commission, Anambra State Command, has returned a cash of N716, 800 belonging to an accident victim to the family. This was contained in a press statement signed by SRC Florence Edor, the image maker of the command on behalf of the Sector Commander, Anambra State FRSC.

The victim had been involved in a fatal auto crash at Ozubulu along Onitsha-Owerri Expressway, in Ekwusigo Local Government Area of Anambra State, with the money recovered at the site of the crash. 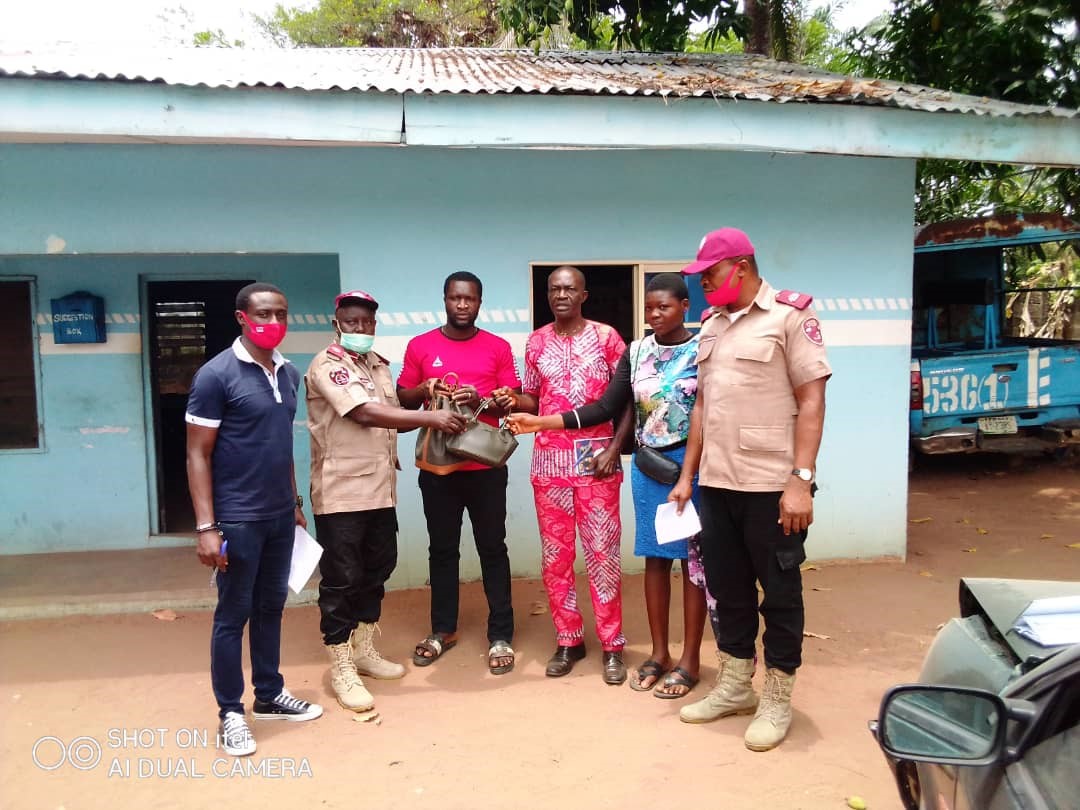 Officials of the FRSC handing over money found in the bag of a fatal accident victim to the family.

Presenting the money to the deceased’s family at the Command’s office in Ozubulu, the Assistant Corps Commander, Bamidele Ayanwale, who is also the Unit Commander in Oraifite, said the amount was recovered when the FRSC officers went on a rescue mission after the accident occurred.

Ayanwale who disclosed that they contacted the relatives through the mobile phone of the victim, said the money belonging to the late Mrs Oparaocha was returned to her Son, Mr Chibueze Oparaocha, after a written undertaking with full identification by the Unit Intelligence Officer.

According to him, seven persons-three males and four females, were involved in the crash that happened on March 22, at Ozubulu which claimed the lives of the driver and a passenger in the bus.

The FRSC boss, who said the crash occurred because of speeding, however, urged motorists to always be patient when driving on the highways in order to avert loss of life and property.

Chibueze Oparaocha, the son of the deceased, thanked the FRSC for their kindness and honesty.

‘I was surprised when we got the call to come and collect the money found on my late mother. I did not believe that such gesture can still happen in Nigeria of today. I thank FRSC for their efforts and honesty,’ he said.