From Mahrez to Iwobi: Stars who flopped at AFCON

As the ongoing Africa Cup of Nations tournament enters the semi-final stage, Johnny Edward writes about the players who were expected to shine at the continental showpiece but failed to sparkle in Cameroon

Manchester City winger Mahrez failed to replicate his blistering club form for Algeria, who crashed out in the group stage.

Algeria thus became the 12th AFCON champions to exit the competition in the first round when defending the trophy. 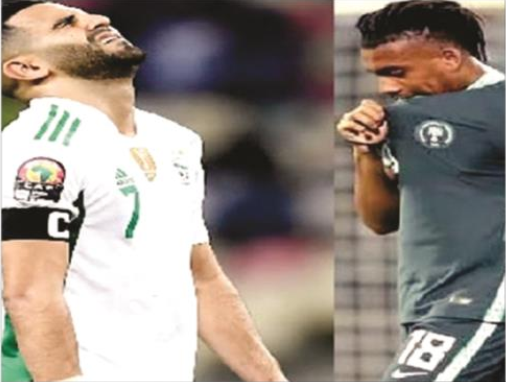 Shockingly, Mahrez, who played in all three games, failed to make an impact, score or make an assist for the Fennecs, who finished bottom of Group E with one point behind third-place Sierra Leone, who had a point more.

Ivory Coast and Equatorial Guinea advanced from the group as group winners and runners up respectively.

In the group decider, Algeria had to beat Ivory Coast to progress but slipped to a 3-1 defeat with the City winger missing a penalty.

To be continued next week…..