At one time they lived as brothers and sisters of one community, Nkerehi, in Orumba South Local Government Area of Anambra State. Brother knew brother and sister knew sister. But sometime in 2007, a prominent governorship aspirant in Anambra State who has done much for his community, Dr Godwin Maduka, changed the name of the community from Nkerehi to Umuchukwu. 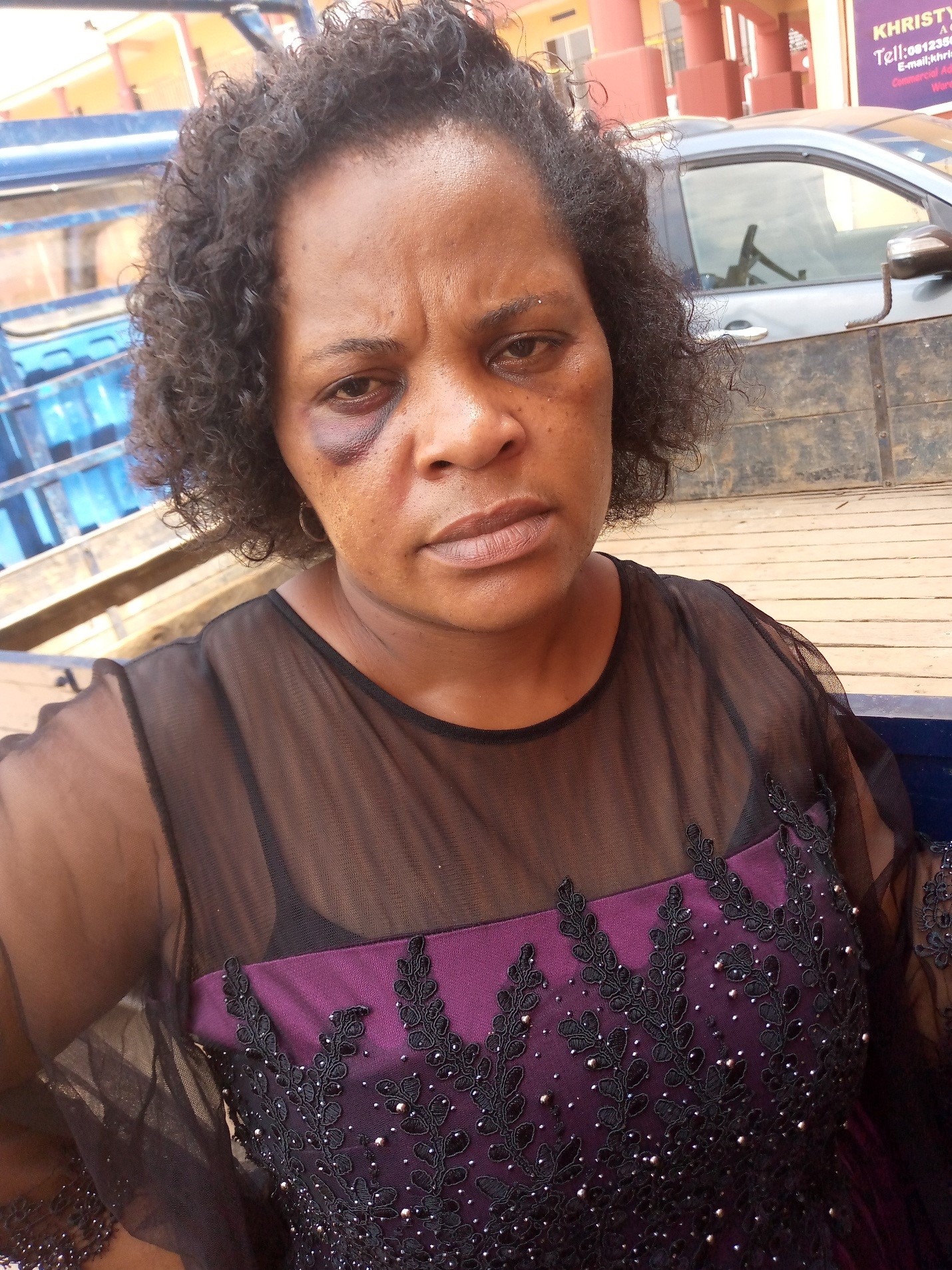 Dr Mrs Maureen Igwike: ‘I was abducted for 3o minutes and nearly raped.’

The change of name, Fides learnt from the President General of Umuchukwu, Comrade Emeka Adinchezor, followed a visit to Maduka by elders of the community then.

On a particular day, Adinchezor said, elders of Nkerehi thronged the family house of Dr. Godwin Maduka, their kinsman, in one of his frequent returns to the village.

‘The elders earnestly told Dr. Godwin Maduka that they were tired of terrible occurrences at home which they attributed to the name, Nkerehi, which is the name of a deity.

‘Dr. Godwin Maduka, out of his sterling exposure and divine inspiration, was quick to offer a relief. He looked at their sign board which bore the inscription, ”NKEREHI”, with its motto, ”God’s Own Town”. He shouted eureka!!

‘In his cheerful nature and full of energy, Dr. Godwin Maduka asked them rhetorically, ”Are you not Umuchukwu?’ i.e. God’s own people?”. ‘

‘Immediately they became jubilant and accepted the new name whole heartedly, but after a while, out of jealousy, a few of them insisted the name of the town should return to status quo. In other words, there were pockets of resistance.

‘Therefore a referendum was conducted between Nkerehi and Umuchukwu by the ministry of Local Government and Chieftaincy Matters and Umuchukwu won 99.9% with only about 10 people standing for Nkerehi.

‘The name Umuchukwu was gazetted after the referendum and a certificate of gazette was given to them by the Anambra State Government. After all said and done they still headed to court,’ the PG said, noting that out of jealousy, a few of them insisted the name of the town should return to status quo. 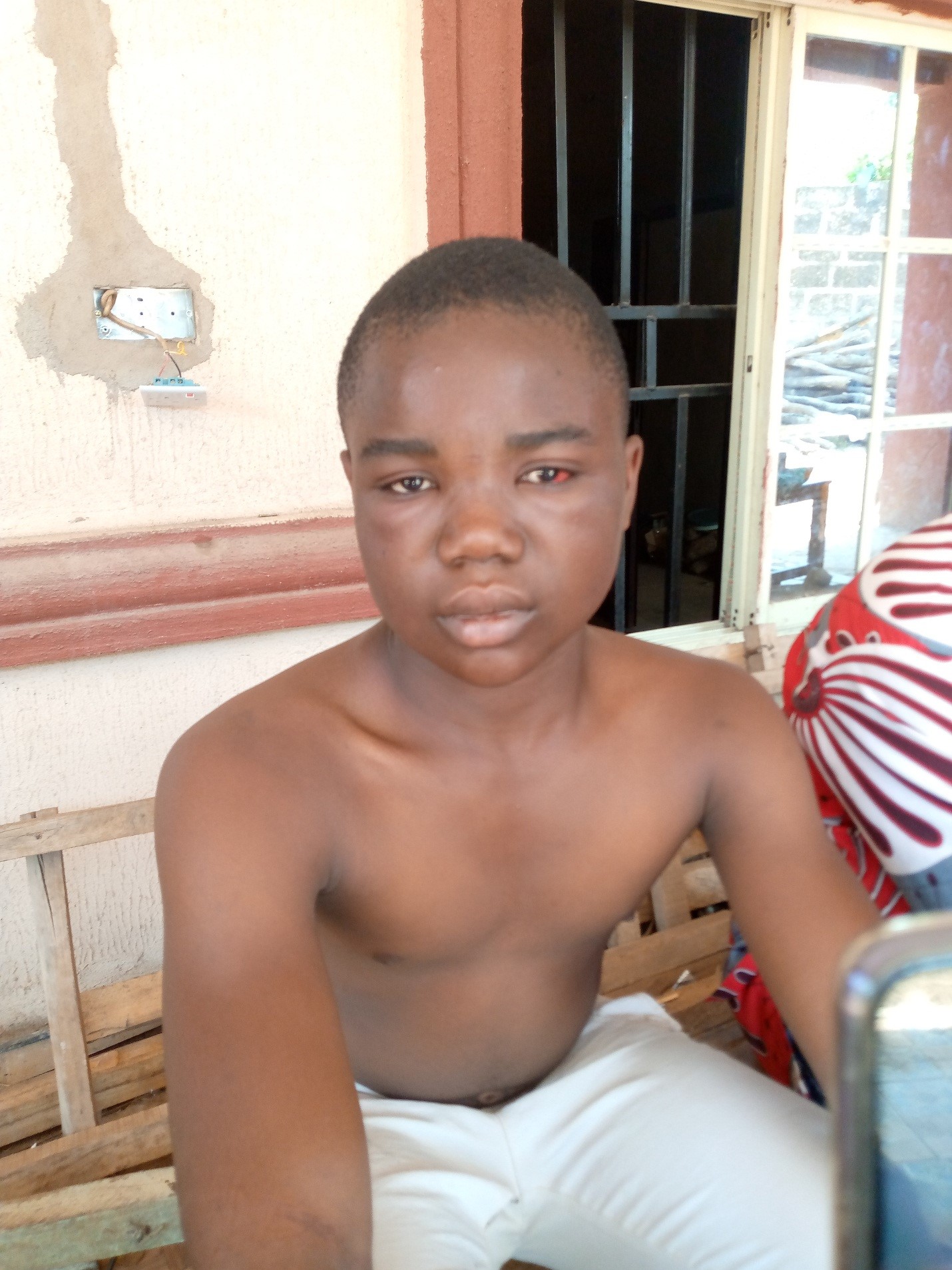 Master Joshua Iheukwumere. He said he was beaten and forced under duress to make a false statement; a claim the other side have denied.

‘At the Magistrate Court, Umuchukwu won, the matter was referred to State High Court, Umuchukwu won again. They headed to the Appeal Court and Umuchukwu also won. The then Commissioner of Police, Anambra State asked that the name Umuchukwu should subsist but the agitators refused to heed to all lawful entreaties,’ Adinchezor stated.

But the other side told Fides that there was no consensus on the change of name; that the new name was unilaterally declared and imposed on the community which they resisted because of its lack of due process.

It was at this point that those opposed to the idea decided to retain the old name. Consequently, to this date, they have remained as Nkerehi people, while those who affirmed to the new name are now Umuchukwu people.

‘One man cannot impose something on an entire community. It is not right,’ a member of Nkerehi Community, Mr Joseph Anulobi, told Fides.

This, however, Fides gathered, became the root cause of the current crisis that has engulfed the people of the two estranged communities. It was a crisis that came to a head, January 7, with an alleged attack on some people of Nkerehi by those they said were from Umuchukwu.

Speaking to newsmen, one of the prominent individuals in Nkerehi, Mr Basil Igwike, a lawyer, narrated how in the early hours of January 7, precisely, 12: 39 am, some thugs from the other side stormed their house in Nkerehi and demanded to see him. Sensing danger, Igwike said he jumped down from his one story building, leaving his wife, a doctor, whom they took away for about 30 minutes.

According to Igwike, they attempted to rape his wife but luckily for her, she was menstruating. She was however beaten up, leaving her red eyed. 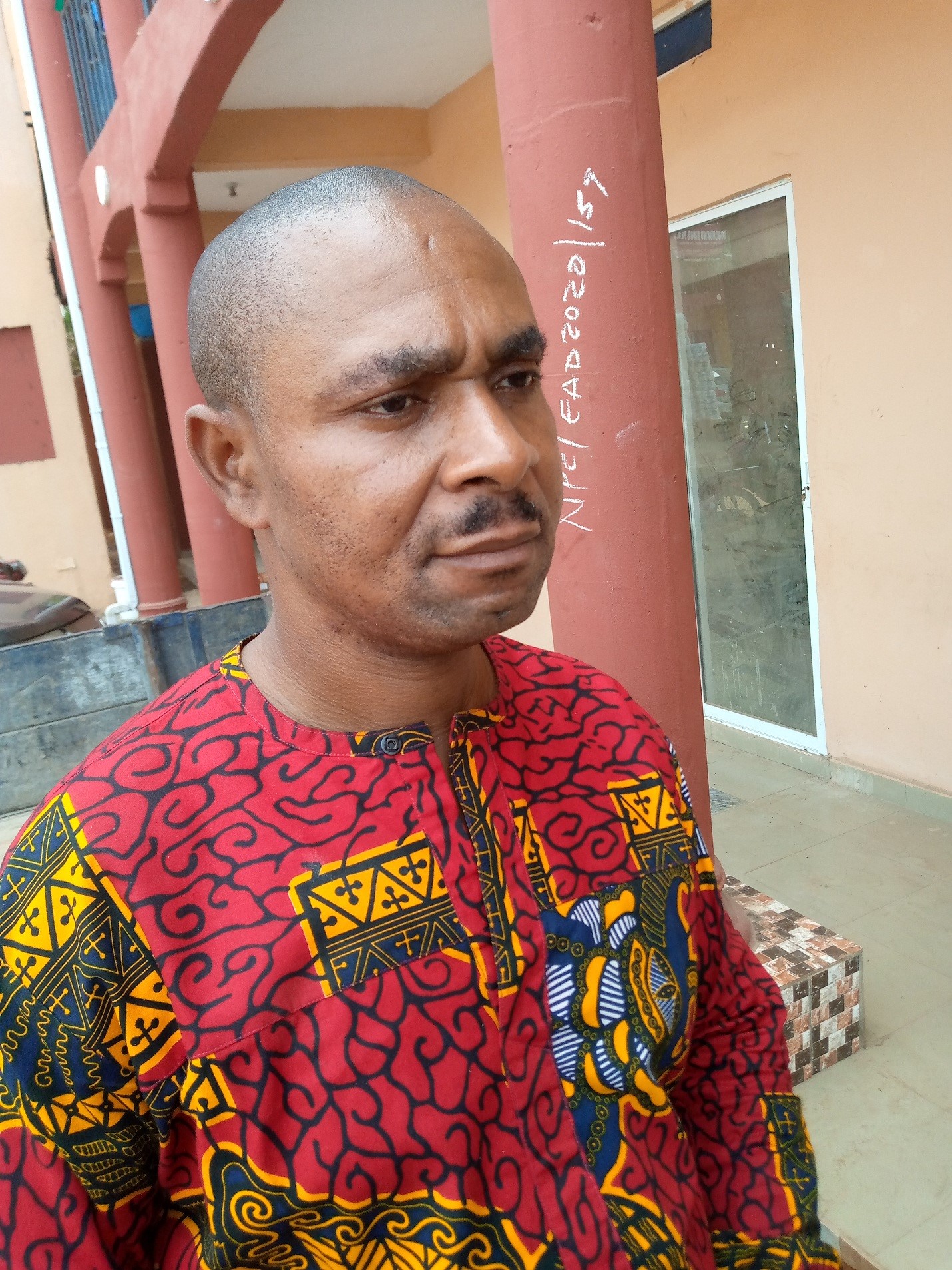 Barr Basil Igwike. He said he was attacked by thugs loyal to Godwin Maduka in his home.

Igwike who said they thereafter vandalized all the vehicles in his house, said it was the second time he would be attacked by the people of the other side of the conflict.

He said he called the state commissioner of police, John Abang, and told him what happened. Igwike was however surprised that no one had been arrested. He has now alerted the public that should anything happen to him, the Madukas should be held responsible.

His wife, a medical doctor, Mrs Maureen Igwike, corroborated his story and affirmed that she was beaten. Her right eye, Fides found, was swollen and blackened, with a part of it containing blood clot.

She said she was saved by the presence of an ex-military officer who went with her abductors and insisted that she should be released. She also alleged that they wanted to rape her but for the fact that she was menstruating.

Another Nkerehi man, Joseph Anulobi, narrated how the convoy escorting his father’s corpse was attacked by people from Umuchukwu who tore the posters and refused to allow the convoy to convey the corpse home until the police intervened.

He said later that day, around 9pm, they stormed his house and took away money he realized from the funeral and destroyed his property, as well as beat him up.

Fides was also told that a small boy of 14 who is in Junior Secondary 3, Master Joshua Iheukwumere Chimuanya, was also beaten and made to bear false witness under duress against some people in Nkerehi by those who abducted him.

When Fides visited the boy, he affirmed that he was abducted. According to him, he had gone behind their house to ease himself when two men scaled the wall and abducted him and took him away to the palace of the monarch where they threatened to cut off his leg if he did not indict some people from Nkerehi. He said he was badly beaten. Fides also saw that he had a black eye and saw that parts of his body were swollen.

He said he was told to say that the said men from Nkerehi sent him to bury charms in the compound of the monarch. He was thereafter taken to the police where, he said, he made the forced statement.

One of the cars belonging to Barr Igwike that were destroyed during an alleged attack on his home.

He said there was never a time anyone sent him to bury charms and insisted he was forced to tell a lie.

But the other side also insisted that the boy was lying and that he confessed, when caught, that he was sent by some people from Nkerehi to bury charms in the compound of the monarch.

The President General of Umuchukwu said on the contrary, it was Barrister Igwike that was trying hard to incriminate Dr. Godwin Maduka, who, he said, was not in town when the incident happened and was not privy to any discussion leading to the incident as he had been preoccupied with his governorship aspiration.

He referred to a video recording where the boy confessed to being used as a ‘courier of occultism and satanic package’ in order to destroy and kill. The PG said the boy confessed that it was not the first time he was deceived to do a dirty job for the group and even mentioned the names of the perpetrators who sent him.

‘Their hideous intention was to use the boy who spread fetish substances in the compound of HRH, Barrister Kenneth Maduka, Nnanyelugo 2 of Umuchukwu, to identify the whereabouts of Barrister Kenneth and some key members of his cabinet for easy abduction but luck left the planners completely baffled.

‘When the boy gained entrance into the compound of HRH Barrister Kenneth, he spread fetish substances meant to weaken or hypnotize the Igwe and pin him down for easy abduction,’ the PG alleged, while accusing the Igwike group of engaging in a campaign of calumny all along to destroy the person of Dr. Maduka.

Adinchezor said the matter was being handled by the commissioner of police Anambra State, who, he said, ordered that the status quo, i.e. the name, Umuchukwu, should remain.

‘The case is ongoing. The commissioner of police is in a proper position to give a detailed report about his findings,’ Adinchezor said, claiming that they had a video to counteract the other camp’s allegations.

He said that property belonging to Maduka were also destroyed by the complainants and that they would produce the evidence at the appropriate time.

When contacted the Anambra State police chief John, Abang, described what was happening between the two camps as a normal disagreement over a non-issue.

‘As we speak, I have invited both parties to my office on (last) Monday. I told them I cannot solve their problem. I am like fire brigade; I can only quench fire, but they are the people that will know what is causing the fire: is it bad electrical connection or bad fixtures? So, I told them all I can do is to douse; if they are fighting, I will come and separate them, but the solution lies with them and is very simple if they are ready.

‘So, on Monday, I am meeting with two of them. They met with me, and I tried my best until this recent one. Then, recently, they went to Zone 13 when they had a new zone. I was surprised that when they now had this one, instead of going to Zone 13, they came back to me. So, as we speak, I am going to meet with them on Monday. There is no problem there, my brother. Anybody that said they were fighting, they are lying,’ Abang, who said Maduka had been helping his community, said.

Speaking further, he said, ‘If you read your report, there was a communal crisis in Umuchukwu. My DPO carried the Nkerehi man that was beaten to the hospital. They didn’t tell you that?

‘I don’t know if you are an Igbo man. If you are an Igbo man, you will understand them better than I do. What they have is not a big problem; it is just ego and pettiness. I will not discuss further over the telephone. But I am just telling you that the way they are shouting is not as bad as it is. They should not drag police into their internal problems. Let them hang on. I am meeting them on Monday.

When asked if any arrests had been made following the complaint by Barr Igwike that some people were beaten,’ the commissioner of police said arrests did not often solve problems.

‘They will come to my office on Monday. Does arrest solve problem? Arrest at times even worsens matters. I took pains to give you the background. If you are a journalist, be investigative. Don’t allow those people, either Nkerehi or Umuchukwu, to deceive you. Next, they will go to heaven; they will go to National Assembly. You, if you are objective, you will know the truth. Both parties are willing to come and see me on Monday, but I am telling you what I have told them: the solution is in their hands, not with the police. You can only broker peace, but it is they who are involved that are not willing to make peace.

Fides confirmed that the meeting between the warring parties took place at the state police command last Monday, with the police chief asking them to go and settle their matter amicably.

Igwike told Fides that he had formally written a petition over the assault on him and his wife. He said though he did not attend the meeting, his wife did

For now, he said they are on the run from their village for fear of further attacks