Tuesday, 4th January 2022, was a memorable and joyous day for Fr. Lawrence Maduagwu, a priest of Awka Diocese, as he celebrated his 25th priestly anniversary. The celebration began with a Holy Mass which was presided over by the celebrant at St. Patrick’s Catholic Church, Agụlụ, Anaocha Local Government Area of Anambra State. He also received his papal blessing from the Holy Father, Pope Francis. 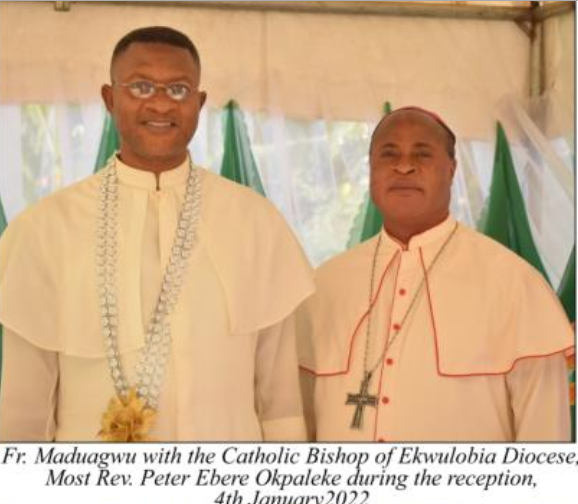 In the homily during the anniversary Mass, the Director of Fides Media, Rev Fr Dr Martin Añusi, noted that Priesthood was a battle of tension because of its spiritual and human inclination, explaining that this tension arises from the scriptural description of the priest as one who was called as Aaron was (Heb. 5:4) and of the order of Melchizedek (Heb. 5:6).

Describing a priest as ‘qkara mmadx qkara mmxq’ (partly human and partly divine) he added that it was for such a mix and tension that a priest needed not only his own prayers for sustainability but also the prayers of his flocks entrusted to his care.

He commended the celebrant for his contributions in the infrastructural development in his previous places of apostolate and encouraged him to invest more in human capacity development. The clergy also prayed that the anniversary became a basis for rekindling the burning spirit of Priesthood in the heart of the celebrant and other priests present. 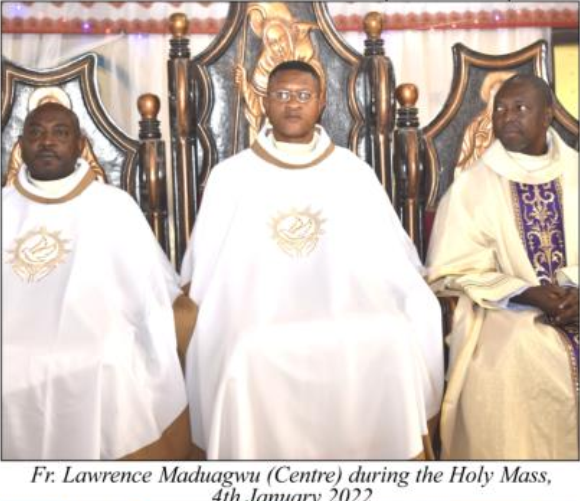 The celebration later shifted to his home after the Holy Mass where the chairman of the event, Mr Alex Mmaduagwu, lauded the celebrant for his good work, which,he said, was evident in his places of apostolate.

In his vote of thanks, the Jubilarian, Fr. Maduagwu, appreciated all who joined in his celebration. He said there were challenges that could have discouraged him in his journey to the priesthood but that through prayers and the mercy of God he was able to surmount them.

Highlights of the occasion were the presentation of the papal blessing from Pope Francis to him at the Mass, and dancing
troupes that entertained the guests at the reception.