Five months after the burial of her two deceased priests, the Catholic Diocese of Awka last Monday, July 19, interred the remains of another priest, the late Rev Fr John Chukwuemeka Uchebo, fondly known as Egovin, Tomatoe Jos, Olugbajie Girls, among other humourous names. 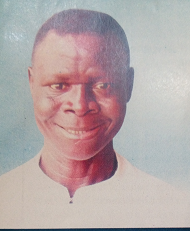 The deceased, who was ordained as the 5th indigenous priest of Ifitedunu, Dunukofia LGA on October 4, 1986, died at 71 years on June 28, 2021, after many years of battling with illness. He was until his death a priest in-residence at St Simon’s Parish, Ukpo, Dunukofia LGA, Anambra State.

In his homily of the burial Mass, a class mate of the deceased, Rev Fr Prof Eugene Anowai, described the late priest as one who had great zeal for his priestly vocation and a preacher without boundaries.

According to the homilist, the late Fr John Uchebo, who preached the gospel across many parts of Nigeria, had with pamphlets and his humorous traits, taught many who desired salvation the way to heaven.

Pointing out that the deceased had many health challenges, Fr Anowai thanked all who stood by the late Fr Uchebo throughout the period of his illness. He appreciated specifically the Catholic Bishop of Awka Diocese, the bishop, the deceased’s family members, who, he said, never abandoned him and the parish priest of St St Simon’s Parish, Ukpo, Rev Fr Emmanuel Akposionu, for what he described as the special care and support he gave to the late priest.

He prayed God to grant eternal rest to the soul of the deceased priest, as well as those of his two late sisters who died while caring for him in his sickbed. 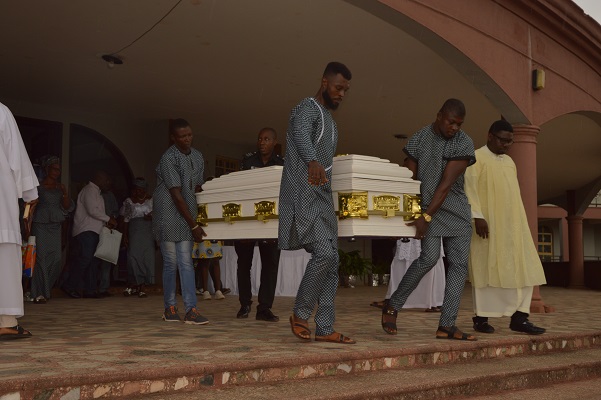 The homilist urged all to learn from the late Fr Uchebo, who, he said, resigned totally to the will of God and remained steadfast in his faith throughout the long years of his illness.

In his remarks, the Catholic Bishop of Awka Diocese, Most Rev Ezeokafor, condoled with the bereaved Uchebo family over the loss. He appreciated all who stood by, supported and cared for the late priest during his period of illness. This was even as the bishop thanked the Bishop of CADEK, Most Rev Okpaleke; the various religious congregations and government officials, who sent in their condolence messages for wishing the diocese well over the loss.

The Awka Diocesan Presbyterium, in a funeral oration that was signed and read by the Assistant Secretary, Rev Fr Cyril Ezeani, eulogised the late Fr Uchebo as a tall and dark individual who had, with his sweet tongue and penchant for responsible and courteous fun, carved a niche for himself and brought joy to the faces of many.

According to the oration, Fr Egovin as Udalammicha, Omuuma Asa Ahu, Olugbajie Girls, among other humorous names with which he was fondly known as, had his ever smiling face as his joy and his sense of humour as his little flower.

‘Fr Uchebo’s cherishing healthy conviviality with the young and old brought joy on the faces of many. His sweet tongue was his operational system log-in. His nature made his long years of apostolate and sacrifice of life unique and memorable. There was no dull moment with him,’ the oration read.

The Presbyterium prayed God to grant his soul perfect and sweet rest in heaven.

Ifitedunu priests, religious, aspirants and seminarians association (IPRASA) in a funeral oration that was signed by the Chairman, Rev Fr Hyginus Zikora, and the Secretary, Rev Fr Samuel Chukwunonso Ezikwelu, HFFBY, described the deceased as a focused priest of God and a committed member of the association whose concern for people’s wellbeing was unassuming.

According to the oration, the late Fr Egovin, was a loving human, brother and priest whose practical sense of humour, socialization and conviviality were indefatigable; reaching out to his people even in his sickness.