Demands Separate Wards for Them

The ordeals of sickle cell patients in hospitals may soon become a thing of the past if the efforts of Chie’mma Empowerment Foundation, CEF, a non-governmental organization, to have them enjoy a lease of life succeed. CEF, which is seeking to create social change and inclusion, works for the social development and integration of unprivileged individuals, groups and communities in Nigeria, wants the creation of separate wards and other facilities in government hospitals in Anambra State for people living with Sickle Cell Disorder, reports Mercy Hill, Alexander Johnson Adejoh, Precious Ukeje and Adejumoke Alebiosu.

The foundation made the appeal through its President, Mrs Chinwe Nnagbo, last Tuesday, April 13, 2021, at Archbishop A. K. Obiefuna Auditorium, Fides Media, where parents of children living with this disorder and their children gathered for a one-day sensitization programme on Sickle Cell Disorder. Food items, drugs and toiletries were also provided for them.

Mrs Nnagbo in her address, requested that SCD patients have their separate wards, clinics or daycare centres with doctors assigned to the department, just as there was antenatal clinic for pregnant women. She said it was to aid treatment and monitoring of SCD patients during crisis or while under the doctor’s care.

The foundation’s President who said it was CEF’s primary duty to take care of children with sickle cell disorder by getting them registered with the government hospitals in Anambra State and making provisions for them, explained that people living with sickle cell needed routine drugs as most of them might not be able to access them because of lack of funds which forced them into self-medication. 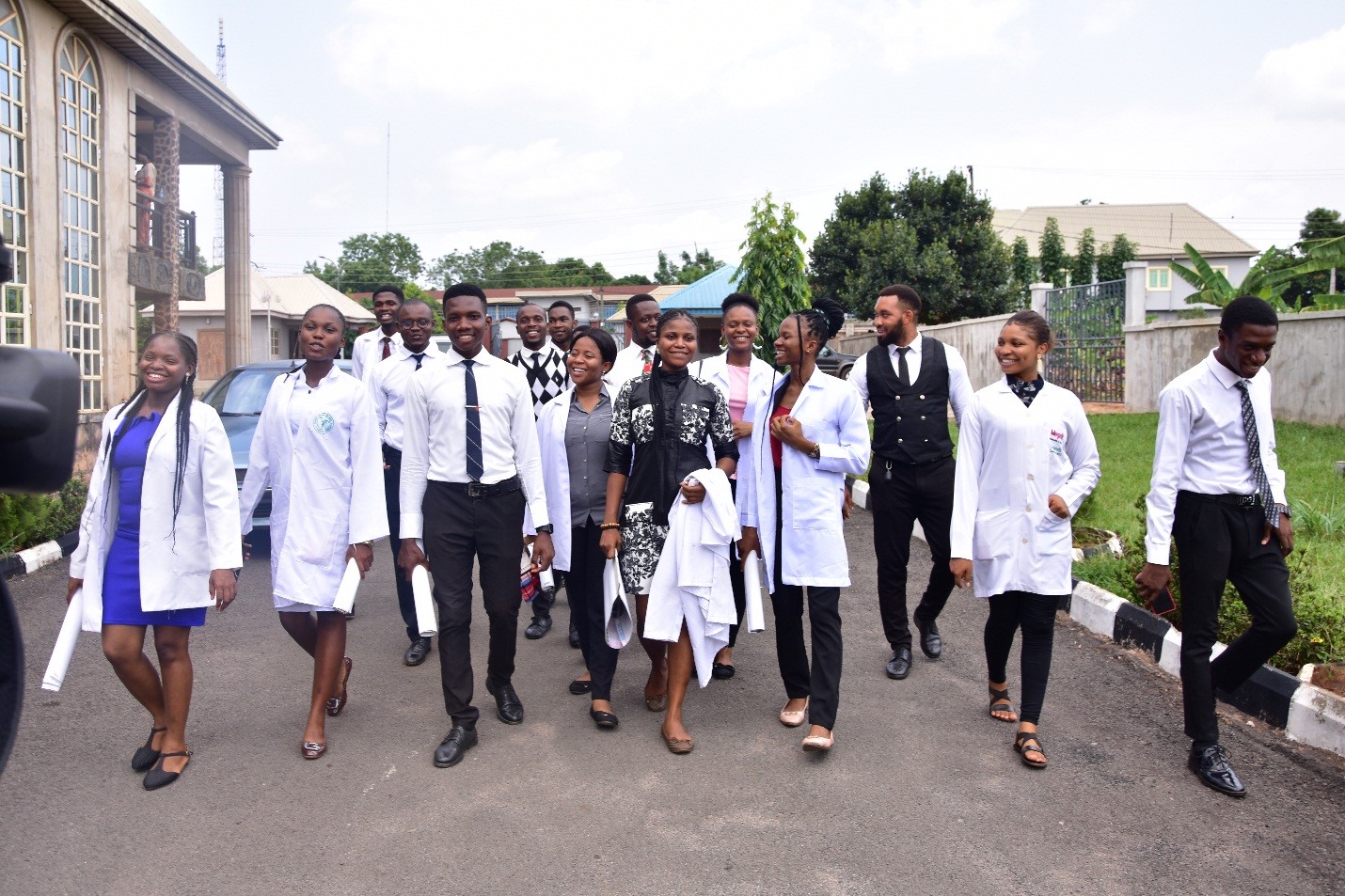 The foundation, in addition to its duties, she said, was making efforts towards enrolling every child living with SCD into school to enable them to access to equal education.

While describing people living with SCD as warriors who were intelligent, smart, unique, creative and strong, and who hated to be pitied, she appealed to the public and government to rally behind them on such issues as creation of blood banks for patients to aid the banking of blood in case of emergencies. She regretted that lives had been lost owing to the challenge posed by paucity of blood donors.

Nnagbo said, ‘We need the support of the government in empowering NGOs who go on sensitizations in urban and rural areas educating people on genotype compatibility, with hopes to forestall future occurrences.

‘SCD patients also need free health insurance, as they have become regular customers to the hospitals, and, most of them coming from poor homes, have given up on proper health care and have passed death sentence on themselves because of lack of funds,’ Nnagbo added, reiterating that they subjected themselves to drug abuse.

She decried what she described as unfair treatment given to SCD patients in hospitals and schools, noting that they were treated as pests rather than normal human beings.

The convener of the sensitization event however appreciated a number of persons for their assistance to people living with sickle cell, including the governor of Anambra State, Chief Willie Obiano and his wife, Mrs Ebelechukwu Obiano; Commissioner for Women’s Affairs, Lady Ndidi Mezue; Commissioner for Health, Dr Vincent Okpala; President, Community Children’s Homes, Anambra State, Mrs Helen Eze; as well as the Committee on Sickle Cell Control and Eradication.

While she called on the public to support their newly acquired orphanage and office for SCD children at Plot 22 Ahocol Estate, Awka, she appreciated the Director, Fides Media, Social Communications Department of the Catholic Diocese of Awka, Rev. Fr Dr Martin Anusi, for providing them with a venue for the occasion, adding that they prayed for the emergence of a natural philanthropist as governor in the November 6, 2021 election.

Delivering a talk on Sickle Cell Disorder, Vivian Nwankwo, a medical student of Chukwuemeka Odumegwu Ojukwu University, COOU, who was in the company of her colleagues, gave a lecture describing sickle cell as a disorder which changed the shape of the red blood cell into a sickle instead of oval, causing much pain to patients.

Nwankwo encouraged patients to endeavour going for routine checkup in the hospital, just as she called on public spirited individuals to make themselves available for blood donation at intervals, as it helped hospitals secure pints of blood for transfusion to SCD patients when needed.

Fr Anusi, for his part, while responding, pledged the support of Fides Media to Chie’mma Foundation and the concerns of children living with SCD.

The Director of the department expressed readiness to do everything in its power by way of publicity, creating a platform by way of access to information, as well as assist in any way to constantly bring more people to awareness.

The Awka Diocesan Social Communications Director, who expressed gratitude to the foundation, lauded the foundation’s President for investing her time and resources in a cause he described as worthy.

‘We will give you all our support to create a platform; we give all other resources we have to support you, especially when we see a situation such as sickle cell. We are in for it together,’ Fr Anusi assured.

He encouraged parents whose children suffered sickle cell to do their best in taking care of the children, adding that continuous creation of awareness would engender a sense of responsibility among members of society.

Other highpoints of the event were the award of partial scholarship to children living with Sickle Cell Disorder by the Proprietress, Progress Brain Creative Academy, Lady Loretta Benedict; while some parents testified to the foundation’s good works to them and their children.