After her 85 years sojourn on earth, the remains of the late Lady Ezinne Monica Nwego Otiaba, (Nee Orji), were on Friday, August 27 (the Memorial of St Monica, her patron saint), interred at her compound, Etiti Village, Nimo, Njikoka LGA, Anambra State. 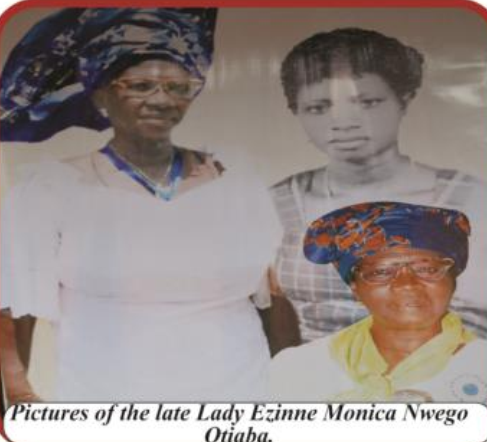 The late Lady Monica Otiaba, who was born on August 15, 1836 (the Solemnity of Assumption of BVM), and died on June 20, 2021, was the mother of Rev Fr Emmanuel Otiaba, who is the Episcopal Vicar for the Laity of Catholic Diocese of Awka, USA Branch, among other children. The deceased was also survived by her grandchildren and numerous relations.

Fondly known as Okagba Nwanyi and Onu Ene, the deceased was commended for her commitment to voluntary and humanitarian services, as well as to proper human formation. 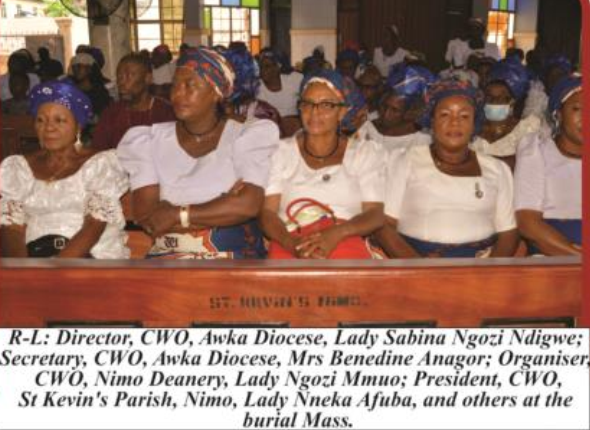 A life member of the Catholic Church, the deceased, with her late husband, Albert Otiaba, was in 1999, honoured with the Best Family of the Year Award by Family Support Programme, Njikoka LGA.

The children eulogised her as an ideal mother who always made them felt loved, supported and as important members of the family whose opinions mattered.

Earlier when he led in the concelebrated burial Mass at St Kevin’s Catholic Church, Nimo, the Catholic Bishop of Awka Diocese, Most Rev Paulinus Ezeokafor, in his homily, charged all to shine out in good works and spend their lives in anticipation of eternal happiness in heaven.

The bishop, enjoined the living to give proper attention to both their spiritual and physical wellbeing and live in anticipation of death, which, he said, was a necessary end.

Pointing out that it was the responsibility of the living faithful to pray for the repose of the soul of the departed faithful, Bishop Ezeokafor, prayed God to, in his mercy, grant the soul of the deceased eternal rest.

He prayed that the good works of the deceased who gave her best to human formation would lead her to heaven. 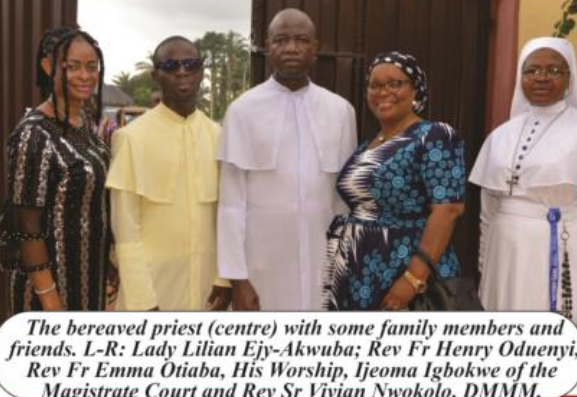 Leading in the vigil Mass at their family compound on August 26, the deceased’s son, Rev Fr Emmanuel Otiaba, prayed God, to in his mercy, grant the soul of the late Monica Otiaba eternal rest in heaven.

In his homily of the vigil Mass, the Vice Chairman, Awka Catholic Diocesan Priests’ Fraternity, Rev Fr Anthony Akabogu, tasked all on lives, which, he said, bore true witness to Christ.

Such ideal Christian life, according to Fr Akabogu, would enable all to live up to the demands of their creation, which, he said, was to serve God on earth and gain eternal happiness in heaven. 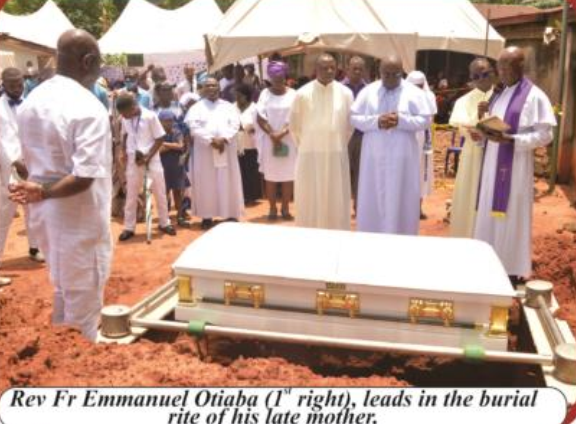