For a Just World, Become an Unlikely Ally

Jeff sat before the Provost, hoping that, that day never came. He prayed each second as the Provost reprimanded him that he was never admitted into the school. As the Provost handed his letter of expulsion to him, drops of hot tears kept flowing down his bony cheeks.

If crying a river would bring back his studentship into the school he would have cried the Atlantic ocean. If shouting on top of his voice would make the school disciplinary committee understand the singular fact that he wasn’t among those who committed the offence of malpractice in the hall during the exams, he would have sang it into their ears like the birds. 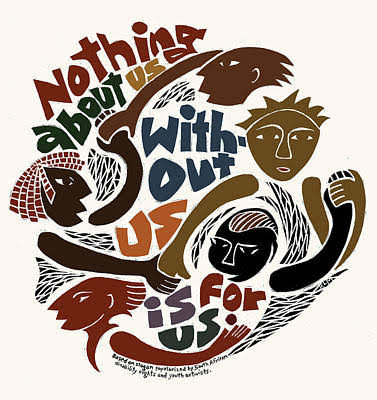 If they could understand that the whole crime scenero was orchestrated out of mere jealousy and envy. As he stretched out his hand to collect the letter, his heart sank deeply like a pin thrown inside the waters. He could not open the letter, he knew that whatever was written on it was all lies.

They were lies, he kept telling himself. He knew he didn’t do any of the things alleged of him. He knew heaven knows he didn’t commit the crime.

As he walked out of the Provost’s office, he felt clothed with shame. The eyes of people gazing at him with voices whispering what his brain could not understand at that moment made him feel lame to walk. He wished he could run or better still fly and leave their sight.

He managed to walk down to his room. Welcomed with consolation words from his roommate, Kamsi, he fell on his bed like a big tree being sawed down. He wondered if his roommate believed him to have committed malpractice. It was needless having such thought anyway, it wasn’t going to change the fact that he had only few hours to pack his stuffs and leave the school premises.

He remembered the incidence that changed everything and almost everyone towards him. He couldn’t understand why it had to be him, moreso, nobody was believing him. He didn’t know how to explain it to all that he was innocent. He tried convincing the school\Desciplinary Committee but it seemed like none was in the same sphere of understanding with him. But what if the class representative had spoken for him.

He may have been heard. It would have had an ally. What if he had testified for him. He didn’t wish to apportion blames to anyone who wasn’t in anyway connected to the incidence but his head could not still wrap around it. His class representative was there, he saw everything happen before him. He was sitting just right in front of him.

It was twenty minutes into the examination and Jeff began hearing some whispering infront of him. Of course it wasn’t his nature to talk in the examination hall if he wasn’t asked to. But the murmuring was getting louder and noiser. He looked forward to see what exactly the problem could have been.

To his utmost disappointment, Kambiri and Kosi had little papers they were writing from and telling his classmates close by which was the reason for the murmuring. It was just way too early to get distracted in the hall. The course representative was sitting right beside him. Jeff looked at the course representative and their eyes shun to each other. Jeff could no longer concentrate any longer.

The exam continued. Minutes later, one of the examiners instructed Kosi to stand and consequently summit the little paper and his answer script. Just immediately, Kosi folded the little paper and threw it under Jeff’s table. Jeff was thrown in total bewilderment as to what to do. Few seconds away, the examiner was standing just in front of Kosi. Jeff became afraid and goose pimples took coverage on his skin.

On interrogation, Kosi allegedly pointed Jeff to be the one with the paper and immediately the attention of the examiner shifted from Kosi to Jeff. Jeff was searched and nothing was found with him. Just as the examiner was about to leave, his eyes caught the roughly folded paper on the floor and that ended the exam for Jeff.

As he was taken away from the examination hall, his feet trembled and he pleaded just a minute to explain himself. The examiner warned him to maintain silence. Jeff kept shifting his gaze from Kambiri and Kosi then back to the course representative. He wanted to say something. He wished he had something.

Severally, he was called upon during the meeting of the school’s \Disciplinary Committee to answer for himself. He was always thrown into tears by the numerous questions flying to him. He wanted someone to speak for him. The much he did, was not in any way convincing to the committee. Now the expulsion for an offence he never committed.

What if the course representative spoke for Jeff? What if those sitting close to him who saw it happen told the truth? Why would they bury the truth to keep shame alive?

What if the privileged starts advocating for the less privileged? What if those with high degrees in education stand for sound education for Nigerian students? What if those who are not affected by ASUU strike begin to move the motion for school resumption? What if you speak up for your neighbour who is alleged wrongly?

What if we begin to fight that which does not affect us directly in any way? Or what if our leaders begin to advocate for a better leadership for the masses. What if those in politics begin yelling for a free and fair election for the benefit of the masses?

What if we become an unlikely ally to one another?

Can we truly fight for the right of others even when they do not concern us or pull a string to our well being in totality?

Do we want a just world? Then it’s a call for all to become an unlikely ally to one another. If the course representative spoke up for Jeff in the moments when he needed help most, maybe he wouldn’t have been expelled or if the other classmates advocated for justice for Jeff, maybe, he would have still been in school to complete his studies.

We all want a wonderful world but are we ready to stand up for justice? Justice is gotten when advocated for. Justice can remain quite until it is called for. It remains inactive until it is provoked. When unpleasant things happen to us, it has a way of playing with our emotional wellbeing.

It tilts our mind to just a parrarel axis about life and narrow our thoughts. We become weak to fight. At this point, what we need most is an unlikely ally who is not in anyway attached to us. Who can help us think at the moment. Who can stand for us and move for the fight. When we don’t get that unlikely ally, guess what happens? We die in such predicament.

We do not have to be paid to be an ally for another. We do this for one another because we want to create a more just and secure world for ourselves and the generations unborn.