Last Sunday night, at about 8pm, the unusual happened: the unknown gunmen who had been constituting a menace to security personnel across the Southeast finally met their waterloo in Awka after they launched an attack on the B Division of the Nigeria Police and the state headquarters of the Independent National Electoral Commission, INEC, also in Awka, very close to the B Division.

According to the Anambra State Commissioner of Police, Chris Owolabi, who briefed the press in the morning following the attack, while the attack on B Division went on, the police suspected it was a decoy by the attackers to keep the police occupied while they launched another attack on INEC. The police then mobilized and deployed men to the INEC office where they would eventually confront the attackers head on. 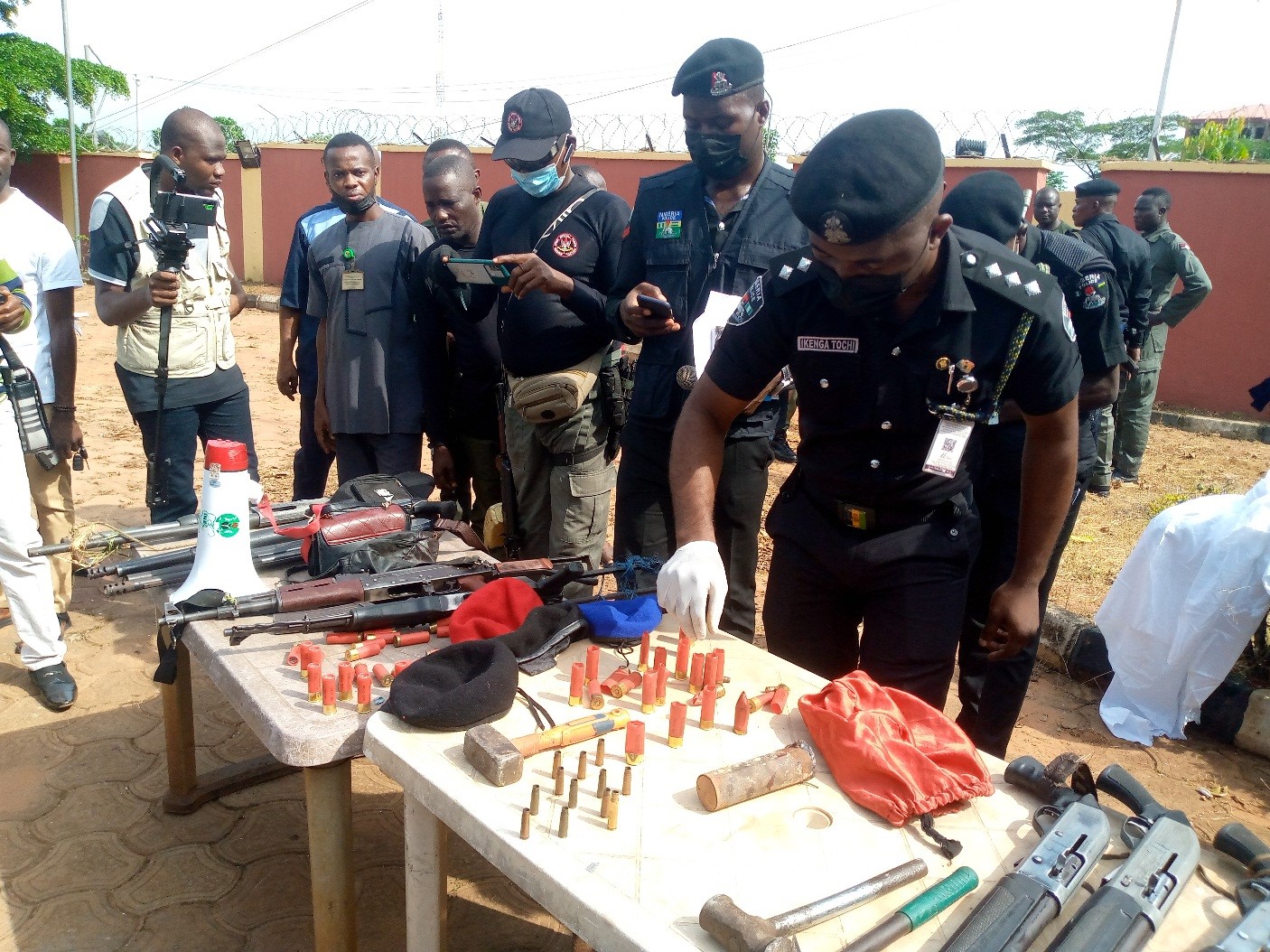 Unofficial but reliable reports had it that four of the attackers were killed, with two arrested, while the three Hilux vehicles they came in were demobilized. This forced the remnant of the invading force to scamper for safety. The police commissioner who said there was no casualty on the side of the police, disclosed that they were combing all the bushes and checking all the hospitals in the state with a view to rounding up the escaping hoodlums. He urged the members of the public to avail the police with information about anyone carrying bullet wounds.

Unfortunately, the hoodlums were able to burn the collation centre at INEC and four vehicles parked inside the premises, with three others partially damaged or burnt. The charge room at the B Division was also razed, with inmates at their cell released.

The successful repelling of the latest attack by the police, which was the first since the attacks started, will no doubt be a morale booster to a force badly in need of one, given the losses in men and material it had recorded lately in previous attacks.

The police commissioner announced that the police had taken measures to reclaim the public space as could be seen in what he described as the recent patrolling of the roads by the police.

We are happy with the gallant effort of the officers and men of the Anambra State Police Command in repelling the latest attack and we believe that this will dampen the morale of the attackers and restore public confidence in the police.

We urge the public to see security as everyone’s business in these perilous times. They should not hesitate to tip off the police and other security agencies if they suspect anything or anyone.

For those behind the attacks, they should know that we have had enough of bloodletting. The police officers being killed are breadwinners of families and people’s husbands, fathers and brothers. We should not degenerate to a level where anarchy envelopes the state.

Anyone with grievances should not resort to violence but should channel it to appropriate quarters, as well as ventilating such grievances in a civilized manner. We cannot destroy our own in order to prove any point. Life remains sacred and should be respected.

It is our hope that the recent success by the police in Anambra will herald the beginning of further successes that will ultimately see the return of peace and normalcy in the state.

Once again we congratulate the police on their recent gallantry.