The former commissioner, who was at the event honoured as pillar of CWO, Neni Deanery, observed that the increased number of unemployed youths of Anaocha/Njikoka/Dunukofia Federal Constituency had been alarming. She noted that there was need for concerted effort to be made so as to get the graduates, who were without jobs, gainfully employed. 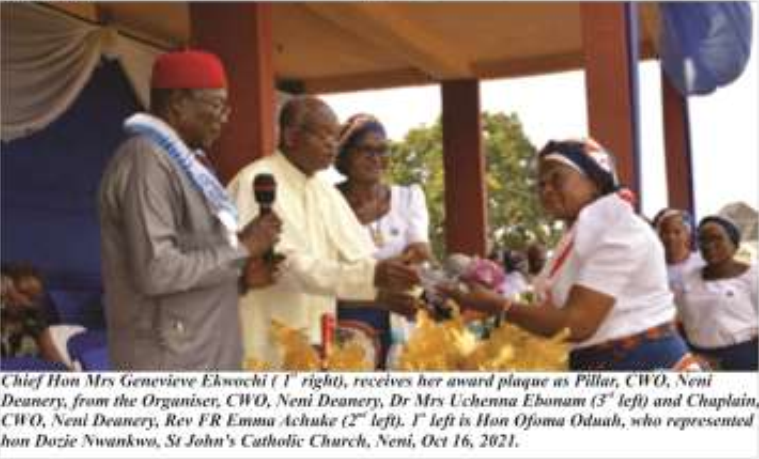 Ekwochi, who said she was happy over the award conferred on her by CWO Neni Deanery, described the cultural displays on exploits in war and farming by the Catholic women as very remarkable. She urged the mothers to live up to their responsibilities as ideal role models in families, the Church and society, so as to ensure better future for the children.

Reacting to the call by Ekwochi, the federal legislator, Hon Ferdinand Dozie Nwankwo, said youth employment and general human development had been part of the focal points of his representation.

Hon Nwankwo, who was represented as the chairman of the occasion by Hon Ofoma Oduah, explained he had recently secured employment opportunities for over thirty five youths of the constituency.