Five members of Fides staff under the umbrella of their Fides Trends in Anambra (FITIA) team, last Monday, June 21, donated a set of new customised jackets to Fides Media Ltd as part of their contributions to the growth of the establishment.

The FITIA team which was led by the leader, Miss Mercy Hill, donated the seven pieces of new Fides Media branded jackets at the Monthly Fides News and Editorial Department Meeting for the month of June 2021 held at Archbishop A.K. Obiefuna Auditorium, Fidesplex, Awka. 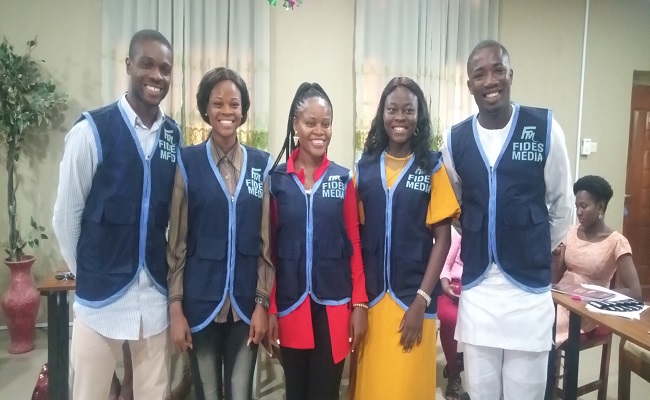 Mr Adejoh described as worrisome, how the members of staff who wore the old jackets to event coverages explained that they were of Fides Media when the jacket they put on read Fides Communications. He added that the FITIA team members agreed to donate the new jackets so as to put an end to what they described as the confusion which the old jackets often caused.

Receiving the set of seven new jackets from the team, the Director, Fides Media Ltd, Rev Fr Dr Martin Anusi, appreciated the members of the team for the donation, describing it as a show of generosity.

Rev Fr Anusi, who stated that he did not discuss the jacket with the team members, said it touched him that despite the financial and other challenges which they had, the members made such sacrifices and donated the jackets to the establishment. 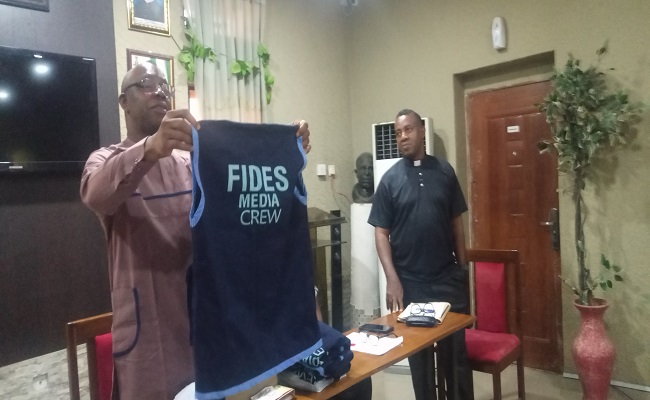 According to him, for such young people to have made the donation out of their meagre resources depicted generosity. He lauded them for the choice of colour and design, expressing happiness over their creativity.

The Fides director encouraged all members of the Editorial Department, as well as the entire staff, to continue to thrive and put in their best for the growth of the establishment. This was even as he appreciated all for their contributions, which, according to him, had contributed to the development of Fides and relieved him of stress.

Also speaking, the Deputy Director I of Fides Media Ltd, Rev Fr Coach Obinna Dike, appreciated the team for the gift of the jackets to the establishment. Rev Fr Dike, who is also the editor of Fides Newspaper, described the donation from the young people as an indication that there was hope for the future, and there were groups of people who would move the family forward.

The Deputy Director I enjoined the members of the Fides Editorial Team to sustain what he described as the good family spirit which the team had been known for, saying that there were indications that God had been good to the family.

For his part, the Editor-in-Chief of Fides Newspaper, Mr Jude Atupulazi, commended the FITIA team members for what he described as the impressive passion they had for hard work and their job, urging them not to relent.