Anambra State governor, Chief Willie Obiano, has revealed that in two weeks’ time, an international flight from the fleet of Ethiopian Airlines will land at the Anambra International Cargo and Passenger Airport to confirm its international status.

Obiano was speaking to journalists in his home in Aguleri, Anambra East Local Government Area, after conducting them through the airport, and the newly constructed International Conference Centre in Awka.

He said, ‘In the next two weeks, a flight from Ethiopian Airlines will land at the Anambra International Cargo and Passenger Airport, Umueri. We are working seriously on it. 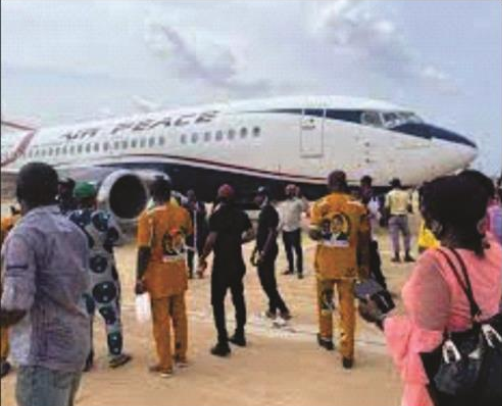 ‘This will boost agriculture as most agricultural produce will be easily exported through the Anambra International Cargo and Passenger Airport.

‘If you know me, you will accept that I’m a man associated with class, and you can see class in all the projects I did for Anambra people. The airport you see there is about the best in sub-Saharan Africa, with some of the best facilities anywhere in the world.

‘In terms of safety, it is the best and has landing facilities that you can hardly find in any airport in Nigeria,’ Obiano said.

The governor also used the opportunity to confirm that his wife, Mrs Ebelechukwu Obiano, would be running for a seat in the Senate to represent Anambra North Senatorial Zone.

The Governor’s confirmation came in the wake of rumours that his wife would run for Senate after the expiration of Obiano’s tenure, but there had been no confirmation about it before now.

‘My wife is the one who will be going for Senate. She wants to run for Senate to represent Anambra North people. She is from Oyi Local Government Area, which is in Anambra North.’