Fire On The Mountain

At midday few days ago, I was relaxing at the balcony of my rectory with a bottle of chilled beer and some pieces of fried meat before me. As I was sipping from the second glass and grinding two pieces of the meat with my natural machine, I heard some gunshots not far away. I heard someone shouting, “There is fire on the mountain! Run! Run!! Run!!!” Immediately my breath failed me.

However, to avoid economic waste I swallowed the pieces of meat anyhow and transported them down to their destination with the remaining beer. Then I jumped up and peeped through a fancy block hole. I saw crowd of people (men, women, youths and children) running helter-skelter. When I saw a pastor in white cassock among the crowd running without break, I told myself that this must be serious.

A frog does not run in the daylight for nothing. At the moment I was only putting on white short and white singlet. Since danger does not recognize fashion, I quickly ran down stairs into the backyard. To avoid taking chances, I scaled over the high wall with strength that came into me from nowhere.

Landing safely on the other side, I took cover under a small bushy tree. I squatted there, panting and trembling seriously. Luckily my Rosary Bead was in my pocket. I started praying ardently with my two eyes wide open in case of any eventuality. 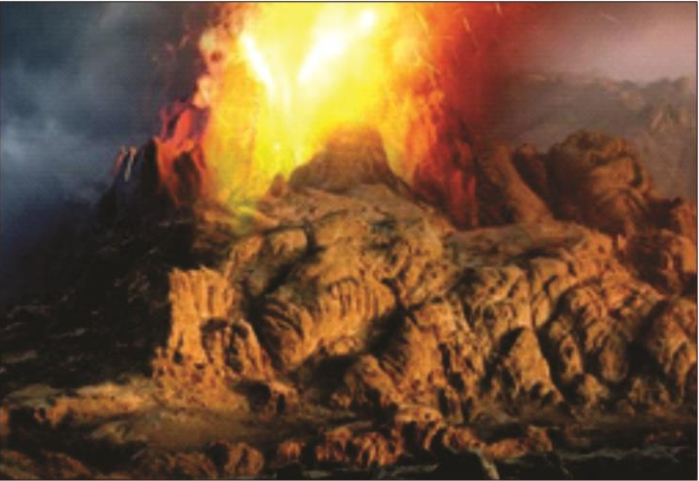 Did the Bible not instruct us to watch and pray? Both paid me automatically. As I was squatting, praying and watching, I saw a huge green snake in green grass venomously coming towards me. Clenching my Rosary tight I jumped up and took to my heels. Unfortunately I missed my step and rolled down a gully. The white short and white singlet I was putting on became ‘it was white’ due to mud in the gully.

On the process of regaining my lost energy, behold some giant and dangerous scorpions were marching with their weapons towards me. With the help of some roots at the walls of the gully, I climbed out to safety. Meanwhile the gunshots were still going on.

With the remaining strength in me, I climbed a mango tree nearby. I sat on one of its branches tired to the bone marrow and my stomach was making a hungry noise. Luckily some of the mango fruits were ripe. I plucked two and then sanitized them with my dry saliva and began to eat.

Accidently I glanced up the mango tree. What did I see? It was a black cobra with its head set to attack me. In fact God is present everywhere. I threw away the mango and jumped down. The cobra also jumped down but missed me. It fell into the gully. This gave me opportunity to escape. I exclaimed, “Danger is everywhere!”

My people say that if you are being pursued from your father’s house, then you take refuge in your mother’s home. But what happens if your mother’s home is not a safe haven? Is it not the same as jumping from frying pan into fire?

Suppose you climb a tree and saw a venomous snake above you and at the same time a hungry lion is roaring down the tree. What will be your next line of action? Is it not to say your last prayers and wait for whatever fate befalls you? What happens when a person runs away from evil men and ends into the hands of evil spirits?

Indeed there is real fire on the mountain in our country Nigeria. The fire was ignited by the Boko Haram terrorists in the North East. From there it spread to the North West and North Central. It has consumed thousands of innocent lives. As the people were running away from Boko Haram, they fell into the hands of Fulani bloody herdsmen who shot them with Ak-47 and set their houses on fire.

Those who survived from the two terrorist groups were quartered in internally displaced camps set up here and there. They have no more homes.

Their children are not going to school. Hunger and anger are written all over their faces with no hope of returning to their ancestral homes. Many men and women among them have been rendered widowers and widows. Thousands of children became orphans by losing their parents in the bloody inferno.

When the government was contemplating on how to put rest to the menace of the Boko Haram terrorists and bloody herdsmen, the bloody bandits sprang up here and there. Their targets are money and human blood.

They metamorphosed into kidnappers. Millions of Naira or dollars are paid as ransom before their victims are released. Those victims whose relatives cannot meet up with the mandated ransom are brutally killed. At times the kidnappers collect ransom and equally murder the kidnapped victims.

If you pour fuel into a raging fire, it becomes more disastrous. Cultists and unknown gunmen have made the raging fire more inflammable. The fire on the mountain has become hydra headed. Escape route is now made difficult. If you escape from one gang you may end up falling into the trap of the other. The bloody fire is spreading wildly into all parts of Nigeria. Presently, nowhere is s afe. People in the West, South-South and South-East are also sleeping with two eyes open.

For several years, the South-East has been suffering from the menace of bloody herdsmen who kill, maim and rape their victims. Many farmers could no longer go to their farms. Unfortunately when the herdsmen were disappearing, cultists and unknown gunmen took over. They kill innocent persons going about their daily businesses. Rival cult groups attack and kill themselves here and there.

In the process some innocent citizens lose their precious lives. Human life has been devalued in these precarious days all over the country. Hence the greatest problem starring us at the face is insecurity. It seems even that the federal government and state governments have no more solutions to offer. We are left to our fate. This is quite regrettable.

Under the leadership of Governor Willie Obiano, Anambra State was the safest State for seven good years. It was during the preparation for the recent governorship election that the bloody fire on the mountain started consuming innocent people in the state. The killing was politically minded. By God’s grace the election was free, fair and credible. Professor Chukwuma Charles Soludo emerged the clear winner.

He will be sworn in on 17 March 2022. Goodbye Obiano, welcome Soludo. We want nothing but peace and security in Anambra State. It is only a living person that can enjoy the dividends of democracy. Our lives are in serious danger.

After the gubernatorial election there was relative calm in Anambra State. The unknown gunmen disappeared. But today they are back. It can also be politically minded. Some of those who lost the governorship election may not have gone home to roost. The raging bloody fire is consuming innocent persons more in Anambra South. Who are the sponsors of the wanton killings? God, please come to our aid!

In order to quench the fire on the mountain, the Catholic Bishops of Onitsha Ecclesiastical Province calls for ardent prayers by all and sundry in Nigeria as a whole and in the South-East in particular. The intentions according to the Bishops are: “(1) For Security and Peace in the South-East of Nigeria. (2) That God may cause a change of heart in the murderers and make them once again realize the sacredness of human life. (3) That justice and equity will reign in Nigeria.

In this wise, we ask God to give the Federal Government of Nigeria and some of our own political leaders the courage and honesty to discuss the challenges facing the South-Eastern region which are part of the causes of youth restiveness and violence in our zone.” To actualize the above intentions, the Bishops request for fasting on Ash Wednesday and on Fridays of Lent by all Catholics.

In addition, the Bishops, Priests and Religious should fast also on Tuesdays of Lent. The recitation of the Rosary should be undertaken by individuals, families, associations and parishes throughout the period of Lent. In conclusion, the Bishops ask all and sundry not to lose hope in the midst of the fire raging on the mountain. There is hope in hopelessness.

During the investiture of three Monsignori and Papal Knights in the Diocese of Sokoto on 26 February 2022, His Lordship, Most Reverend Matthew Hassan Kukah remarked, “Ours is a country of peace but our problems will not be solved through prayers alone, but also working for the peace, ensuring justice and love for all irrespective of creeds, religion and political affiliations.” The die is cast! May God come to our aid!