Everybody goes through seasons of life. Some seasons are great, and some are difficult. Through it all, however, we get to decide how we react. It’s always our choice.

Some of the most admired people in the world had to endure tremendous hardship for a season of their life, or, in some cases, the majority of their adult life. 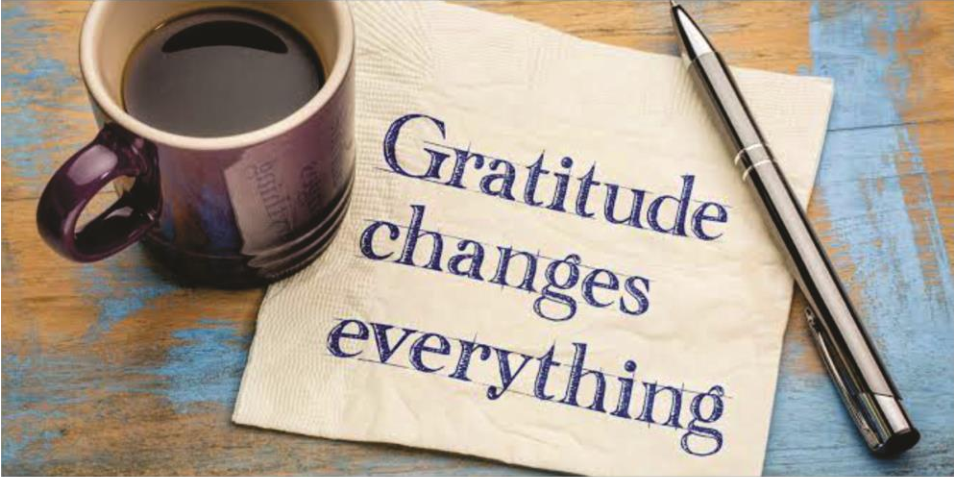 Nelson Mandela served 27 years in prison. Imagine the mental battle of 27 years in prison, and the choices he had to make in order to persevere. Was it hard at times? You bet. But he used the time to develop his mind and character.

The list can go on and on. And you might ask, what does this have to do with gratitude?

As we face the challenges that life can bring our way, we need to make a choice about how we’re going to react. If we aren’t able to keep hope, accept what is, and experience gratitude, it’s hard to move forward.

We can’t always know what the current season of life is going to provide for us later on.

A story of gratitude

Anthony Ray Hinton spent 30 years on death row for a crime he didn’t commit. He was working in a locked factory at the time of the crime he was being accused of. The police told him he would be going to jail because he was black.

His time in jail was spent in solitary confinement in a five-by-seven-foot cell, allowed out only one hour a day. But, Hinton quickly became a friend and counselor to other inmates and the death row guards, many of whom begged Hinton’s attorney to get him out.

A unanimous Supreme Court ruling ordered his release and he was able to walk free. In an interview he is quoted saying:

“One does not know the value of freedom until it is taken away, People run out of the rain. I run into the rain…I am so grateful for every drop. Just to feel it on my face.”

Hinton was later interviewed on 60 Minutes. The interviewer asked if he was angry at the people who put him in jail. He said he forgave them all.

The interviewer asked, “but they took 30 years of your life — how can you not be angry?”

Hinton responded:“If I’m angry and unforgiving, they will have taken the rest of my life.”

The world didn’t give you your joy.

Hinton is a strong example of the ability to respond with joy and gratitude despite horrendous circumstances.

He’s quoted in another interview:

“The world didn’t give you your joy, and the world can’t take it away. You can let people come into your life and destroy it, but I refuse to let anyone take my joy. I wake up in the morning and I don’t need anyone to make me laugh. I’m going to laugh on my own, because I have been blessed to see another day, and when you’re blessed to see another day that should automatically give you joy.”

Sometimes the hardest part is building the awareness. If we’re not careful, we go through each day and each week as machines, repeating the same behaviors and tasks. We rarely stop and bring awareness to each moment, each day, and the things that we should be grateful for.

What if we set a reminder each day this week to bring more awareness to building our gratitude muscle?

Set a reminder on your phone. Find a wallpaper image for your phone. Or, my favorite, pick a doorway in your home and hang a sign that says — “Be Grateful.” Touch it every time you walk through The door.

We spend too much time living in the past and dwelling on things that went wrong. This poisons our actions in the moment and slows our momentum for the future. Gratitude does not make us complacent. It allows us to experience more hope and more abundance in life.

We attract more good into our life when we focus on the good that surrounds us now.

Go out and get it.

Hope you had a nice read and impactful one too? I couldn’t resist sharing this piece with you after reading it over and over again on Medium. You may have tried unforgivesnes, hatred and ingratitude in previous years. For this year come let’s try gratitude.