Her name is Maryann and I only met her two days ago. She is twenty-one, but on November 12, she is twenty-two. About the month, I am an August Supremacist and I believe in the existence of only two months in a calendar year: August and Others.

While nothing good can surface from the others. So my love for Maryann first of all surprises me, as being born in August was the central reason I fell in love with Rita. Again, when I discovered we share the same birthday, August 30, I readily accepted we were meant for each other.

Fate always has a way of saying these things. Only later it became obvious that it was a blatant lie, fate had not said anything. Because the relationship did not merely end, we ended up regretting ever seeing each other in the first place. 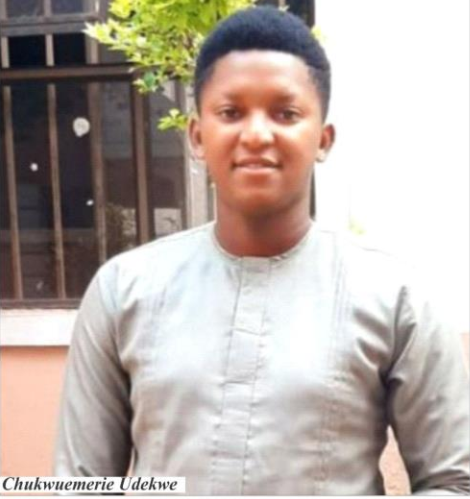 Maryann is tall, with legs slightly curved to give her charm, while her hips give a distinct shape of a succulent apple. Her breasts, not so big but juicy, as visible in the numerous pictures she sends me. Maryann does not need to try, to be beautiful. Honestly, she is not my usual type of girl.

Dark skinned, simply as I do not like, even though there is this thick-brown creamy texture about hers that makes me call her Chocolate. But I appear not to care, maybe I cannot. This reminds me of Malta, a girl drowned and pulled out from the well of the faeries with each tone of her skin as blonde as the other, just as I love it to be.

Whom I dated four years ago only for her to pierce my heart, ripping every shred as she could.

Maryann is neither buxom nor voluptuous, not having the ideal hourglass shape I crave in every woman. I am still lost in wonder, as to why I, or rather my heart, would fall for such a person; it has to be something definitely beyond my control.

My shortest relationship, the one which had lasted for only two weeks before I found Christabel was of a very curvaceous lady. While she was so curvy, which made me fall so quick, the relationship was toxic, which made it last so short. Within a week, I was faced with the option of choosing either figure 8 or life. And when she was coming for my life by the middle of the second week, I realized it was only the living that appreciated beauty.

Christabel arrived at the right time, like a prince in shining armour to save a fairy princess, but only this time, the reverse is true. With her deep maturity and care, Christabel crammed the void that Lizzy’s toxicity left in me. I have to swear, Christabel was outstanding.

She taught me love, and for whatever qualities she lacked, her dainty fingers and elfin oval face were enough. Really, I’m yet to decrypt what happened to us. How and why it all ended. She gave me the feeling I have always wanted, almost identical to what I now have for Maryann but its new and unique twist.

Maryann brings a feeling I did not know existed in me. I have in no way felt, expressed or imagined. Until I met her. And that was all I needed to love her: to meet her.

It was as if a fictional artist in my mind had seen her and immediately struck a chord in my heart that said, “this is it.” As Fulton Sheen had said Plato said. Plus it continues to resonate in my heart, each time, leaving me with sweet melodies that cause butterflies in my heart and make me behave like a child.

I’m her child and I am not ashamed of it. As I said “hi” to her the evening of this past Saturday and she responded, I have, for the first time in my life, seen reasons to be a better man. I started to self-transcend, wanting and willing to surpass myself and the one after it like Nietzsche’s Superman.

Maryann is the woman of my dreams, I love her, and I am here to announce it.

After Chike had said all these things to me, I felt actual pity for him. The kind I could only give to those who had lost loved ones. The stain on his lips was still there. I also perceived the stench of perplexity that came from his own words: “our chatting had been going on pretty fine as usual, until she didn’t reply again, then before I recognized, she had blocked me.” Chike does not understand. He has done nothing to hurt her. Chike that I know will do anything for such love. The sort he just narrated to me.

I do not know what to say to Chike. He is giving up on love. In trust, I cannot say I understand how he feels. This thing called love has been much easier for me. I had commenced my very own experience of it and sailing it for six years now.

Being way handsome, tall, and of fair skin, which is almost every woman’s dream offline, after they deny us online, it was easy to get her. I remember making this choice amidst several women who desired me and were not afraid to say it. Well, I understood.

They should not have been. As a ladies’ man, they had to be daring about their pining for me, or the next girl would snatch me immediately. But the person of Vivian endeared me so much that I did not only become attracted to her but also, got stuck in loyalty to her. Chike knows about this relationship and apparently, wants me to talk about it again.

It will serve as a sinew of hope for his drowning vision of love. Chike knows our business, Vivian and I, and has always expected such an atmosphere in all his relationships. He knows of the endless times we had been to the movies, had dinner dates and tickled each other till it was very late in the night. Chike knows the story of our pink flowers and peculiar gifts. The countless ‘eternal promises’ we have made to each other, and the long-term plans we have together.

I cannot tell Chike any of these now. I cannot be the hope he needs. Because the subject of hope no longer exists. Chike does not know yet. Right now, I am hopeless. I am confused.

Vivian has left me. During our lunch date yesterday, her countenance suddenly changed. It was very unlike her. I can bet I had never seen her like that before. I tried so hard to figure out what happened. But after she promised to let me know over the phone, I had to stop.

We finished lunch, but not with the usual aura as we were wont to. I felt so concerned as we left, thinking about what could trouble her that much.  I was barely at home when my cell phone beeped. It was Vivian. And her message read, “I cannot lie, you are every woman’s dream, Emmy. You are everything any woman would wish for, except the thing I want in a man.”

What did that even mean? After all these years? It took me the total night to figure out what those words, “I cannot lie, you are every woman’s dream, Emmy. You are everything any woman would wish for, except the thing I want in a man,” meant:

It meant absolutely nothing except that she wanted out. She was just done. She has fallen out of love with me.

Chike is hopeless about love. He is yet to know that I am too. I am heartbroken. Vivian did not only break my heart but ground them into various tiny pieces and flung them in several dimensions.

In this business called love, my friend, Chike and I are tired.

Someone help us. Please, Save Our Souls!