The Commissioner for Women’s and Social Welfare, Mrs Ify Obinabo, has issued a warning to sexual predators that sexual assaults and gender-based violence will no longer be tolerated in the state.

She issued the warning while fielding questions from newsmen in her office in Awka.

Mrs Obinabo noted that since assumption of office as the Anambra State Commissioner for Women’s and Social Welfare on April 9, 2022, her ministry had rescued eight rape victims in the state. 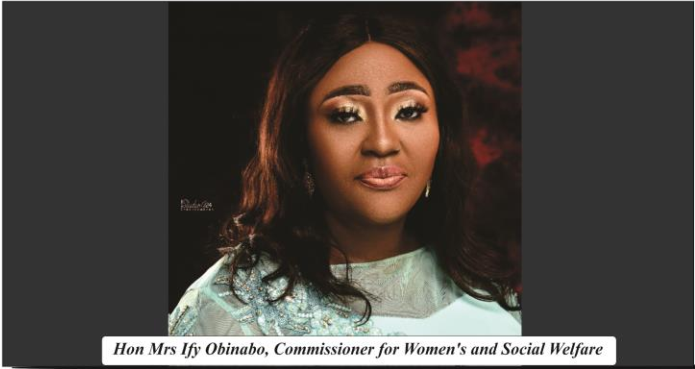 She said she was able to accomplish that with the help of other government and non-government partners and agencies in the state such as the National Agency for the Prohibition of Trafficking in Persons (NAPTIP); Violence against Persons Prohibition Implementation Law Committee (VAPP); Rule of Law and Anti-Corruption (RoLAC); among others.

Disclosing part of the plans of the ministry, Mrs Obinabo warned parents to desist from aiding and abating crimes but rather give their children good parental upbringing, regardless of the child’s gender.

The Commissioner also urged parents, especially mothers, to be agents of change by grooming their male children properly in other to avoid having children that constitute nuisance in society.

She said that any offender found guilty after investigation must face the consequences of his crime.

Hon Obinabo assured everyone that any complaint brought to her notice must receive attention, even as she encouraged them to champion the “If You See Something, Say Something”, mantra of Governor Soludo.

She released an emergency call line: 09065906059, for everyone to get involved in making Anambra a livable and prosperous homeland.