-Our Queen Models must carry themselves always with utmost dignity, says Queen Ezeneche 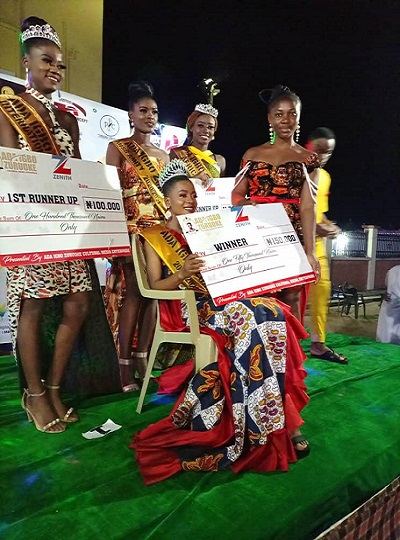 The founder and convener of the pageant, Queen Modesta Chidimma Ezeneche, herself the Second Runner up of the Face of Okija 2013, and most beautiful Diva in Nigeria 2018, started the inaugural  cultural pageant show that led to this eventual grand finale at Okija late 2020. The various contestants were put through many processes and tasks leading to the final day, where six finally mounted the podium for the final contest. The final candidates underwent some training on womanhood, prestige, royalty, flair, elegance, and outlook, all within the contest of Igbo culture.

The events of the final night brought the maidens on stage severally, to display their talent in knowledge of Igbo attire, food, social functions, royalty, prestige, custom and traditions. Acting and comedy were also added in what the girls displayed. It was an engaging night before a filled up open square of Lively Hills hotels.

It was all a tense atmosphere as the contestants were eliminated one after the other by the judges, finally leaving the last two. The eventual announcement of Chinecherem as winner of the contest threw her into momentary gasps for breath. She succumbed to emotions and cried excitedly to her crown, and the dummy cheque bearing the grand prize of One Hundred and Fifty Thousand Naira. The first and second runner up went home with a hundred thousand Naira, and Fifty thousand Naira respectively. 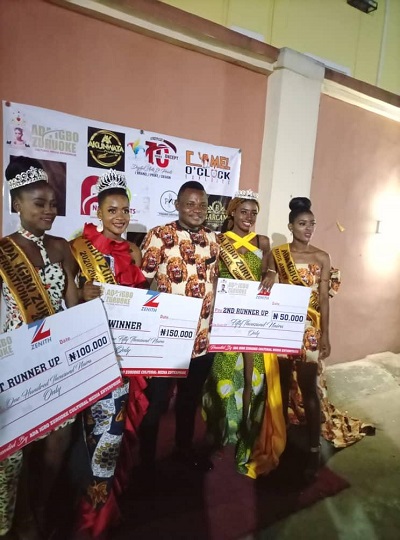 The winner Chinecherem speaking to Fides, appreciated all those that believed and supported her hard road to the victory. “You all that believed in me and supported me to this crown, I thank you immensely. God will bless you. You motivated me. To my fellow contestants, I thank you for the maturity and spirit of sportsmanship. You are queens too. To Queen Mma and group, event sponsors and other organizers, you are all wonderful. God will bless you on and on.” Queen Chinecherem, also from Neni town said.

Addressing the crowd at the event, the convener Queen Ezeneche said prestige and diginity were the key to royalty, and urged all contestants and winners, defend Igbo culture in wherever they found themselves.