Fides is Our Own – ACTDA

The Fides delegation led by the Fides Director, Rev Fr Robert Anagboso, was welcomed by the Managing Director, Hon. Ossy Onuku, in his office. 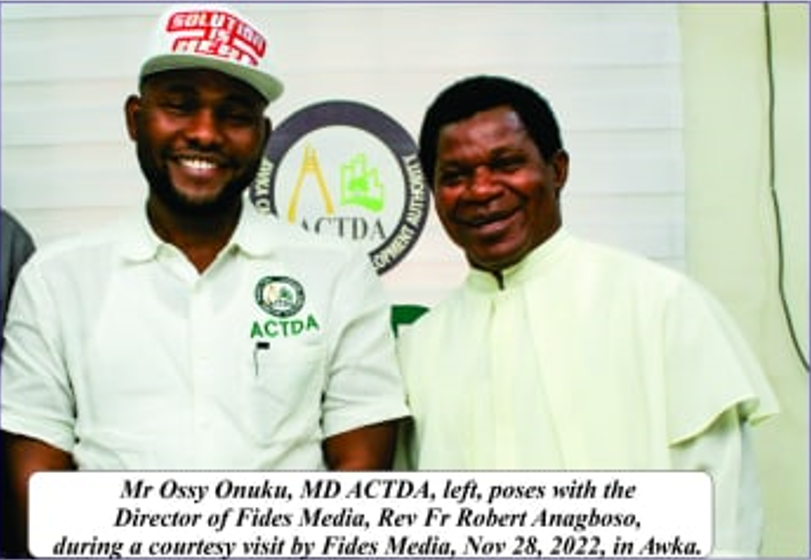 Stating the purpose of the visit, the Fides Production Manager, Mr Alexander Adejoh, stated that following the recent change in Management at Fides, the Fides Director thought it fit to acquaint himself with important stakeholders in the state in order to strengthen already existing relationships with the government.

The Fides Director, Fr Anagboso, introduced Fides services to the ACTDA MD, and also appreciated him for being a major client of Fides Media. He further asked that the relationship between ACTDA and the Fides family be strengthened every day.

While welcoming his visitors, the MD, Hon Onuku, appreciated Fides for the visit, and assured them of strong and mutual partnership in business. He further described Fides as ‘Our own’, noting that was why he talked about media partnership.

He pleaded with Fides to join hands with the government in developing Anambra State.

The Fides Director, Fr Anagboso, thanked him for what he described as the warm reception given to the Fides delegation and assured him of Fides’ continuous commitment to the growth of the state.