The Director of Fides Media, Rev. Fr Dr Martin Anusi, was, Saturday, September 18, surprised by a birthday party organized for him by his workers and friends. The event which held at Annabel Hotel, Awka, was done in reciprocation of his kindness to others, Fides gathered. 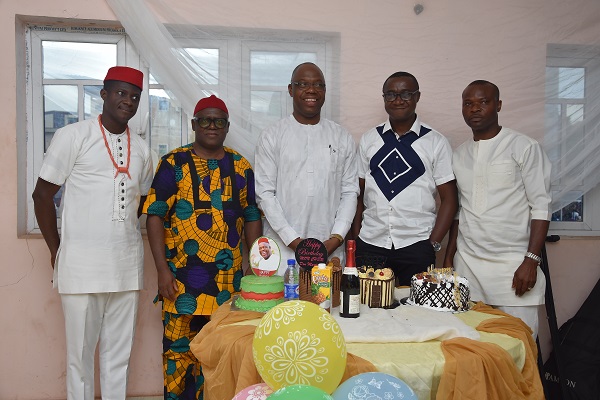 It was a visibly shocked Fr Anusi that was ushered into the hall where he was greeted with a musical rendition from Cuccaz Band – a kiddy’s band from Awka, wishing him a happy birthday.

Testimonies from guests centred on how Fr Anusi had impacted on humanity, as well as how well he had been performing as Fides Director.

In his own testimony, the Editor-in-Chief of Fides Media, Mr Jude Atupulazi, who spoke for Fides Media, complimented the celebrant on his leadership style in Fides Media and on how he had made the work environment a friendly place for everyone.

His words, ‘In Fides, we play and work. This is because of the friendly nature of the Director who has made friends with all his members of staff.’

Speaking on behalf of Agulu Community, the hometown of the Director, Rev. Prof. B.A.C. Obiefuna, Dean, School of General Studies, Nnamdi Azikwe University, Awka, Anambra State, said that Agulu Community had always been known for producing great people who did well in their respective fields. 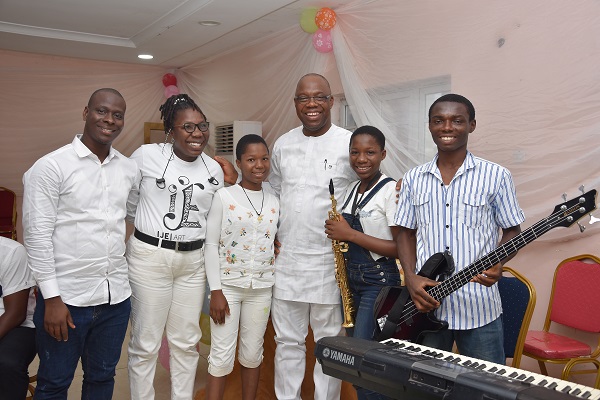 He remarked that the celebrant represented them well at Fides Media as Director, and in the hometown as a doyen to reckon with. This is even as he further appreciated the celebrant for making Fides Media an environment worth researching for other media organizations.

‘One of my students during her research work used Fides as a case study, a lot of reactions came in as to whether staff (member) in the organization are only Catholics. She maintained that from what she saw, people of different religions and tribes worked at Fides.

‘They said student emerged the best in the research project,’ the Rev. Professor maintained.

Fr Obiefuna however advised the celebrant to research on human development and its complexity, citing that one of the challenges of his type of organization was handling humans with varying interests to protect. 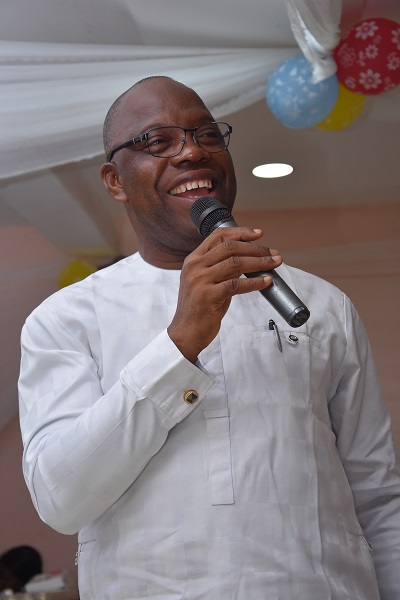 As a crusader for human capital development, he appreciated the Cuccazz Band and encouraged them to do more.

For his part, Rev. Fr Chetanna Chukwuneke, Chaplain of St Camillus de Lellis Chaplaincy Unizik, Okofia, Nnewi, appreciated the celebrant on how he had been exuding excellence and also for all the lives he had touched positively.

‘There’s no reason why you would not be happy. All your life, you’ve shown happiness and kindness to the people around you,’ the Catholic priest maintained. He sent goodwill messages from the people who had met him through the celebrant.

Other guests also showered words of gratitude to the celebrant on how he had been touching lives positively, engaging the youths productively and showing kindness to people around him.

Among them is award-winning Fides reporter, Mr Ikeugonna Eleke, who recounted the celebrant’s benevolence to his family in 2018 during their turbulent moment.  He prayed God to continue to protect him in all he did.

On her part Pst Augustina Pius Hills who came with her family from Enugu recounted her family’s encounters with the celebrant describing him as God’s gift to humanity .she thanked him for what he has been to her children and family.

Side attractions also came from five-year-old Miss Sochima Colette Anachuna who wowed the celebrant and guests with ballet dance presentation. 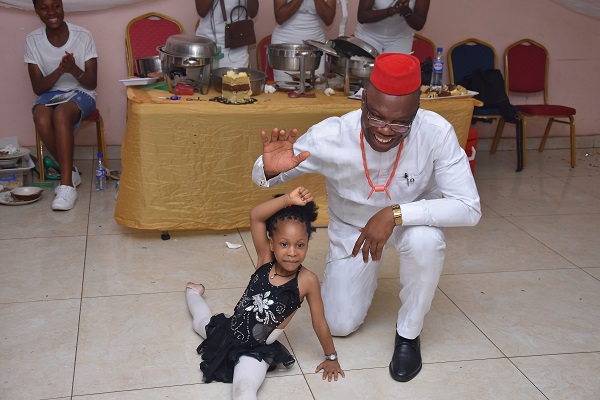 Speaking at the event, the celebrant, Rev. Fr Dr Martin Anusi, said he was short of words to express the kind gesture that was bestowed on him by friends and acquaintances. He however thanked those who planned the the event in his honour. He thanked God for the grace of life and for the people around him; even as he urged all to do whatever little they could to the people they meet.

‘The country can only be better, not only by our criticisms but by each of taking responsibility to change our lives. By taking responsibility, we all, at our places of work, should make impact to humanity and make the country better,’ the celebrant charged. He stressed that the country was in a bad state and that the only way it could be better was for the people to change lives the little way they could. 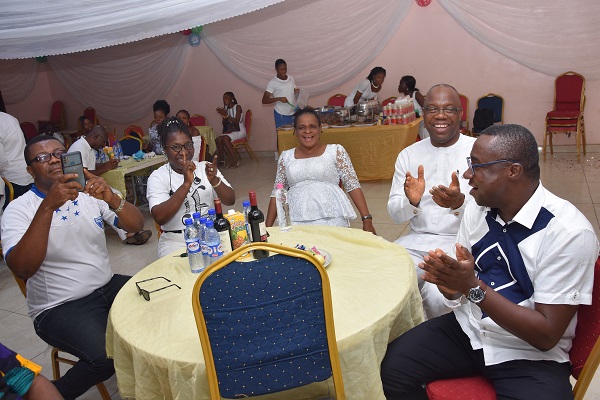 He also commended the musical rendition and ballet dance put together by the Cuccazz Band and Miss Anachusi. He thanked them for the sacrifices they made in giving him a memorable birthday.

‘I’ve heard of the Cuccazz Band once through the inspirational page of Fides Media Newspaper and I have longed to meet them. Seeing them today perform on my birthday made my day,’ the Director said.

Typical of his type, he appreciated the little Anachusi for her ballet dance presentation and   Cuccazz Band with musical instrument .

He appreciated everyone who came-out for the event form far and wide to make his day memorable. 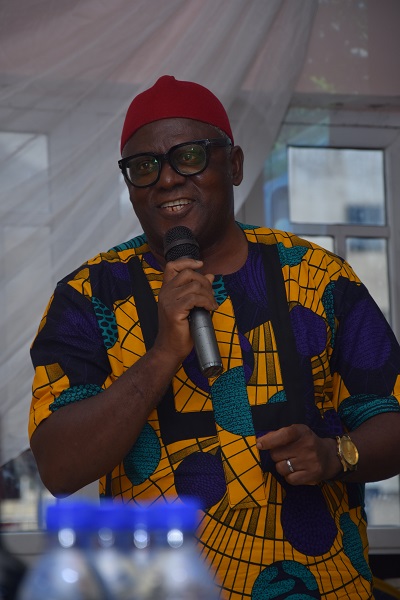 Reciprocating what they described as the celebrant’s, the duo of Barristers Amaka Ezeno and John Anachusi agreed to work with Fides Media as legal advisers pro bono. Ezeno who instigated the move, said the contact was terminated in 2004 due to lack of interest. After speaking with her colleague, Barr. Anachusi, the duo have agreed to reignite the contract on his birthday.

Reacting to their gesture, the celebrant thanked them for finding it worthy to be legal advisers of the media organization and also expressed how cost effective it was to hire a lawyer for a firm like Fides.