It was an emotional scene, last Monday, as Miss Cynthia Igbokwe, a reporter with Fides Media, emerged the winner of Fides Best Reporter for the Month for February, 2020. It was the first time Igbokwe won the award since its inception in November, 2020.

Miss Igbokwe, who, joined Fides last November, won the award with a story she did in the February 7-13 Edition of the Fides Newspaper, titled, “Pedestrian Bridge at UNIZIK Junction Turns to Market”, broke down in tears when she was announced winner at the monthly meeting of the News and Editorial Department of Fides Media at the Archbishop A. K. Obiefuna Auditorium, Monday, March 8, 2021. 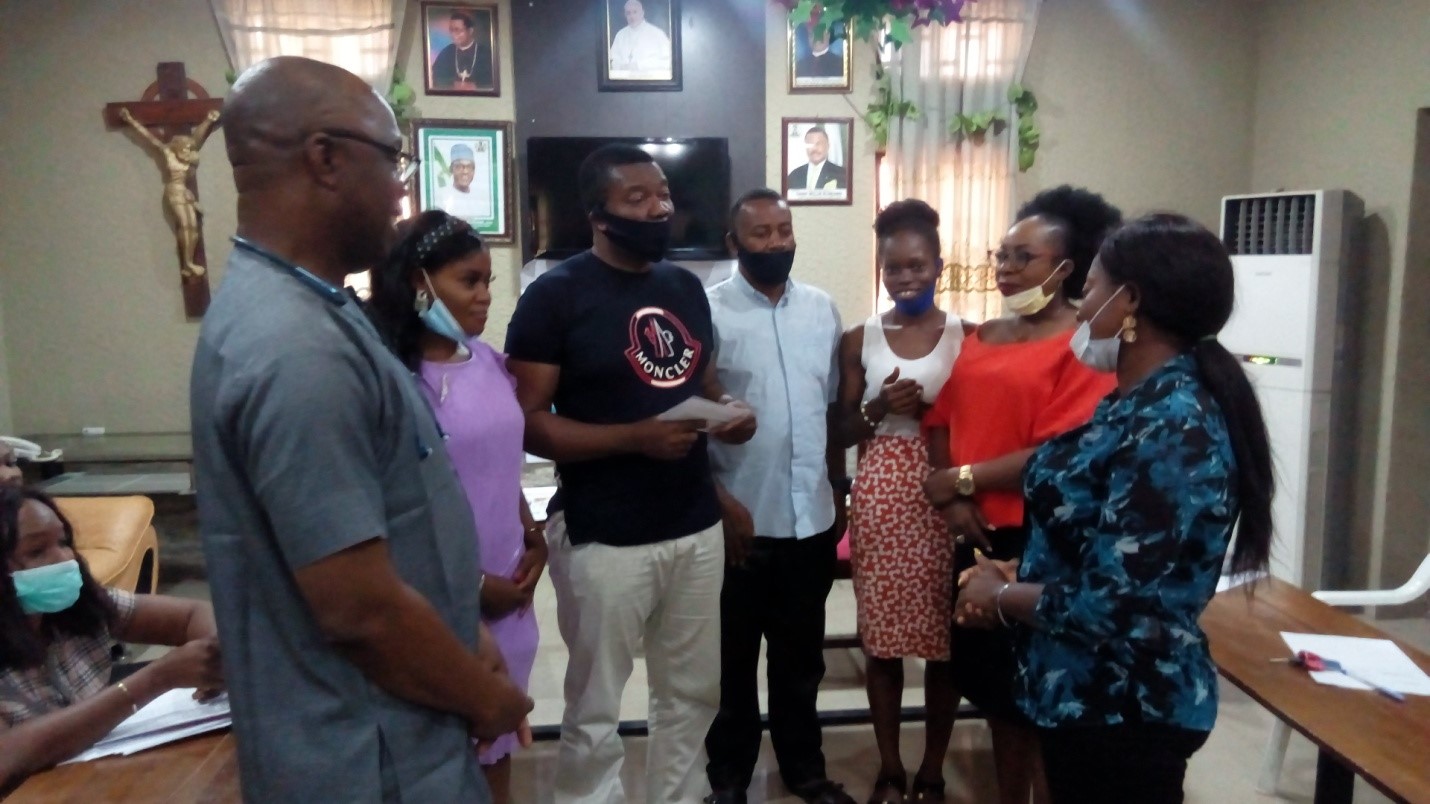 She was commended for the spate of growth which she exhibited since she was absorbed in the company.

Prior to the announcement of the winner, the Director, Fides Media, Rev. Fr Dr Martin Anusi, described Igbokwe as one who was keen about growth in the field of journalism. ‘You are living up to the reason you gave for joining Fides Media which was that you were coming to learn,’ he said.

The Fides Media Director said Igbokwe’s story which won her the award became a talk of the town as he got calls from several quarters of the state, commending her. He commended her for further following up on the story when the Awka South Local Government authorities responded by sacking the traders who sold things at the pedestrian bridge.

It will be recalled that in the February 14-20 Edition of the Fides Newspaper, it was published in the cover page how the Awka South Transition Committee Chairman, Mr Leo Nwuba, led the operation of decongesting the Unizik Junction Pedestrian Bridge. Further reports said his action followed the initial publication by Fides Newspaper written by Igbokwe.

Mr Jude Atupulazi, Editor-in-Chief, Fides Newspaper, while he announced Igbokwe winner of the award, said she proved to have an eye for news which a number of other journalists had ignored or never judged as newsy.

Mr Atupulazi further stated that a story by the quartet of Mercy Hill, Alexander Johnson Adejoh, Precious Ukeje and Adejumoke Alebiosu, on the resumption of schools about 47 days after they were locked down due to COVID-19, was also a good story.

She said she was excited with the opportunity given to her to learn in Fides and looked forward to a more robust working relationship.

Contributing, Mr Ikeugonna Eleke, another Fides reporter and multiple winner of the FiBROM Award, said he had known Miss Igbokwe even before she began working in Fides. Mr Eleke said she was not short of the qualities which the Director had used to describe her.

‘She delivered an alluring acceptance speech even though she is a very shy fellow,’ Eleke added.