A group of feminists taking part in a women’s rights march in Oaxaca City on Sunday attacked Ss. Cosmas and Damian parish, as well as other buildings, both public and private. 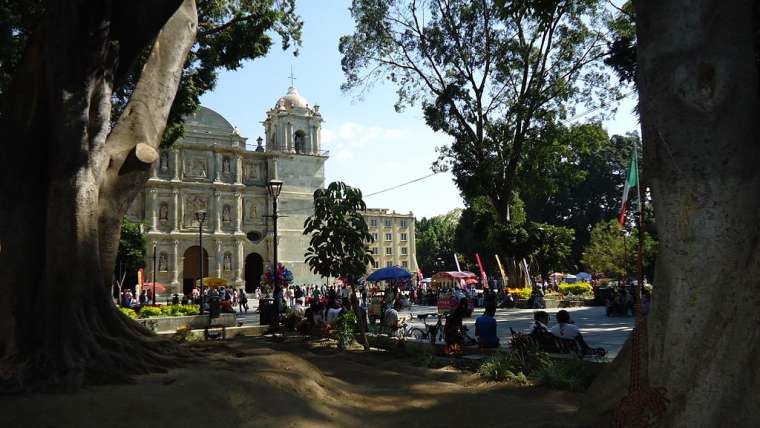 As part of the protests organized in Mexico for International Women’s Day, masked women armed with stout sticks broke open the outer doors of Ss. Cosmas and Damian March 7, smashed the windows of the inner doors, gained entry and stormed inside to tag the interior with graffiti, destroy glass cases, windows, pews, and a confessional.

A statue of Saint Jude was also destroyed, and one of the pews was damaged and thrown out onto the street.

As they passed through the city, they also damaged the Oaxaca Cathedral, the state Ministry of Health, and other private and public buildings.

According to the Mexican news agency Quadratín, the women were protesting commonplace sexual harassment, rapes, killings, and disappeared women, and called for “an end to femicide and transfemicide.”