FCT NYSC Coordinator Harps on Discipline and Commitment of Staff

The NYSC FCT Coordinator, Alhaji Suleman Abdul, last wednesday held his first general meeting with his staff at the NYSC FCT Secretariat, Maitama-Abuja, charging them to be committed and Disciplined in the discharge of their official duties.

The Coordinator pointed out that without the combined virtue of discipline and commitment, no meaningful success can be achieved.

He used the opportunity of the meeting to also praise the officers  for their  support and cooperation  during the recently concluded 2021 Batch A, Stream1 Orientation course which started when he was barely a week as the Head of the Secretariat. 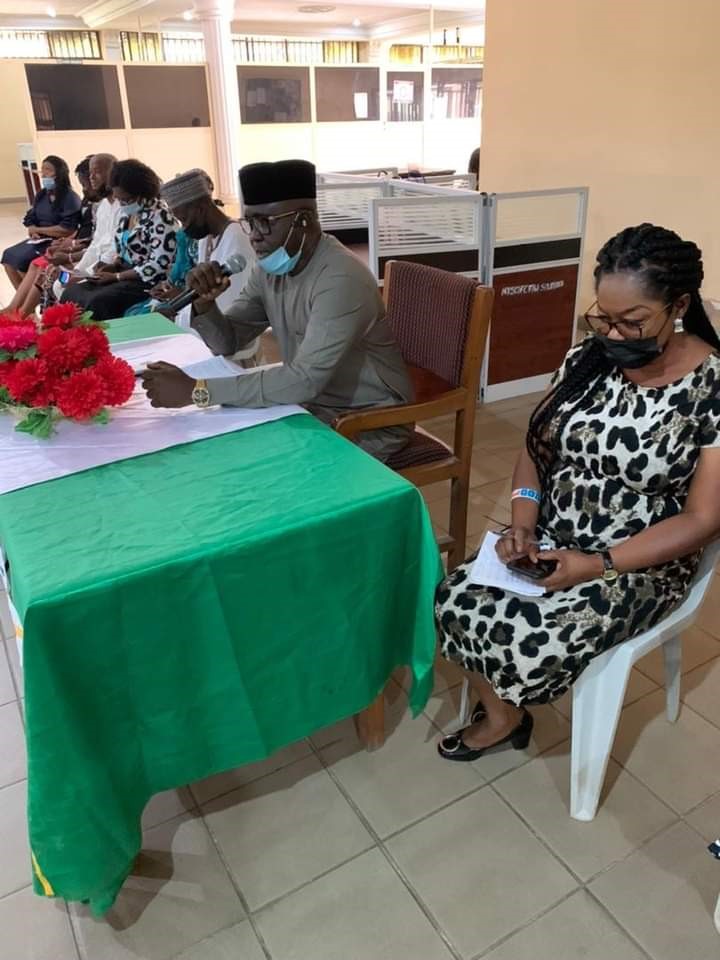 ‘I charged you all to as much as possible own the  system and make it work for the benefit of our numerous customers and ourselves’.  He said.

Alhaji Abdul also advised against petty talks,  jealousy, envy,  malice and other destructive tendencies which he said were unhealthy for peaceful co-existence. He said they should see each other as brothers and sisters.

Alhaji Suleman asserted that there was an urgent need to organize capacity building workshops for staff; and in the  face of the current paucity of funds, management will leverage on the expertise within to train officers. This, he said will start as soon as possible.

The NYSC FCT Boss further noted that the management under his leadership will have zero tolerance to indiscipline,  truancy, disregard for channel of communication and other forms of misconduct. He therefore urged all officers to seat up and face their duties with diligence.

He however called on officers to feel free to constructively criticize decisions taken by management for the good of all.

Across section of staff who spoke at the meeting extolled the leadership qualities of the Coordinator. They said they are happy with the possible changes and achievements recorded with the short time he took over as the FCT Coordinator. They also pointed out some of his  laudable achievements such as the refurbishing of the abandoned Toyota  Hilux  van, the water project in the camp amongst others. They prayed that God gives him the strength to lead aright and achieve more successes during his reign.