He made the disclosure in Onitsha during the official opening ceremony of a newly completed law chamber, owned by Chief Clifford Iloegbune Okoye, a former Chairman of the Nigerian Bar Association, NBA, Aguata branch. 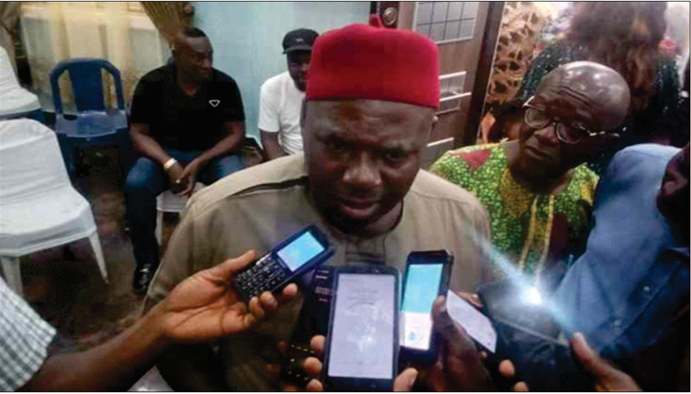 According to Chief Ezenwankwo, when the National Lawmakers return from recess in September, they would review the ultimatum given to President Buhari.

“I think it is a serious thing, because security of life and property is the primary assignment of any responsible government. What we are doing is to make sure we fix the country. If the President is not ready to bring security challenges to an end, we are ready to remove him,” he said.

According to the Lawmakers, if the lawmakers see seriousness on the part of the Presidency to tackle the security crisis, “we would not go ahead with the impeachment, but so long as the insecurity continues, we would not hesitate to impeach the President.”

“Based on justice, equity and fairness, the South East of Nigeria should be given the opportunity to produce the President in 2023”, he said.

On the current ASUU strike, the  Lawmakers said that the National Assembly, has not intervened in the strike because it was purely an executive issue. He, however urged the Federal Government to do everything possible for ASUU to suspend its strike.

Hon. Ezenwankwo said: “We have to be careful in handling the strike, so that our children will go back to school. It is very important. We should not play politics with it. It is unacceptable.”.

He described Barrister Iloegbune Okoye, as a legal guru, who has used his wealth of experience in legal practice to touch so many lives, particularly the down trodden whom he has offered pro bono services without demanding consultation fees.