Ezeudu Explains Why He Resigns As Chief Whip in Anambra Assembly

The member representing Dunukofia Constituency in the Anambra State House of Assembly, Honourable Lawrence Ezeudu, has resigned as the Chief Whip of the House.

Honourable Ezeudu who dropped the position during plenary, explained that he relinquished the position on the grounds that it is conventional for majority party of the House to hold the position of the Chief Whip, coupled with the fact that he now belongs to the minority party, All Progressives Congress (APC).

Fides reports that the lawmaker thanked the House for finding him worthy to serve as the Chief Whip and for cooperating with him for the seven years he occupied the position.

In his remarks, the Speaker of the House, Right Honourable Uche Okafor who read the letter of resignation of the Chief Whip, commended the cordial working relationship that existed between him and the lawmaker, adding that he contributed so much to the unity and peace in the House. 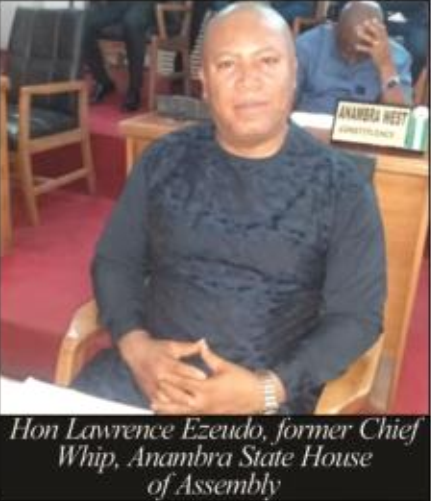 The lawmaker lamented that if nothing was done to checkmate the erosion, it would expand and cave in the entire institution, even as he called on the Federal Government to come to their aid.

For his part, Speaker of the House, Right Honourable Uche Okafor sympathized with the staff, management of Federal Polytechnic, Oko over the ugly incident that befell them.