When we were together in school, the Institute of Management and Technology, IMT, Enugu, he cut a picture of a starry eyed kid. He was among the smallest in class but even then, he was already having ideas and showing early signs of what he would become. Back then he was already sponsoring shows in school, one of which was a campus beauty pageant. Unfortunately, he only spent one year with us before going to the University of Uyo; just as I would later cross over to the University of Port Harcourt. 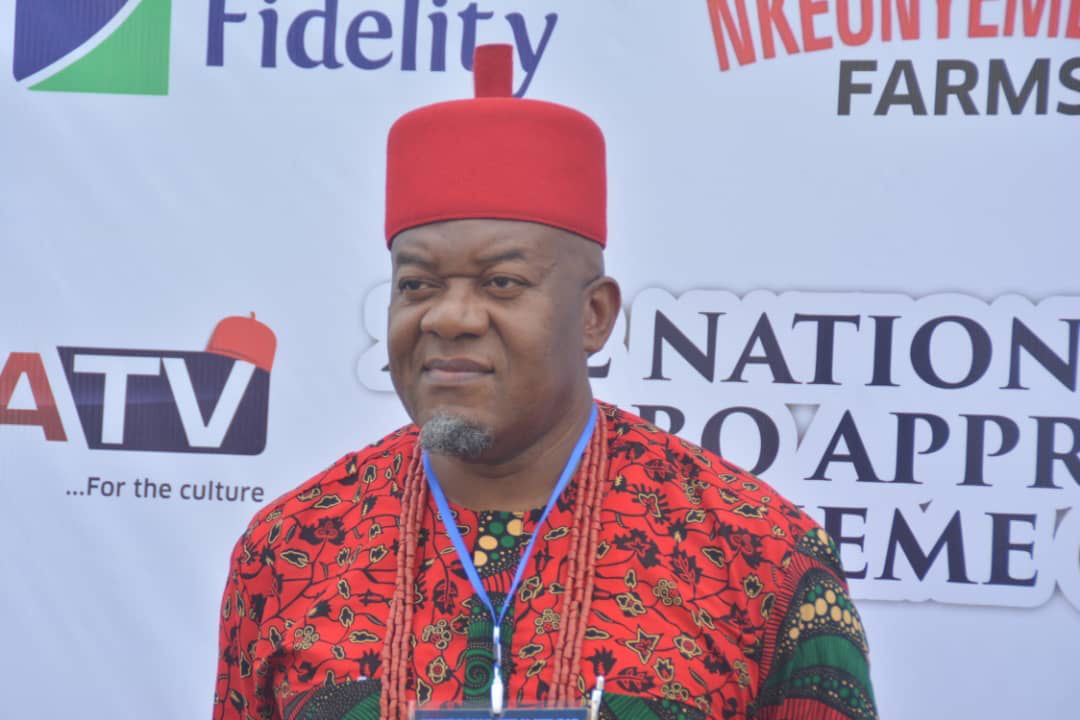 We never met again until 2014. I had gone to the studios of the Anambra State Broadcasting Service, ABS, for a programme. At the end of that programme, I was asked by the host, the late Egbuna Amuta, to follow him to go see their new Managing Director. Immediately I entered the office, the new MD said, ‘Is this not my classmate at IMT?’

We shook hands but even then I was struggling to remember him. The man before me had grown and become huge, a far cry from that chubby, starry eyed kid of years ago. It actually took me some days to begin to remember him as he was back in the days.

Suffice it to say that Nze Uche Nworah is a man of many parts. You can’t fail to spot him in a crowd, not just because of his size and dressing, but because of the tremendous warmth he exudes. He is a born show man and when I say this, that showmanship is on the positive side. If he is eating some delicacy in a restaurant or even buka, the world will know about it. Ditto if he is drinking (be it beer or palm wine). He loves life and lives every day as though it were his last. He is a friend to the mighty and the weak and loves to celebrate others and encourage talent.

Nze Uche Nworah, Ezeudo, as he is widely known, is a typical man of the people, a guy who cares for everybody and who, despite the work load on his shoulders, works with a smile.

He likes to identify with his roots and it was no surprise when the former General Manager in charge of outdoor advertising at Globacom was made a cabinet chief in his community, Enugwu-Ukwu.

He is full of ideas and that was why he changed the fortunes of ABS for good. To say that he was the best ever MD of ABS in its history is to say that the sun is in the skies: an obvious remark.

Perhaps it will be good to hear this testimony by his staff members at ABS: ‘At inception, he met an organization in steep decline; low staff morale due to long years of lack of promotion, mounting pension and gratuity arrears, and other legacy debts, decayed broadcast equipment and infrastructure, very low brand profile, etc.

‘Dr Nworah was never fazed by the enormous challenges he faced. He had his sights on the goal, which was to reposition ABS and make it a competitive, publicly owned media, not only in the South East, but in Nigeria. He was also driven by the desire to leave his footsteps on the sands of time.

‘Nworah presented his work-plan for the repositioning of ABS to Governor Obiano and other members of the State Executive Council at a special session convened sometime in 2014 to chart the way forward for Anambra’s ministries, departments and agencies (MDAs). His plans were promptly approved.’

I add that it is instructive to note that from then, things never remained the same at ABS.

His contributions were not lost on the state government of former Gov Willie Obiano which gave him a state award of ”Anambra State Distinguished Commander”, the second highest honour in the state.

As the tenure of Obiano wound down, he was among the first to resign, even though he was not supposed to as he was not among the category of appointees asked to resign. But typical of Ezeudo, he would like to quit the stage at the height of ovation. There’s no doubt that the state will feel the absence of his vibes, and as his workers aptly captured,

‘When the curtains are finally drawn on Governor Willie Obiano’s eight – year stellar administration in Anambra State, many of his aides and appointees who equally served Ndi Anambra would look back with immense pride. And when the roll call slices through the quiet Anambra air, Chief Uche Nworah, Ph.D, the Managing Director and Chief Executive Officer (MD/CEO) of Anambra Broadcasting Service, ABS, would be among the first to stand up to be counted.’

To Ezeudo, I say it is sad to say goodbye, even though we can still be interacting.