It was all shades of gold on Saturday, July 2, 2022, as the family of Dr. Patrick and Barr. Amaka Ezeno celebrated a tripartite event to mark their 20th wedding anniversary, wife’s 50th birthday and the launch of a book, ”Tightening the Nuts and Bolts of Legal Practice and Law Firm Management”.

The event started with a Holy Mass at St. Thomas Aquinas Catholic Church, Awka, concelebrated by over 15 priests. 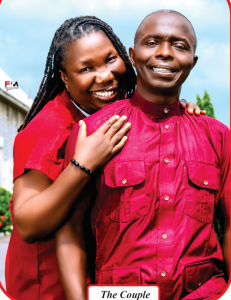 Rev. Fr. Tobias Osigwe in his homily, reflected on the life of the couple, while noting that the outcome of one’s marriage was an influence to the wholeness of one’s life. He emphasized that love was paramount in every union unlike physical appearances which could fade away. He hoped that the couple would enjoy even better years than the past twenty years of their marriage, adding that marriage was sustained by intentional efforts by both partners.

Commending the couple’s style of parenting, Rev. Fr. Osigwe urged parents to emulate the Ezenos by making their children their friends.

He said such atmosphere bred openness which he described as a favourable environment for child upbringing.

The couple renewed their sacramental vows of matrimony in the presence of everyone.

Dr. Patrick Ezeno, in his appreciation towards the end of the Mass, expressed gratitude to his wife for her endless support over the years. He thanked everyone for gracing their event and for being a great part of their story. He also appreciated Fides Media crew for the full coverage of the event. 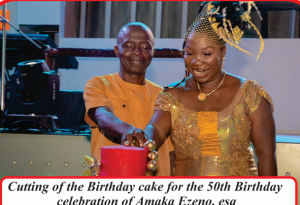 The reception at Stanel Dome followed, marked by the presence of high-ranking personalities from the medical and legal world, among other dignitaries. It featured a book launch, cutting of the birthday and anniversary cakes, musical renditions by the Ichoku Ensemble and the CUCCAZZ Band (comprising the children of the family), and ballet dance by Sochima Anachusi. 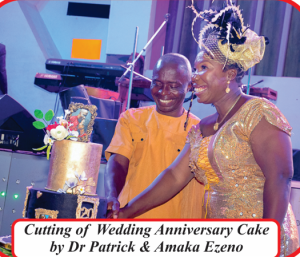 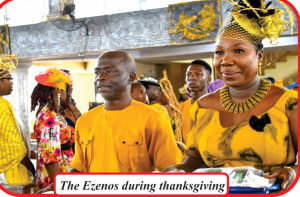 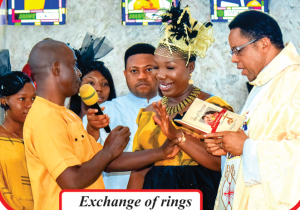 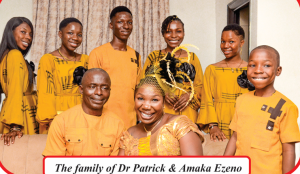 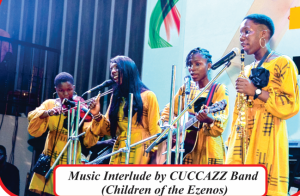