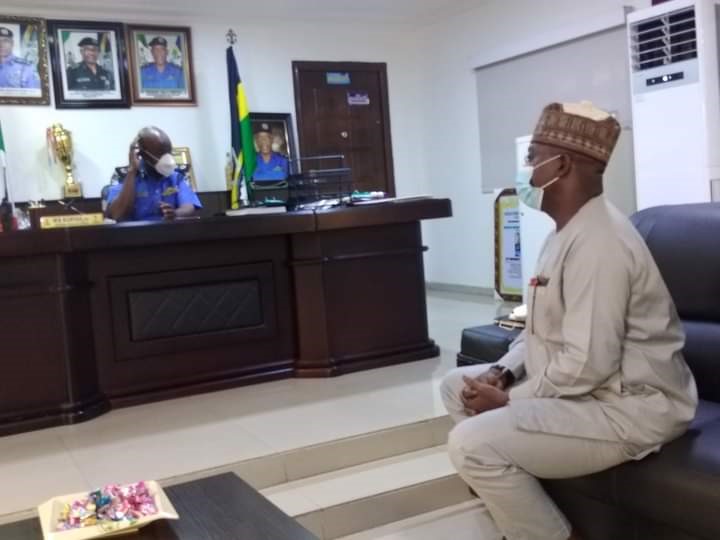 Speaking during the event, the CP Kuryas who expressed appreciation for the visit said he had a close working relationship with the scheme at his previous stations.

‘Having passed through NYSC myself, I have deep respect for Corps members. I have worked closely with NYSC in my previous states. When I was in Nasarawa and Kogi states I was the one who goes to the Orientation camp to represent the Commissioner of Police. I will give you my maximum cooperation,’ He said.

Aremu who spoke earlier said he was on the visit to welcome him to the state, familiarize, and commiserate with the Command over the loss of some police personnel.

Kuryas took over as Anambra CP in February, replaced Mr. John Abang, who was last month promoted to the rank of Assistant Inspector General of Police, AIG.