Ajibola showcased the gadgets during a working visit of the NYSC Director-General, Brigadier General Shuaibu Ibrahim, to the Agency’s Headquarters in Ibadan.

He said the IITA sponsored the execution of the project, which uses digital signal sensor to track soil conditions, soil temperature and other soil nutrients. 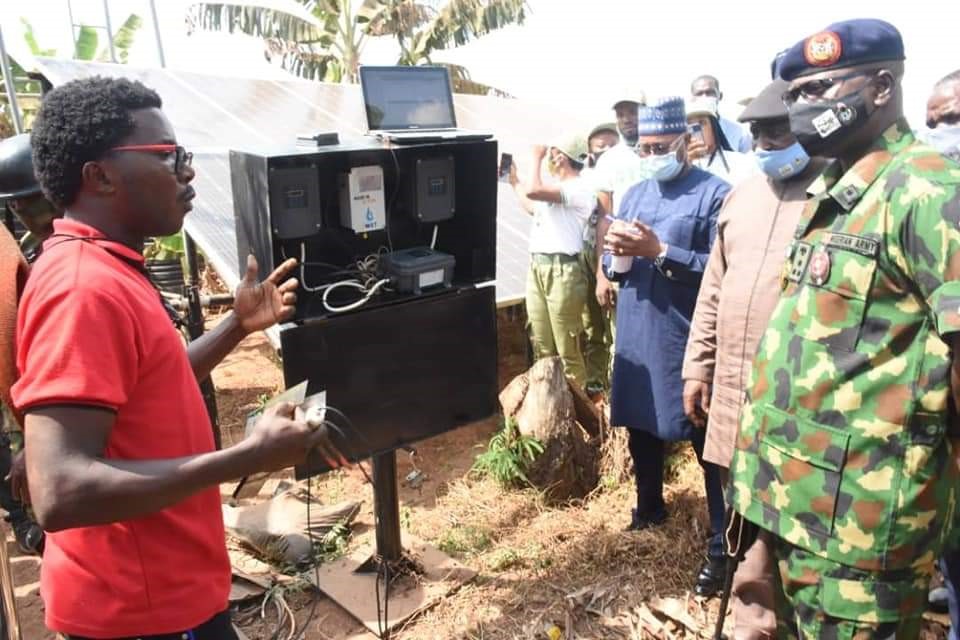 The Ex-Corps Member added that the solar facilities, code-named iWET, automated irrigation activities and had been tested on cassava, yam, maize, cowpea, vegetable farms among others.

He said there was the need to develop a low-cost smart solution that would enhance efficient water management and nutrient use thereby boosting food production in the country.

‘It was designed to improve efficiency and minimize the operational cost of irrigation,’ he said.

Ajibola also said the first pilot assessment on irrigation performance and productivity was demonstrated in November 2018 at the IITA Ibadan.

In his remarks, NYSC Director-General, Brigadier General Shuaibu Ibrahim commended Ajibola for his ingenuity that gave birth to the solar-powered irrigation system.

He also thanked IITA for giving Corps Members the opportunity to identify and develop their talents for the benefit of Nigeria and the rest of humanity.

The Director-General urged other Corps Employers to tap the potentials of Corps Members to enable them contribute more to the socio-economic development of the country.

He also appealed to them to provide the enabling environment for the Corps Members to make deeper impact on the society.