Every Anambra Corps Member is Expected to be Industrious-Aremu

Mr Kehinde Aremu , Anambra NYSC Coordinator, recently urged every corps members in Anambra State to be industrious during and after service.

Aremu who made the call during the opening of Skills Acquisition and Entrepreneurship Development (SAED) in-camp training, at the Anambra Camp, Umuawulu/Mbaukwu, stated that he was determined to discourage every attitude of reluctance and laziness in corps members under his watch. He maintained that they are expected to be actively engaged in all programs, especially the SAED programme. 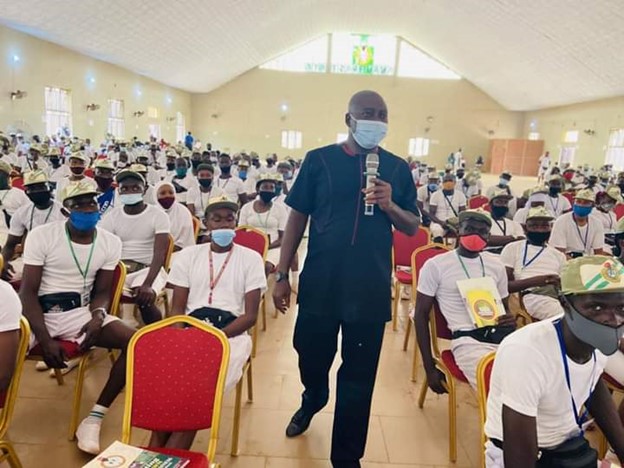 He attributed much of the success story of China to the acquisition of skills rather than education and noted that he was confident that Nigeria could achieve greater speed of development only if the youths were focused and dedicated to acquiring vacations.

Right after the State Coordinator declared the training opened, Mrs. Sarah Akinbuli CEO Wunmsade Couture gave a motivational talk, while the EDP sensitization was carried out by Mr. Peter Chukwu of the National Directorate of Employment, Anambra State.