The out gone year was an election year in Anambra State, and the election to find a replacement for outgoing Governor Willie Obiano, who will leave office on 17th March 2022 was a much anticipated event.

But, in the run up to the election, several other events also took place and helped to shape the politics of the state in the just concluded year. Below are the events.

This could be said to be a carryover of the 2020 #EndSARS campaign which eventually led to attacks on police facilities in which several arms and ammunition were let loose into the wrong hands. 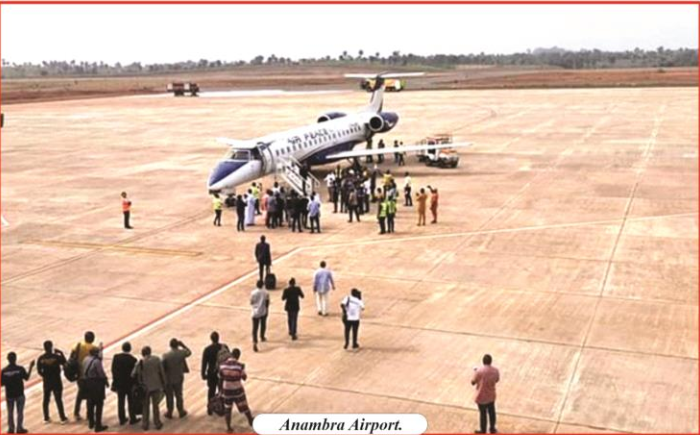 The attackers who later became very popular by the name, unknown gunmen, UGM, were practically loose on everyone in the state. Several police facilities were attacked, INEC head office in Awka was also attacked, police officers were killed and dispossessed of their guns, while politicians were not also spared.

The first major attack was in March, when some unidentified gunmen invaded an event where former Governor of the Central Bank of Nigeria, Prof Chukwuma Soludo, was addressing youths ahead of his guber campaign. Three policemen were killed and dispossessed of their guns, while a serving commissioner in Anambra State, Mr Ezenwanne, was abducted.

The attacks were however crowned by the blood chilling way in which Dr Chike Akunyili was killed in broad day light in Nkpor, Onitsha, with a hail of bullets pumped into his face. Dr Akunyili was the husband of the late former Director General of NAFDAC, Prof Dora Akunyili.

The attacks however disrupted campaigns for the Anambra election, and ended up making the Anambra 2021 governorship election as one without campaigns and proper presentation of manifesto, as most candidates never held any rallies until the election held.

Cult Killings: Cult killings also constitute a carry over from the 2020 EndSARS campaign. The campaign, if not for anything, ended up emboldening youths. Between January and May of 2021, unconfirmed reports recorded that in Awka alone as the capital city of Anambra State, not less than 50 youths were killed in cult related attacks.

Though for every attack, the Anambra State Police Command always promised to track down the killers, the menace has continued, and also crossed over to 2022. The most blood chilling cult killing that was registered in the state was the killing and beheading of a youth suspected to be member of a rival cult group.

In another such related killing, a youth was also killed in Oko, Orumba North Local Government Area, by suspected rival cultists, with his head severed from his body and the body brought to Awka and dumped at Amaenyi area.

Monday Sit-at-Home: The Indigenous People of Biafra (IPOB) have for long been known by their ‘sit-at-home’ mantra, but in 2021, the group upped their game by declaring every Monday a ghost Monday as a way to force the federal government to release its leader, Mazi Nnamdi Kanu, who was arrested in Kenya and brought back home to face trial.

The Monday sit-at-home exercise started in July as announced by the IPOB, but was later discontinued after less than a month of completely shutting down the entire Southeast Zone. Meanwhile, despite an announcement suspending the exercise, most people in the Southeast continued to stay at home for fear of attacks, as hoodlums used the opportunity of the exercise to harass and steal from road users going about their duties. Not a few people were also killed in the exercise, and property destroyed.

Gale of Defections: In the run up to the Anambra governorship election, a gale of defections hit major parties in the state. This however was out of confusion as many politicians were looking to align with the party that would eventually win.

There was however the rumour that President Muhammadu Buhari favoured the candidate of the All Progressives Congress (APC), and that he might win the election. Many politicians dumped their platforms and joined the APC. APC was not the only party that received defectors, the People’s Democratic Party (PDP) and the ruling All Progressives Grand Alliance also did. It was a movement of confusion by politicians as some left their party to join others, while those they were going to meet were on their way out to join the same party they were leaving.

Most notable among the defections were the movement of the Deputy Governor, Dr Nkem Okeke, from the APGA to the APC. He was also joined by six lawmakers who were said to have been poached by Andy Uba, the governorship candidate of APC.

Inauguration of Anambra Airport: The inauguration of the Anambra International Passenger and Cargo Airport was one ground breaking event which many still, say, gave the APGA an edge over other political parties in the election. Obiano first started on 30 April, with a test run of the facilities at the airport where three airplanes landed on the same day. On October 30, Obiano went full blast by inaugurating the airport for use.

That was not without hassles, as one of the opposition political parties, sensing that the inauguration of the airport might give them an edge, was alleged to play a fast one on them.

Governor Willie Obiano was said to be at the Governor’s Lodge, enjoying a small party organised in his wife’s honour on her birthday, when he got a hint that the airport would no longer be commissioned for a reason that was not clearly stated.

First thing the next morning, Obiano landed in Abuja in a chartered plane and pressed all the right buttons. The next day, the airport was ready for commissioning. Today, business is fully running at the airport and the traffic has been described as very encouraging.

Election of Prof Soludo: With the number of heavy weight politicians who came out to vie for the Anambra governorship election, there was doubt about who the eventual winner would be. The very tensed political atmosphere in Anambra State was however doused to an extent, when after the November 6 election in the state, on November 8, the election results of local governments areas were announced, and Prof. Chukwuma Soludo was in the lead.

Even though the election was also moved to November 9 to allow for election in Ihiala LGA were elections had earlier been disrupted, it was already clear to all that Soludo had clinched victory. He won the election with a wide margin, with the PDP candidate and the APC trailing behind him.

The Mkpurummiri Scourge: To this day, the scourge of methamphetamine is still being fought in various communities in Anambra State. The highly addictive drug which is also known as crystal meth or ice, was said to have been discovered to be the main reason for upsurge in cultism, robberies and other sundry crimes in the state.

In local communities, leaders declared war on the drug, its users and sellers. The war against Meth, which is more popular in Igbo land as Mkpurummiri, was fought in a special way as those found to be users of the drug were usually tied to a stake in public squares and their bodies lacerated with lashes.

Though some youths were said to have paid the supreme price in the process of flogging, but the truth remains that it scared sellers and users alike and also drastically reduced the use of the drug.