An annual report released by a special group within the European Union warned of serious religious freedom violations in some parts of the world. It highlighted the importance of protecting this freedom, particularly in developing countries.

The report examined 34 countries that have recently faced threats to religious freedom. It found serious restrictions against freedom of religion in 19 out of 34 nations.

Among the countries with the most serious violations of religious freedom were Afghanistan, the Central African Republic, China, North Korea, Egypt, Iran, Iraq, Saudi Arabia, Myanmar, Nigeria and Libya.

The report, compiled annually by the European Parliament Intergroup on Freedom of Religion or Belief and Religious Tolerance, provides recommendations that the EU can implement in the selected countries to “promote and protect freedom of thought, conscience, religion or belief for all people.”

Among the concerns noted in the report were anti-conversion laws, such as those present in several states in India, which ban conversion from the majority religion of Hindu to minority religions such as Christianity or Islam.

“The EU should also insist on the protection of the rights of non-hindu communities to maintain their own dietary practices and call for action on the impunity enjoyed by self-proclaimed ‘cow-protection mobs’ who are in fact vigilantes who lynch people, and demand their immediate accountability, as per the guidelines,” the report noted.

Anti-conversion laws have also been of particular concern to the legal group ADF International. Robert Clarke, Director of European Advocacy for the organization, said that the report highlights the “challenges we face. We will continue to work to hold those responsible for violations to account, and to challenge laws that prevent people from living in accordance with their faith.”

The report similarly calls on the EU to work to repeal the blasphemy laws in Pakistan.

“At least 19 people are on death row as a result of sentences passed under Section 295c166 of the penal code and many more are serving prison sentences,” the report noted.

As many as 71 people, many of them Christians, are reported to have been killed in the country since 1990 due to these anti-blasphemy laws.

Despite widespread use of the word Rohingya in the international community, the term is controversial within Burma. The Burmese government refuses to use the term, and considers them illegal immigrants from Bangladesh. They have been denied citizenship and numerous other rights since a controversial law was enacted in 1982.

Last year the Rohingya faced a sharp increase in state-sponsored violence in their homeland, which reached levels that led the United Nations to declare the crisis “a textbook example of ethnic cleansing.”

More than 600,000 Rohingya have fled across the border to Bangladesh, and are living in refugee camps, many of which are located in a swampy sort of “buffer zone” along the border between the two countries.

“We cannot accept that people are being killed, tortured, or oppressed, because of their religious convictions or beliefs,” Adina Portaru with ADF International said in a statement after the report’s release.

New this year, the report also highlighted signs of hope related to religious freedom in these countries, “in an attempt to appreciate glimmers of light in otherwise dark places,” its co-authors reported.

Four particular signs of hope were highlighted by the report, among others mentioned within each country’s report.

One such sign of hope is the Interfaith Rainforest Initiative, which met at a conference in Oslo and included religious and indigenous leaders from 21 countries who met with forest advocates, climate scientists and human rights experts “to develop goals and actions, along with milestones to mark their progress.”

Another sign of hope was the Global Anglican commission, a new initiative launched in England and designed to “bring mutual understanding and build trust where there is ignorance, fear and hostility” between different faith groups.

The third highlighted sign of hope was the renewal of a commitment to peace and reconciliation by Burundi’s faith leaders, who also called on the international community to “re-establish good diplomatic relationships” with their government.

The fourth “sweet note of religious harmony” highlighted in the report was in Indonesia, whose Constitutional Court issued a ruling last year that upholds religious freedom and ensures equality before the law regardless of a person’s faith.

The report also recommended the strengthening of the position of the Special Envoy of the group, Jan Figel, by making it a full-time position with adequate human and financial resources.

“[W]e as an Intergroup are committed to do what is possible within our power to prevent the continued violation of freedom of religion or belief,” the report said. “We must put the people of the world before our financial and political interests.” 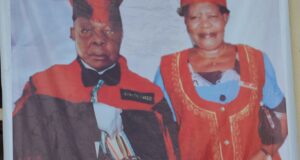 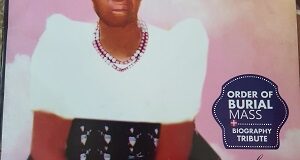 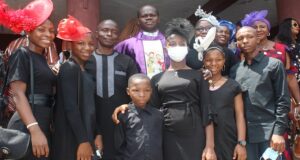