For years work on the Enugu/Onitsha stretch of the express way being constructed by the Federal Government of Nigeria had gone on at a snail’s pace. Sometimes, it had appeared as though it had been abandoned. This had caused the road to suffer more dilapidation, forcing road users to divert to the Old Enugu/Onitsha Road and subsequently putting that road under much pressure.

Recently however, a light has appeared at the end of the tunnel by way of the great progress currently being recorded in the construction of the Enugu/Onitsha Express Way. Though it is only on one lane of the expressway, the speed at which work is going is highly commendable.
At the moment, about 70% of work has been carried out, giving hopes that it will be concluded by before the middle of the year.

We wish to commend the Federal Government of Muhammadu Buhari for the commitment his government is finally showing to the completion of the road.

There is no doubt that this road is a very important one, not just to the people of the Southeast, but to all those from the other parts of the country who use it. The completion of this road will come as a great relief to all concerned and also help to preserve the old road which has been presently witnessing increased traffic due to the bad state of the expressway.

We now urge the Federal Government to ensure that immediately work is concluded on the current lane, the other one should be faced. This will serve to prevent the completed lane from too much traffic.

For now, we commend the Federal Government for being alive to its responsibilities, even as it is hoped that this will be extended to other sectors. 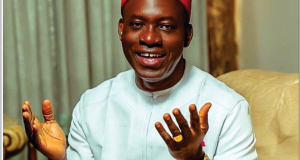 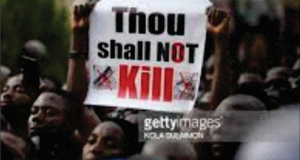 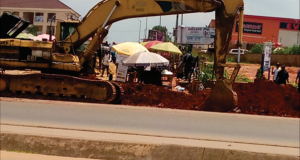