The global community received with utter shock and sadness the sudden demise of the longest reigning British Monarch in history Queen Elizabeth II on Thursday 8th September 2022 at Balmoral Castle in Scotland precisely at 6pm local time at the glorious age of 96years.

The late Queen who was coronated in 1952 after the death of her father late King George VI had reigned for seventy years (1952-2022) before her sudden demise and in accordance with the convention, the 73 years old eldest son of the late Queen and heir apparent Prince Charles of Wales had already succeeded his late mother as King Charles III after his formal proclamation on Saturday 10th September 2022 at St. James Palace in London. 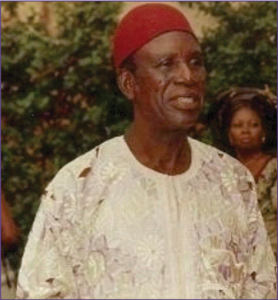 Already activities had been lined up for the Queen’s funeral as well as the formal proclamation and ascension to the English throne by the new King Charles III which had begun in earnest.

The formal proclamation of King Charles III which had taken place on Saturday 10TH September 2022 at St. James Palace in London was attended by important dignitaries including members of the Royal family, members of the House of Lords, and former British Prime Ministers namely;- Tony Blair, Gordon Brown, David Cameron, Theresa May, Boris John and the incumbent Prime Minister Liz Truss amongst others.

During the simple but colorful ceremony, King Charles III took an oath to serve the British people and humanity diligently and with all his might after he had paid glowing tribute to his late mother Queen Elizabeth II whom he described as a pace setter and pledged to continue with her legacies and follow her footsteps.

The British Parliament (House of Commons) had earlier convened on Friday 9th and Saturday 10th September to allow members to pay their last respects to the departed Queen Elizabeth II. In emotion laden speeches every member of the House of Commons paid his/her glowing tribute to the late Queen for her legendary services to the British people as a great stabilizing force as well as her services to the world at large.

Elaborate arrangements are already in top gear for the funeral ceremonies of the Queen which began with King Charles III address to the joint sitting of the House of Lords and the House of Commons where he formally announced the demise of his late mother Queen Elizabeth II as well as his formal proclamation as King Charles III as the new Sovereign of the U.K.

In the meantime however, the coffin of the late Queen Elizabeth II had been conveyed by road from Balmoral Castle to Edinburgh the Scottish Capital where the body was taken to St. Gills Cathedral from where it was moved to Allis Palace for overnight Vigil before her final journey back to London on Tuesday 13th September, 2022.

King Charles III and other members of the royal family were already at Balmoral Castle from where they accompanied the Queen’s coffin to Edinburgh en route London by air on Tuesday 13th September 2022.

The coffin after its arrival in London would be taken to Westminster Abbey where it will lie in state until Monday 19th September 2022 when the funeral finally takes place.

Expectedly, world leaders had been paying their last respects to the departed Queen including President Joe Biden of US, President Emmanuel Macron of France, President Putin of Russia as well as leaders of the Commonwealth of nations among other leaders.

In accordance with the British tradition, King Charles III in company of Queen consort Camilla had already addressed the Scottish Parliament where he formally announced the demise of Queen Elizabeth II and he is expected to equally visit Wales and Northern Ireland to address their Parliaments before the funeral ceremonies on 19th September 2022.

It would be recalled rather with nostalgia that the late Queen Elizabeth II visited Nigeria in 1956 few years after her coronation. It would be recalled also that this writer as a young Police Officer just graduated from the Police College, Ikeja was one of the privileged officers that were posted to man the rail line or tracks between Lagos and Ibadan to ensure the safety of the special train that conveyed the Queen from Lagos to Ibadan during that historic royal visit to Nigeria in 1956.

It is worthy of mention however, that the departed Queen Elizabeth II presided over the decolonization era of the erstwhile British Empire and the granting of independence to the former colonies in Africa and Asia including Nigeria in the fifties and sixties.

In conclusion, the late Queen Elizabeth II will be remembered for her dedication to duty, nobility, love of humanity, empathy, gentle and humourous disposition as well as her legendary smiles throughout her selfless services to the British people, the Commonwealth of nations and the world at large in her seventy long years reign as the British Monarch and Sovereign.

The world seem to have come together in unison to mourn the departed icon Queen Elizabeth II who had left indelible foot prints in the sands of time.

The present generation who knew none other British Monarch than Queen Elizabeth II is excepted to come to terms with the reality of the fact that a new king Charles III is now the reigning monarch on the English throne.

Adieu Epitome of nobility and Royalty