The late Fr Ezejemegwa, fondly known as Fr Zion, died at 58 years on Monday, June 7, 2021, after two weeks of surgeries and pains due to a motor accident he had on May 23, 2021. He was ordained a Catholic priest on August 21, 1993, and hailed from Nanka, Orumba North LGA, Anambra State.

Leading in the concelebrated burial Mass at St Joseph’s Cathedral, Ekwulobia, the chief mourner and Bishop of the Catholic Diocese of Ekwulobia, Most Rev Peter Ebere Okpaleke, thanked God, for, according to him, calling the deceased to the ministerial priesthood, as well as for his grace that sustained Fr Paul Ezejemegwa in the various capacities he served. Bishop Okpaleke prayed God to grant the soul of the deceased eternal rest. 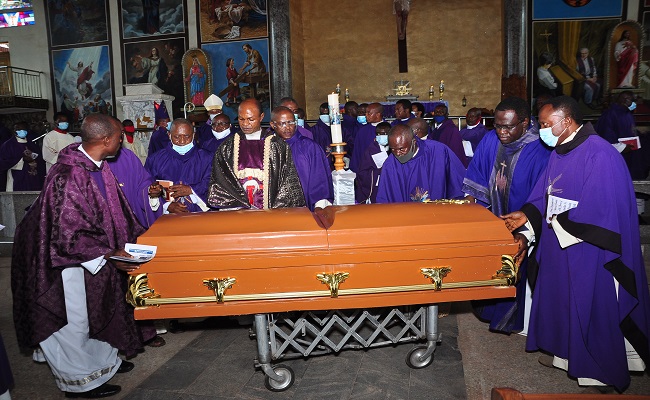 1993 Priests set of Awka and Ekwulobia Dioceses about to move the remains of their late brother priest out of the cathedral after the burial Mass, St Joseph’s Cathedral, Ekwulobia, June 21, 2021.

In his homily, the Secretary to the Catholic Bishop of Awka Diocese, Rev Fr Evaristus Ifeanacho, tasked all to spend their everyday life doing good and bearing true witness to Christ.

Pointing out that death awaited all at a time that man did not know, Rev Fr Ifeanacho enjoined all to, in preparedness for eternal life, live up to the demands of their vocations as priests, lay leaders, knights, political office holders and people of God, with utmost humility.

The homilist, who further based his reflections on the Gospel of John 11: 38-44, exhorted all against actions and attitudes that could hinder them from exemplary life of peace with God and with one another.

The Ekwulobia Diocesan Presbyterium, in a funeral oration signed and read by the Assistant Secretary, Rev Fr Dr Michael Muonwe, eulogised the late Fr Ezejemegwa as a jovial priest who, in his 27 years a Catholic priest, spent his life in propagation of the gospel and for the good of humanity. 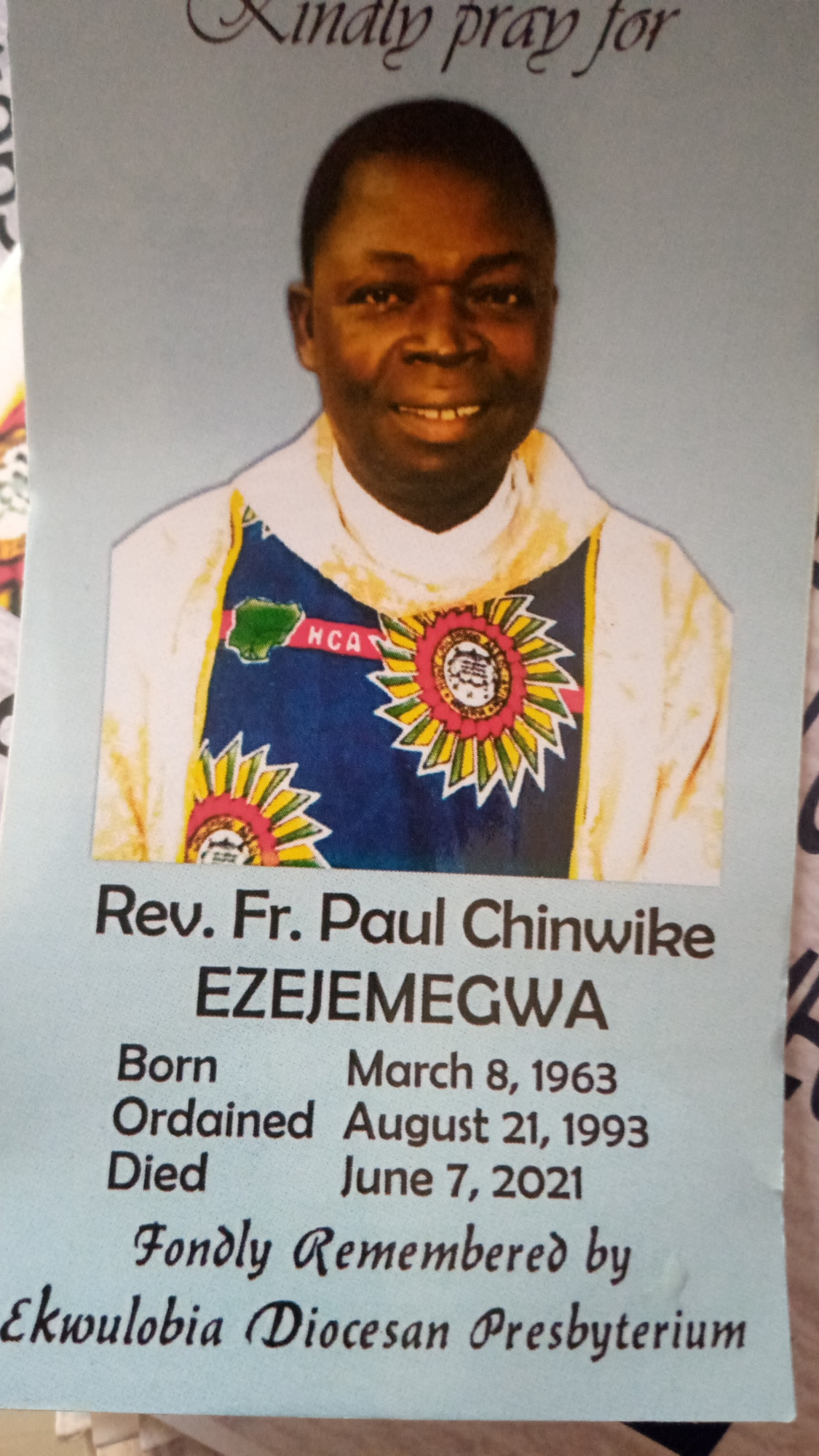 According to the oration, the deceased used his unassuming conduct, infectious smiles, jokes and innuendos, to draw souls to God.

Among those that graced the burial were the Auxiliary Bishop of Awka Diocese, Most Rev Jonas Benson Okoye, who led in the final commendation prayer; 1993 set of priests of Awka and Ekwulobia Dioceses, and many others from all walks of life.