In a trial of murder it is the duty of the court to consider all the defences including self-defence, accident and provocation raised by the evidence whether the person charged specifically put up such defences or not as was held in the Supreme Court case of Uwaekweghinya V. State (2005) 4 ACLR 1 at 17.

Self-defence, as a defence, simply means that the accused person did the alleged act while in the process of defending either himself or some other person and that he had no pre-meditated intention to kill his Attacker or to cause him grievous bodily harm.

Where the person accused of committing murder deployed excessive or disproportionate force on his attacker, it completely take the matter beyond what the law regards as self-defence to the brink of vengeance. When self-defence is not accepted, or is dismissed, the person standing trial for murder loses the right to be completely absolved or exonerated.

Self-defence, if successfully pleaded and affirmed is a justification or excuse for the act alleged to be a criminal offence. It is a complete defence to the charge. It exonerates the accused person of any wrongdoing

The right operates on the principle that it is the first duty of man to defend himself. The right to self preservation is biological and an inalienable right. Self-defence ordinarily casts reasonable doubts that the accused person intentionally committed the alleged offence.

The facts of repeated and multiple stabbings of the deceased on the neck, abdomen and back, for example, will clearly establish use of excessive or disproportionate force on the deceased. The fact also does not establish an intention, merely, to neutralize the deceased. The accused person who used excessive force on his assailant cannot be heard to say that he had no safe or reasonable mode of retreat and that the taking of the life of his attacker was, at the material time, an inescapable necessity.

The four factual components of the plea of self-defence are: (a) The accused person must, himself be free from fault or blame in bringing about the encounter. He must not be blame worthy, for if he was

blame worthy then he cannot benefit from his own iniquity. (b) There must be present an

impending peril to human life or of some grievous bodily harm. The existence of such peril must be real or an honest belief of an existing necessity. (c) There must be no state or reasonable mode of escape by retreat. (d) There must have been a necessity for taking of life. It must be borne in mind that the accused person was under a tense mental situation upon which, within a split moment, he must act. The state of his mind is material, particularly that within such split-moment the accused has very limited options available to him. I should think the only accused person who can successfully plead self-defence is the one who acted at the spur of the moment to ward off the peril either to himself or to another person coming from the attacker killed. The law does not permit him to act in a manner excessive or disproportionate. The test is whether from the circumstances he acted in a manner reasonably necessary. 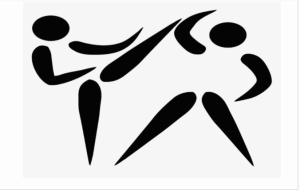 It is my humble submission based on a plethora of judicial authorities that where a plea of self-defence is upheld, it will completely absolve the accused from criminal liability and the accused will then be entitled to acquittal and discharge. I most respectfully refer the Honourable Court to the case of Ajunwa V. The State (1988) 4 NWLR (Pt. 89) 380 (1988) 9 SC 10.

“When a person has unlawfully assaulted another or has provoked          an assault from another, and that other assaults him with such   violence as to cause reasonable apprehension of death orgrievous            harm, and to induce him to believe, on reasonable ground, that it is necessary for his preservation from death or grievous harm to use           force in self-defence, he is not criminally responsible for using any      force as is reasonably necessary for such preservation, although           such force may cause death or grievous harm.”

The purport of self-defence in law is to negative the existence of an offence so that where a person kills another in self-defence the killing, unlike in provocation as a defence, does not amount to an offence but total exoneration of the accused. Thus the accused should be discharged and acquitted of any offence.

ON DEFENCE OF ACCIDENT:

Section 14(1) of the Criminal Code(Cap. 36) Revised Laws of Anambra State, 1991 provides that a person is not criminally responsible for an act or omission which occurs independently of the exercise of his will, or for an event which occurs by accident.

Once the defence of accident is successfully taken, the person ident was defined as follows:

accused of committing offence of murder should be entitled to an acquittal. This is so because to make a man liable for an offence which he does not know that he is committing and is unable to prevent is repugnant to the ordinary man’s concept of justice and would bring the law to contempt. I call in aid to this submission the case of Agbo V. State (2004) 7 NWLR (Pt. 873) 546 & 302 and Black’s Law Dictionary 8th Edition at P.15 wherein accident was defined as follows:

ON THE DEFENCE OF PROVOCATION:

The law is well pronounced on the character of the defence of provocation. In other words, where it succeeds, it has the effect of whittling down the punishment stipulated from the offence of murder to manslaughter. See Edoho V. The State (2010) All FWLR (Pt. 530) 1262 at 1287 and Uluebeka V. The State (2000) FWLR (Pt 11) 1827 at 1850. However, for provocation to constitute a defence in murder cases, it must consist of three elements which must co-exist, namely: (a) That the act of provocation was done in the heat of passion. (b) That the loss of self-control was both actual and reasonable, that is to say, the act was done before there was time for cooling down. (c) That the retaliation is proportionate to the provocation. Again see the case of Edoho v. The State (supra) at page 1286.

the act of provocation was done in the heat of passion. (b) That the loss of self-control was both actual and reasonable, that is to say, the act was done before there was time for cooling down. (c) That the retaliation is proportionate to the provocation. Again see the case of Edoho v. The State (supra) at page 1286.

The effect of a successful plea of the defence of provocation is to reduce the offence of murder to the lesser offence of manslaughter. Thus, when a person unlawfully kills another in circumstances which would constitute murder does the act which causes death in the heat of passion caused by grave and sudden provocation and before there is time for his passion to cool down, he is guilty of manslaughter instead of murder as was held in the cases of Onyia V. State (2006) 11 NWLR (pt. 991) 267; Ajunwa V State (1988) 4 NWLR (pt.89) 380.

It is however a settled principle of law that before a person accused of murder can rely on the defence of provocation, he force used by the said person must be proportionate with that used by the deceased.

The defence of provocation, unlike the defenceof self-defence, does not exculpate the person accused of the commission of the offence of murder, it only mitigates the punishment.

It is not sufficient merely to raise provocation as a defence. There must be evidence on record in respect of which the court can find that the person facing trial was actually provoked as provided by the law.