EFFECT OF A POWER OF ATTORNEY

A Power of Attorney is a document, and may be under seal, which authorises a person to act for another person as his agent. The person who donates the power is called the ‘donor’ while the person donated is called the ‘donee’. The power conferred on the donee may be either general or special. 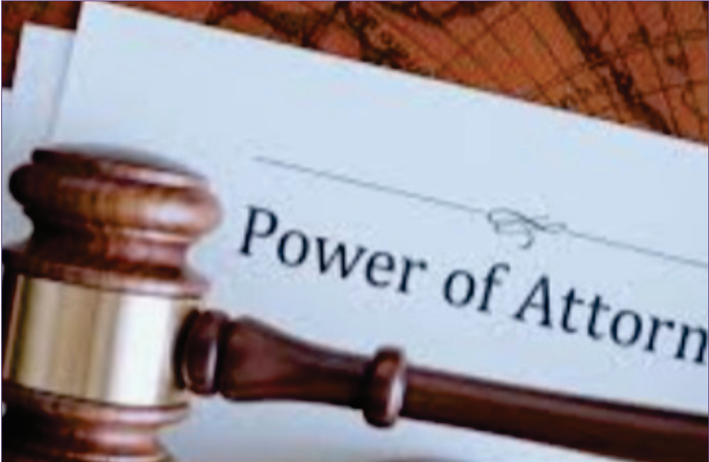 In a Power of Attorney, the most important factor is the name and the signature of the donor. Section 118 of the Evidence Act, Laws of the Federal Republic of Nigeria, 199O as amended stipulated that the Power of Attorney must be executed before and authenticated by a Notary Public, or any Court, Judge Magistrate, Consul or Representative of Nigeria or, as the case may be of the President for same to be duly executed and authenticated. 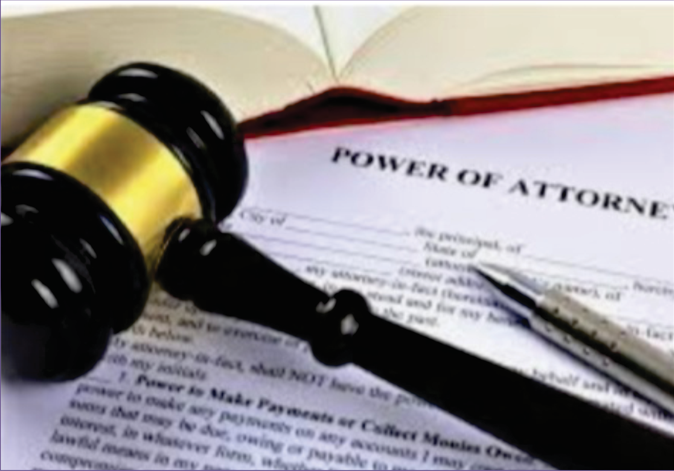 The law is well settled to the effect that a power of attorney is merely a warranty to the donee to exercise certain powers on behalf of the donor thereof. It does not transfer interest in the land and alienates the land in favour of the donee automatically so far as it is categorised as a document of delegation. It is only  after, by virtue of the power of attorney, the donee leases or conveys the property, the subject of the power, to any other person including himself then there is an alienation or conveyance. This is the decision of the Supreme Court in the case of Ude v. Nwara (1993) LPELR-3289 (SC); (1993) 1 NSCC 236; (1993) 2 NWLR (Pt.278) 638.

It is inconceivable that the right of the donor over certain property will be subordinated to that of the donee by reason only that he has, as it were, made a delegation of such right to the latter. The better view is that so long as the donee has not exercised the power comprised in the Power of Attorney it is clearly open to the donor to exercise the same power. Therefore, where the donee has in fact exercised the power under the Power of Attorney the donor’s power in this regard expires.

The Court of Appeal, Per OBASEKI-ADEJUMO ,J.C.A ( Pp. 43-44, paras. E-F ), held in NWANKWO v. AGWUNA (2007) LPELR 8445 (CA) thus; “Moverover, a Power of Attorney cannot confer title on a donee. It is a mere delegation of the powers of the donor to the donee. In the case of Ude v. Nwara (1993) 2 NWLR (pt 277) 638 at page 665 the Supreme Court had this to say on defining power of attorney: “A power of attorney merely warrants and authorizes the donee to do certain acts in the stead of the donor and so is not an instrument which confers, transfers limits, charges or alienates any title to the donee: rather it could be a vehicle whereby these acts could be done by the donee for and in the name of the donor to a third party. So even if it authorizes the donee to do any of these acts to any person including himself, the mere issuance of such a power is not per se an alienation or parting with possession. So far, it is categorized as a document of delegation: it is only after, by virtue of the power of attorney, the donee leases or conveys the property, the subject of the power, to any person including himself then there is an alienation. See also the cases of Abu v. Kuyabana (2002) 4 NWLR (Pt. 758) 599, Olorunfemi v. Nig. Bank Ltd. (2003) 5 NWLR (pt 812) 1 and Amadi v. Nsirim (2004) 17 NWLR (Pt. 901) 111.” per OGEBE ,J.S.C ( PP. 4-5, PARA F).”

I therefore advice that any time you purchase a parcel of land, you must make sure you execute the requisite instrument of transfer in order to secure your title to same.