The sit-at-home order issued by the leader of the Indigenous People of Biafra, IPOB, Nnamdi Kanu, was heavily complied with in Awka, the Anambra State capital, and other parts of the state, report Precious Ukeje and Alexander Johnson Adejoh.

Fides recalls that the IPOB leader, who, stays in faraway London, had issued an order for residents of the Southeast states of Abia, Anambra, Ebonyi, Enugu and Imo, to stay indoors on Sunday, May 30, 2021, in remembrance of Igbo who were killed during the 1967-1970 Nigeria-Biafria Civil War.

However, a succeeding order indicated that Christians were to be allowed to go worship God on Sunday, prompting the remembrance to be shifted to Monday, May 31, 2021.

A look around town on Monday, showed that business and human activities were almost totally grounded in Awka and other parts of Anambra State.

Eke Awka axis was devoid of its usual human and bubbly vehicular movement, even though a few tricycle operators were seen by this newspaper moving about and picking passengers going to Amawbia. This was earlier in the morning. 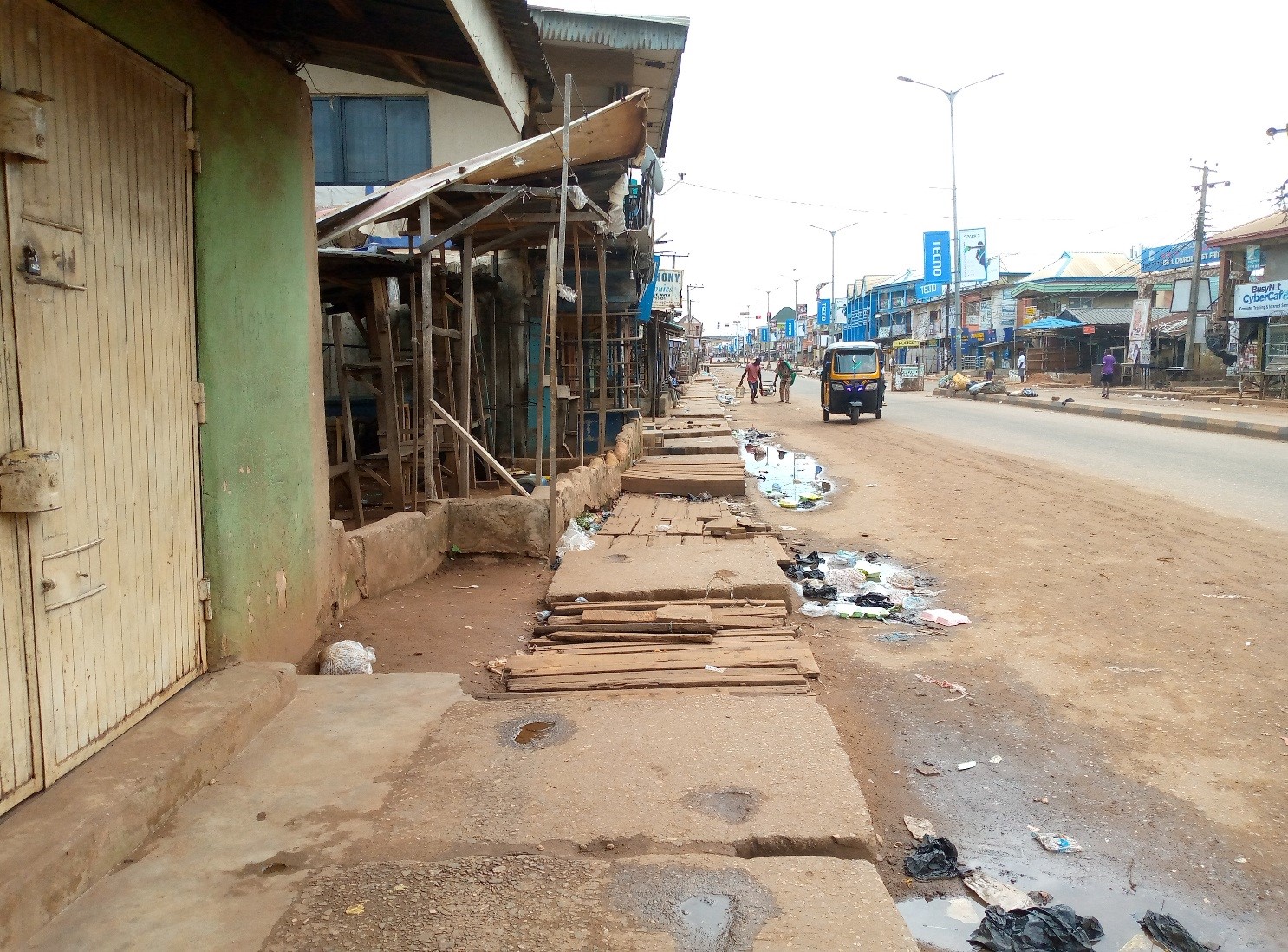 A part of Eke Awka Market during the May 31 sit-at-home in honour of Biafra’s fallen Heroes which recorded massive compliance.

Later in the afternoon, Fides observed again that everywhere remained dry with few provision shops and restaurants half open, a development, some artisans said, was to aid people who needed to buy something to eat, even though they kept a watchful eye for those who could try to enforce the order.

In the evening, some youths living around the area began to accost some tricycle operators and extorting money from them as they stood in their numbers at Zik Avenue by Isiagu Street.

At Ossy Gambia Street, off Old INEC Road, Awka, Fides observed that economic and social activities suffered serious setback as only one shop was open, with many other people remaining indoors. Apart from those who opted to respect IPOB’s sit-at-home order on their own volition, many others stayed away for fear of being attacked by IPOB members.

Roads were deserted, markets were closed and public transport services were withdrawn by operators. Some school owners announced a compulsory mid-term holiday to enable pupils to remain at home with their parents.

Areas with heavy security presence included Aroma Junction; Amawbia Roundabout which had been blocked for over a month now owing to rising insecurity in the South East Region; and some government institutions.

It is believed by many, however, that a number of persons stayed back at home for fear of being molested by members of the security arm of IPOB. Others stated that the day needed to be respected even by the government at the centre.

Meanwhile, it is believed that this year’s sit-at-home order recorded the most compliance, regardless of whatever reasons people had for staying away from the roads.

Also little or no violence was recorded, unlike previous occasions.