Ebonesie Progressive Union (EPU), Awka Branch comprising Azia, Mbosi, Orsumoghu, Isseke, Lilu, and Ubuluisiuzo all in Ihiala Local Government Area of Anambra State recently at Awka appreciated God for keeping the organization together in one piece. They also marked the end of the year 2020 and the beginning of the 2021.

In his opening remarks, the Chairman of Ebonesie Progressive Union, Awka Branch, Professor Dennis Nnanna Aribodor of the Nnamdi Azikiwe University, Awka while thanking God said it was good to end and opened the year officially with Thanksgiving and merriment, noting that end-of-the-year party remained a great way to strengthened ties and celebrated accomplishments within an organization.

He said that the challenges of Coronavirus Pandemic, Security, EndSARS protests, and Economic downturn of the year 2020 notwithstanding, there was still need for them to celebrate and be grateful to God both as individual and as a group under the umbrella of Ebonesie. 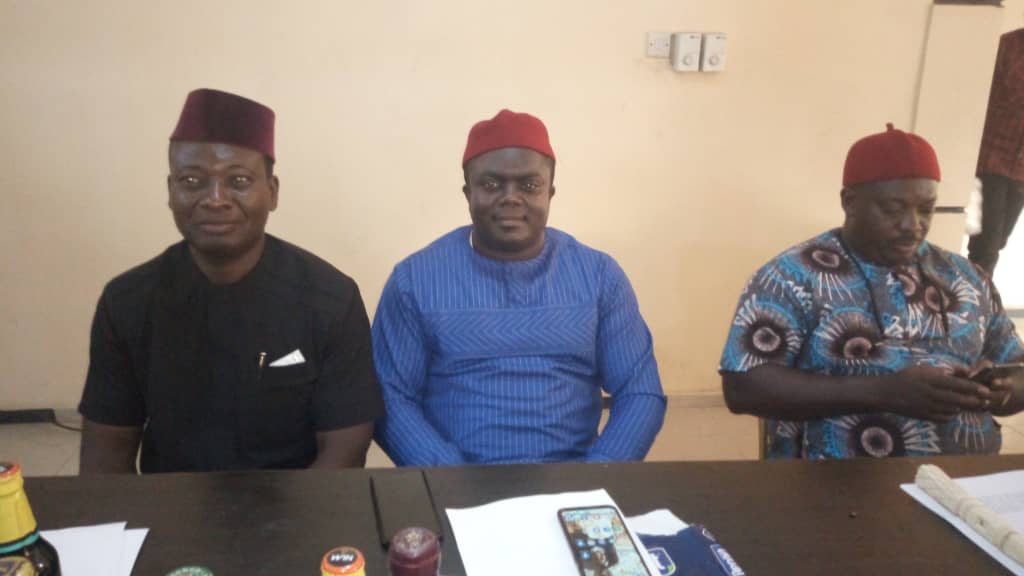 Aribodor stated that the outgone year no doubt had its pain on their Association and that they lost to death, a dedicated and hardworking member (an executive member of the Union, whom he said through her office served their people, the Late Marysmiler Nwazulume from Orsumoghu, adding that the former Chairman of EPU, who served meritoriously, a retired senior civil servant in Anambra State, Mr. D. O. Onuigbo from Isseke lost his wife.

He stated that Rt. Hon. Agbodike sponsored this year’s end of the year party and that it was the second time he was doing the same thing,saying that he did all that to show the love he had for the people of Ebonesie comprises six communities which included Orsumoghu, Azia, Mbosi, Isseke, Lilu, and Ubuluisiuzo

According to Prof. Aribodor, EPU,Awka Branch, was formed in the year 1991/92 immediately after the creation of Anambra State from the old Anambra State on 27th August 1991, noting that Since then, the organization had grown from strength to strength in capacity and capability, adding that the main objective of forming the Union was to foster unity among the component towns that make up the clan (namely: Azia, Mbosi, Orsumoghu, Isseke, Lilu and Ubuluisiuzo), integrate as a pressure group, and to attract government attention, projects and amenities to our localities using various strategies.

He announced that they meet every second Sunday of every month except in January and September because of new year and new yam festivals, respectively, noting that as a organization, they had taken bold steps in the past when they launched a peace initiative programme with Presidents-Generals and representatives of the six towns, which he said took place in Awka on 5th August 2010.

‘The success of that particular initiative motivated us to schedule and hold subsequent meetings with the traditional rulers and other critical stakeholders in order to achieve to live up to our mission . With the support and approval of our revered traditional leaders, EPU Awka was able to hold several other monthly meetings at the famous St. Mary’s Catholic Church, Orsumoghu.

‘These meetings attracted prominent personalities, president-generals, opinion leaders, party leaders, women and youth movements among others. We were able to invite the then Governor of Anambra State, Mr. Peter Obi, through the member representing Ihiala II Constituency in the Anambra State House of Assembly, Hon. Uzama Okpaleke, to grace one of our meetings at Orsumoghu on 4th January, 2011.

‘The visit of the Governor was a great success as he there and then approved the tarring of our roads to be from gutter to gutter, and this was carried out immediately. It is worthy to mention some names who stood by us to achieve this feat. These include Late Chief Leo Eleanya and Prof. Titus Eze; both delivered wonderful papers during the launching of the Peace Initiative programme which held in Awka.

‘This year 2020, Rt. Hon. Paschal Agbodike PhD, our hearted Deputy Speaker, Anambra State House of Assembly promised and has as usual kept the promise as we are witnessing today. Members of Ebonesie Progressive Union, Awka Branch, said I should say a big THANK YOU! to you all. It is our hope that this benevolence should continue among us. We have other prominent members of EPU Awka who may not always be present but have shown and continue to show commitment.

‘So, what are the ways forward? EPU Awka presently is undergoing a kind of renewal. We have produced a new constitution which shall be presented today. We are reaching out to more of our people to understand the project at hand. Our efforts are still work in progress but I can assure you that we shall succeed. We call on our hardworking and revered Ndi Igwe and Presidents-General of town unions, opinion leaders and other stakeholders to see the need to work together for the good of our people. EPU Awka Branch has set up a committee to draw the road map for the future.

‘Our end of year party usually is sponsored by our members through levies and donations. However, in the last three years, through the benevolence of generous and illustrious members, this burden has been lifted off our shoulders. May I on behalf of EPU Awka Branch express our sincere appreciation to those making things easier for us. Last two years, in December 2018, Hon. Paschal Agbodike PhD, our representative in the House of Assembly graciously sponsored our end of year party. In December 2019, Hon. Benneth Udensi made good his promise of 2018 and sponsored the end of year party,’ he concluded.